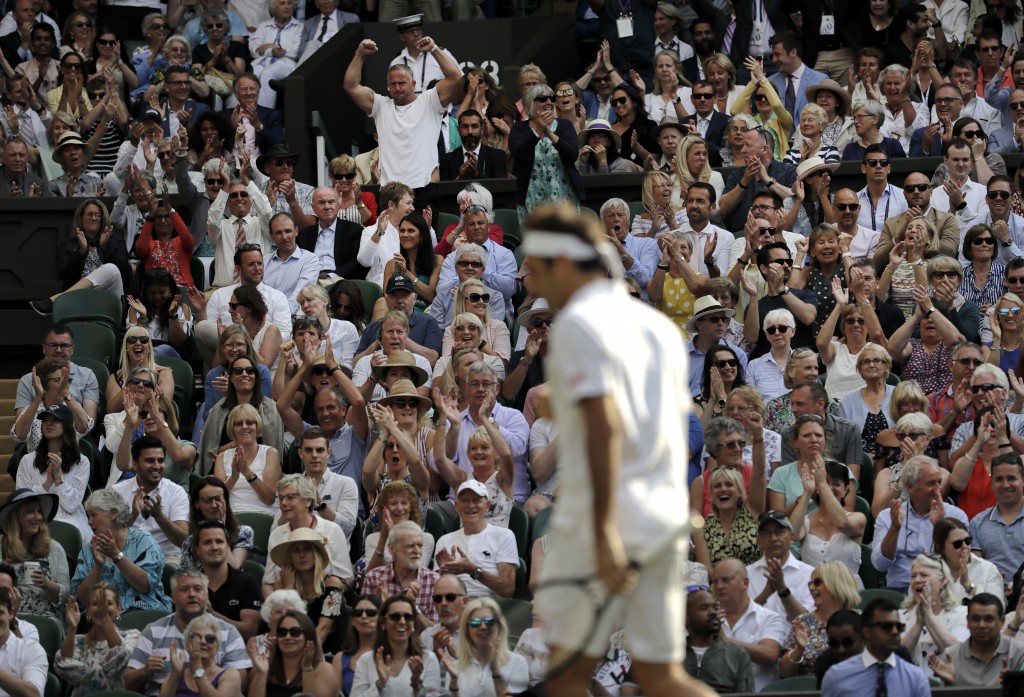 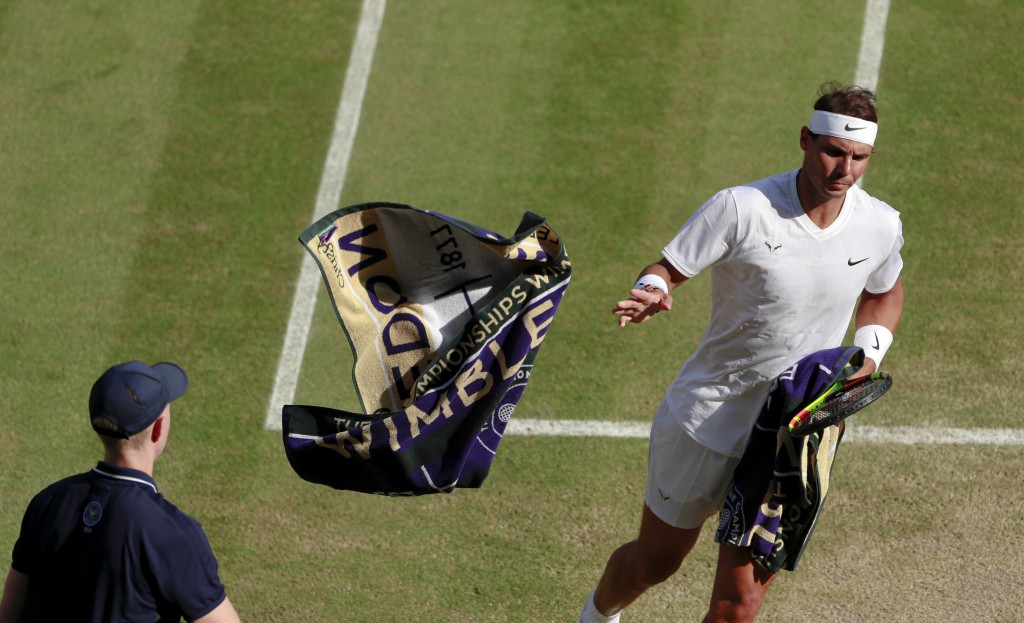 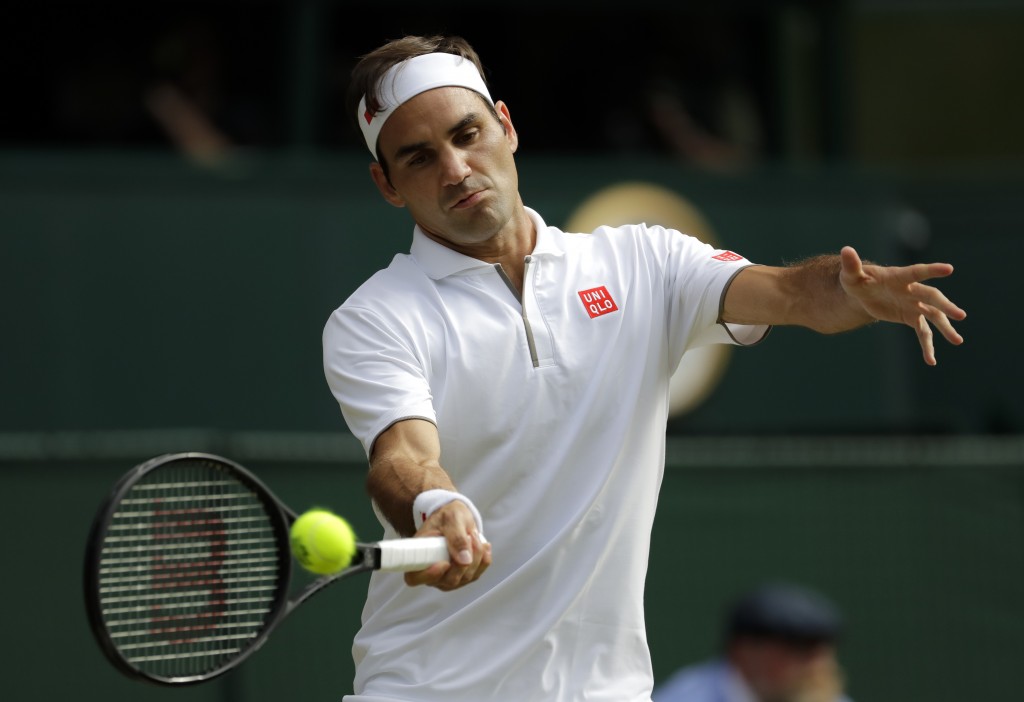 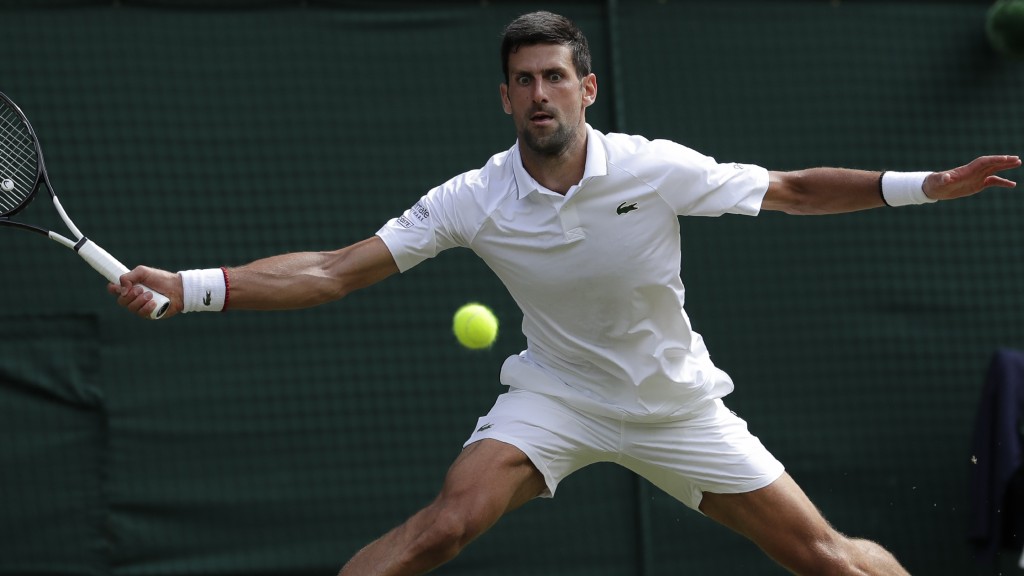 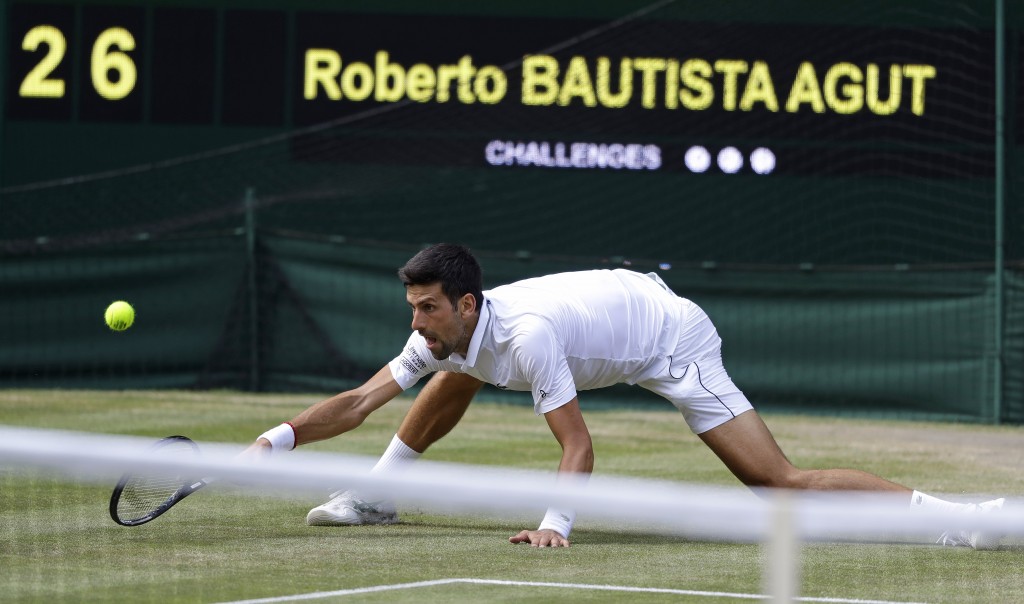 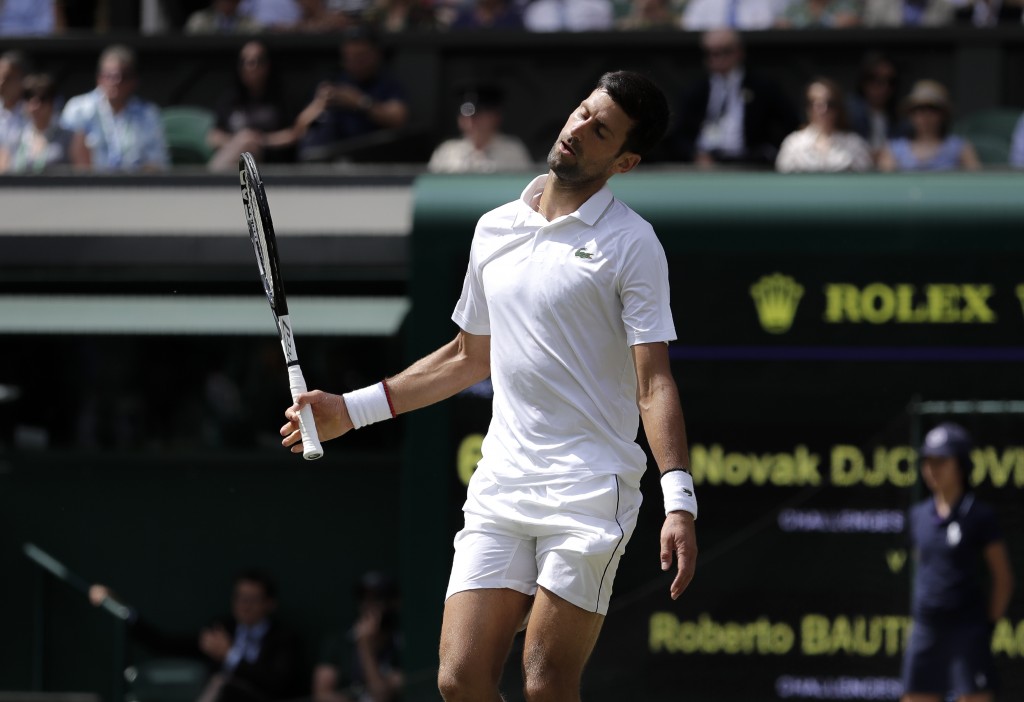 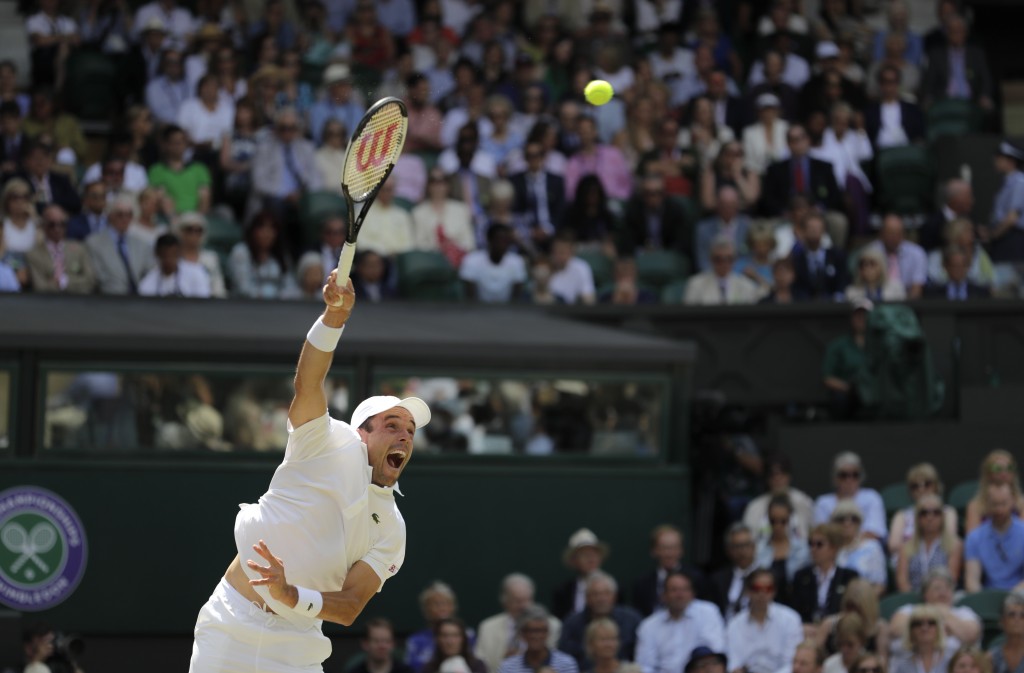 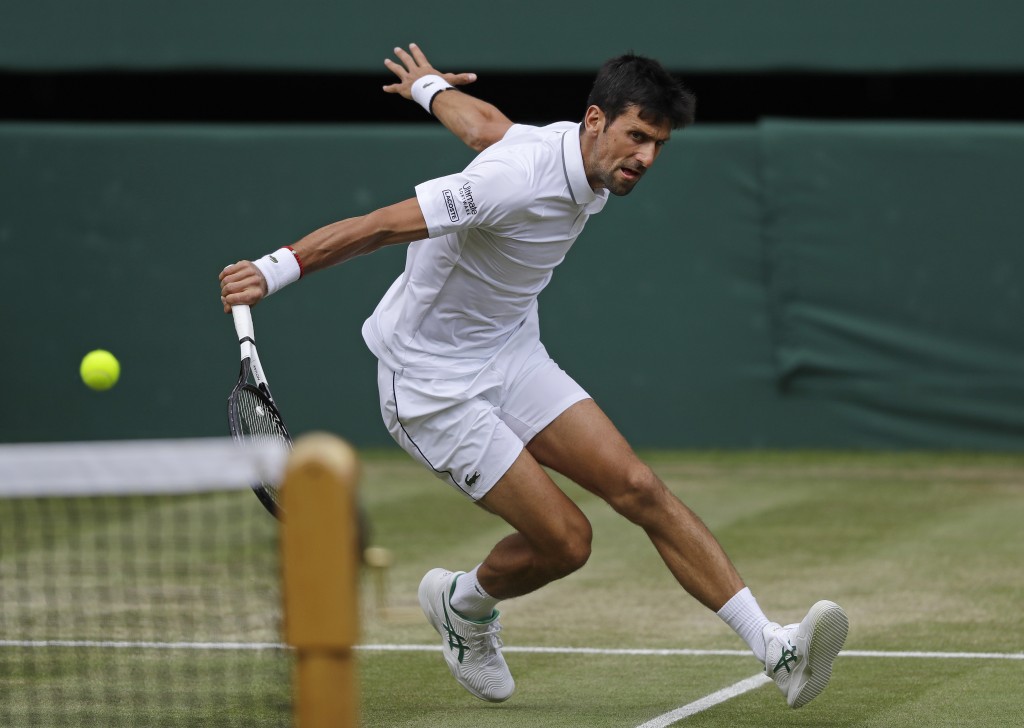 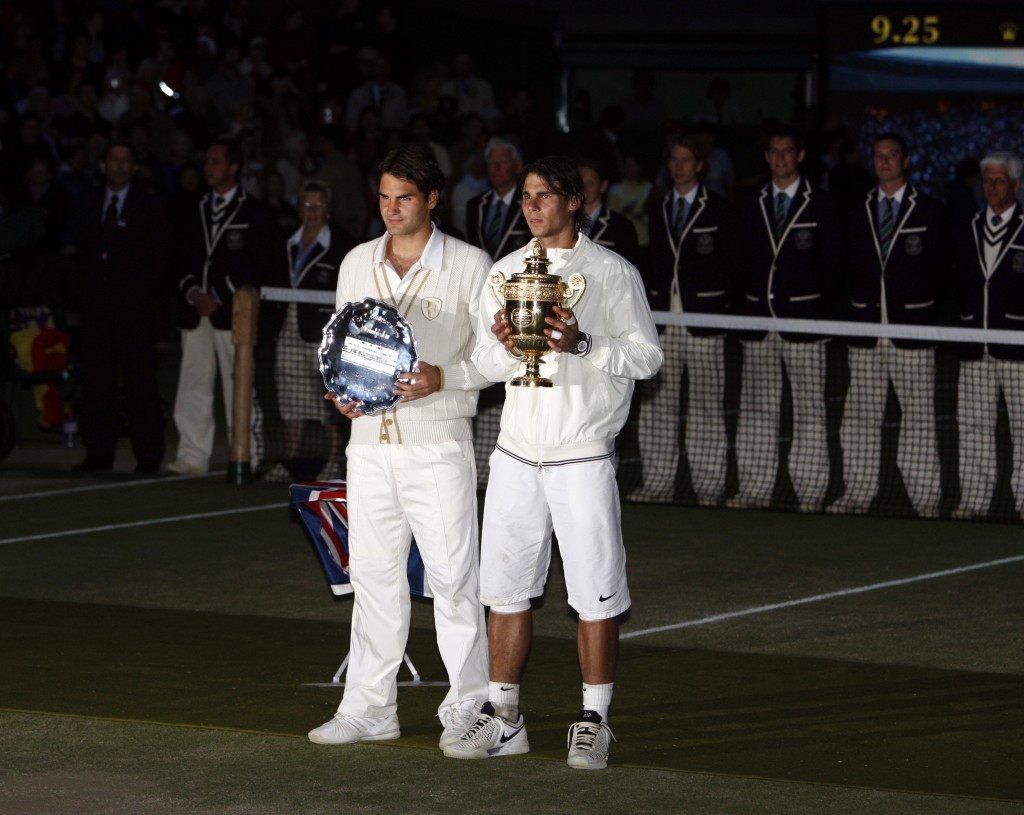 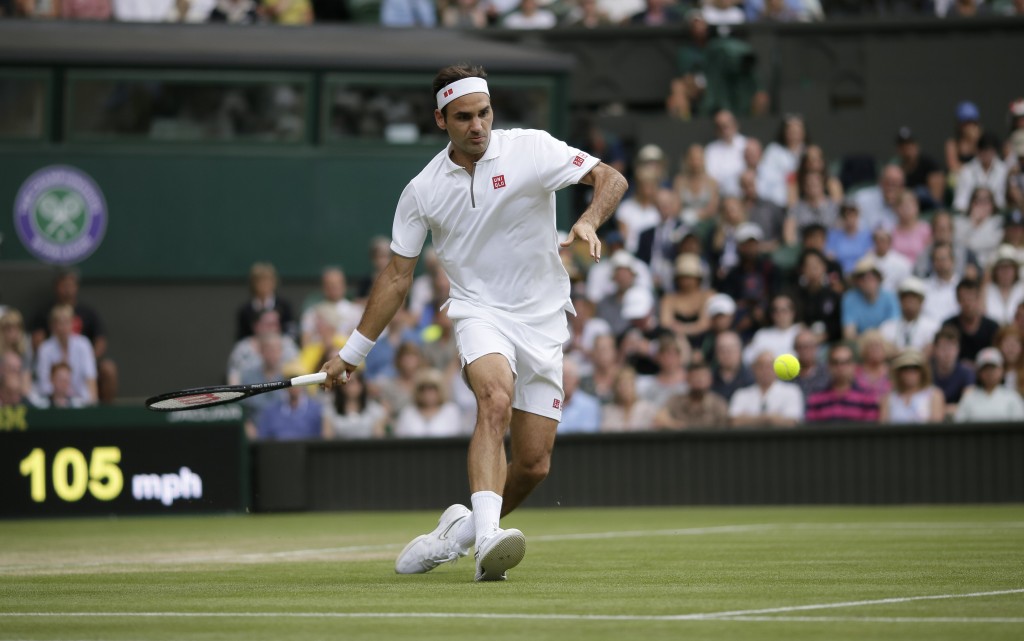 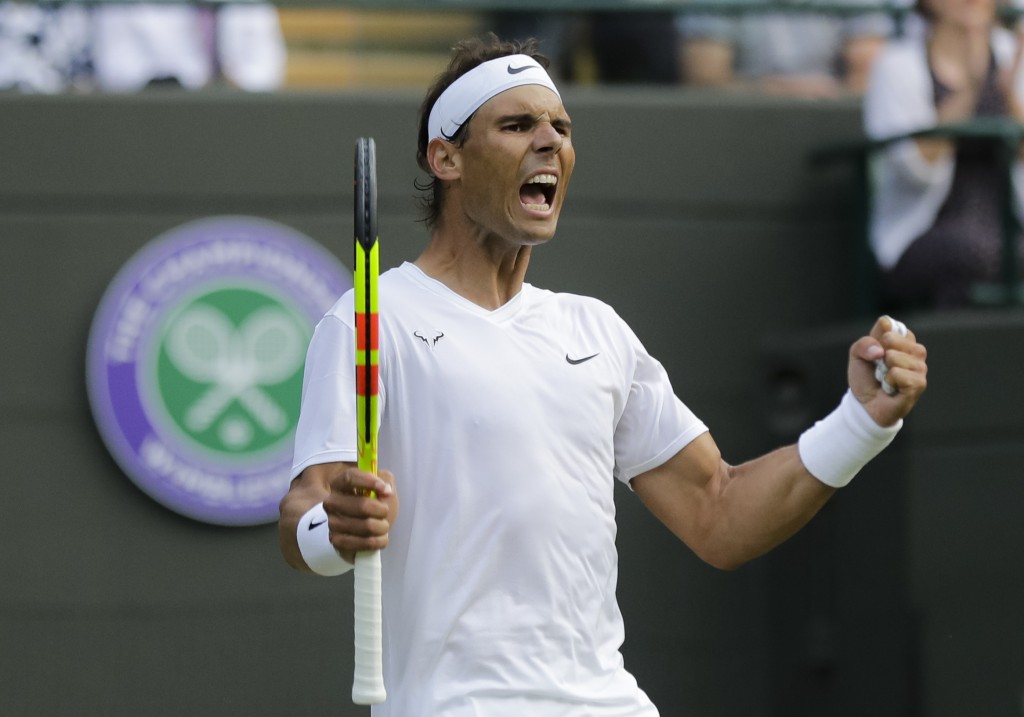 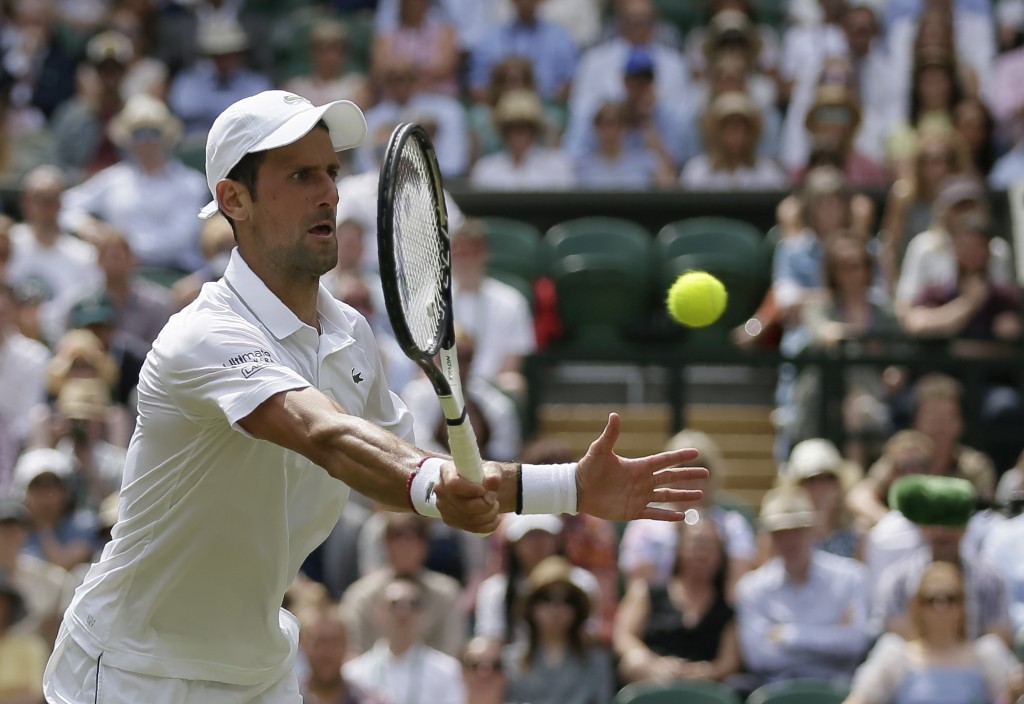 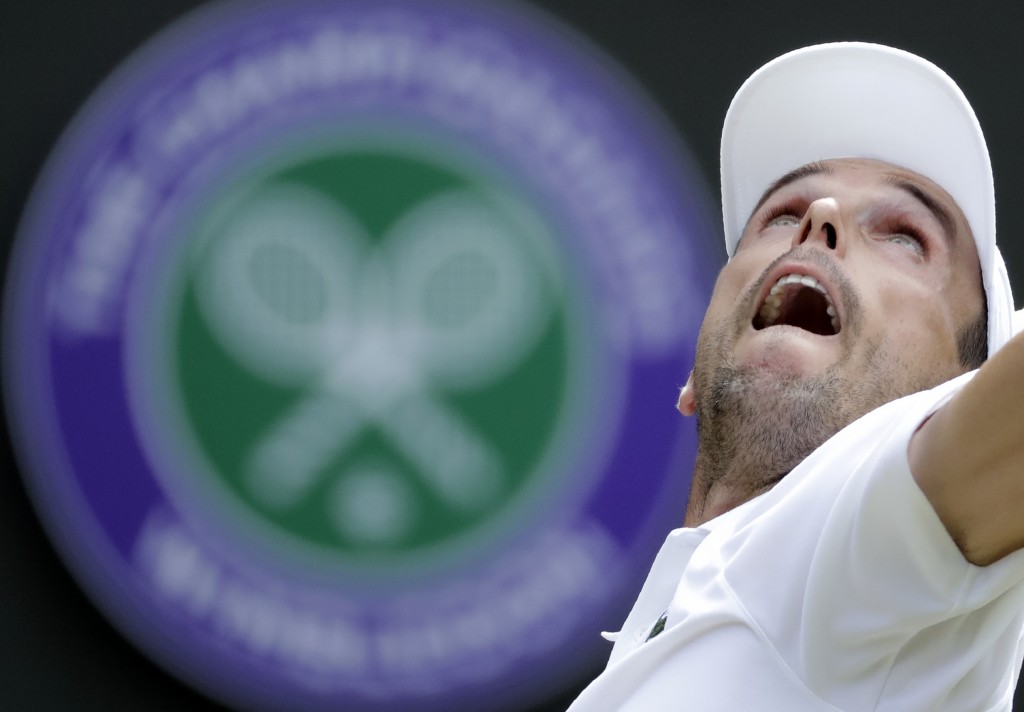 WIMBLEDON, England (AP) — The Latest at Wimbledon (all times local):

Roger Federer is within one set of reaching a record-extending 12th Wimbledon final.

In the third set, Federer broke Nadal for the first time in the match to take a 3-1 lead, then saved three break points in the next game. Nadal saved two more break points at 4-1 but Federer held serve the rest of the way, clinching the set when the Spaniard netted a forehand.

Federer has won a record eight Wimbledon titles. Nadal has two, and beat Federer in the 2008 final.

Rafael Nadal won the second set of his Wimbledon semifinal against Roger Federer 6-1 to level the set score at 1-1.

Nadal saved two break points at 1-1 in the second set before breaking Federer twice in a row and serving it out at love.

Roger Federer has won the first set 7-6 (3) in his Wimbledon semifinal against Rafael Nadal.

Nadal led 3-2 in the tiebreaker before Federer won five straight points, clinching the set with a forehand winner.

Nadal saved the only break point of the set at 4-3, as Federer netted a backhand after a 21-stroke rally.

It is the first match between the rivals at the All England Club since their classic five-set final in 2008.

In the junior girls' final, Alexa Noel of the United States will face Daria Snigur of Ukraine.

Novak Djokovic has reached the Wimbledon final for the sixth time.

The defending champion came through a tough match against Roberto Bautista Agut on Centre Court 6-2, 4-6, 6-3, 6-2.

Djokovic is a four-time champion at the All England Club and will play either Roger Federer or Rafael Nadal on Sunday for another title. Federer and Nadal were to play next on Centre Court.

Djokovic was broken once in the second set, allowing Bautista Agut to even the score. But the top-seeded Serb saved two break chances in the third set and won easily in the fourth, though he needed five match points in the final game to close it out.

With the victory, Djokovic has reached his 25th Grand Slam final. He won 15 of the previous 24.

In the Wimbledon final, Djokovic is 4-1. His only loss was against Andy Murray in 2013.

Defending champion Novak Djokovic is one set away from his sixth Wimbledon final.

The top-ranked Serb won the third set to lead his semifinal against Roberto Bautista Agut 6-2, 4-6, 6-3.

In the third, Djokovic broke for a 4-2 lead and then saved two break points in the next game — the second with a backhand winner down the line after a 45-stroke rally. He double-faulted on his first set point but converted the second with a volley winner that clipped the net cord.

Djokovic won the first set 6-2, but Bautista Agut broke for a 2-1 lead in the second. The Spaniard failed to convert two more break points at 3-1 but served out the set when his forehand clipped the net cord and landed in.

Play was halted for a few minutes at 3-1 after a fan in the crowd needed medical attention.

The Wimbledon semifinal between Novak Djokovic and Roberto Bautista Agut was briefly interrupted after a fan became ill on Centre Court.

Play was halted with Bautista Agut leading 3-1 in the second set as a member of the crowd received treatment. The match resumed minutes later.

Djokovic took a 3-0 lead after breaking the Spaniard in his first service game, and the top-ranked Serb broke again in the final game when Bautista Agut sent a forehand long.

Djokovic is looking for his fifth Wimbledon title, while Bautista Agut is appearing in his first Grand Slam semifinal.

The latest installment in the Roger vs. Rafa rivalry at Wimbledon is coming to Centre Court.

Roger Federer and Rafael Nadal will face each other in the semifinals Friday, their first meeting at the All England Club since their classic 2008 final.

Nadal won that match 9-7 in the fifth set.

Federer is an eight-time Wimbledon champion, while Nadal has won two titles at the All England Club.