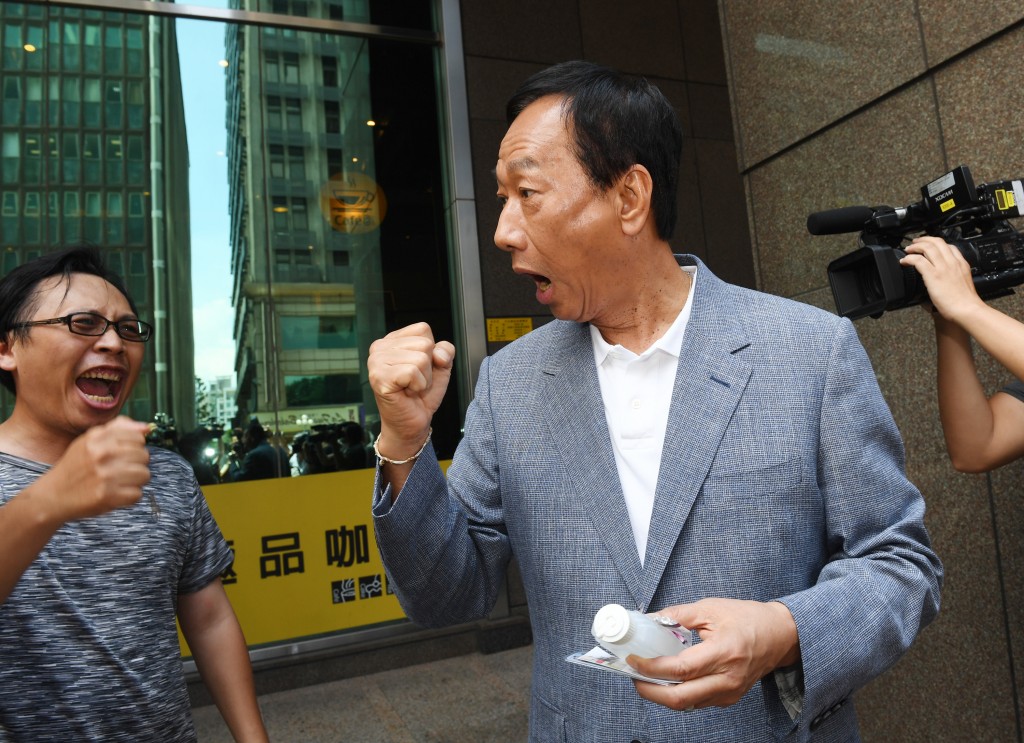 The KMT will announce the results of its July 8-14 opinion polls next Monday (July 15), with reports speculating Kaohsiung City Mayor Han Kuo-yu (韓國瑜) will be the winner.

Gou has already said he will make a major announcement about his political future on the same day, with media expecting he might say he’s leaving the KMT and mounting a separate bid for the January 11, 2020 elections as an independent.

In addition, the Apple Daily reported Friday that Gou’s son, Jeff, had had a meeting with members of Ko’s entourage, indicating a potential alliance between the tycoon and the independent mayor. However, the city government quickly denied it had held talks with any camp in the presidential campaign.

Appearing on a TV show the previous evening, Gou had called on Han, who was elected mayor just last November, to stay on in Kaohsiung for a full four-year term. If he won plaudits for his performance in the southern city, Han could try for the presidency in 2024, Gou suggested.

The tycoon said he had the best chance of winning the presidential election for the KMT and of bringing about a KMT majority at the Legislative Yuan.

On Friday, Gou said that he had not considered an independent presidential campaign and that he was still running in the primaries, the Central News Agency reported.