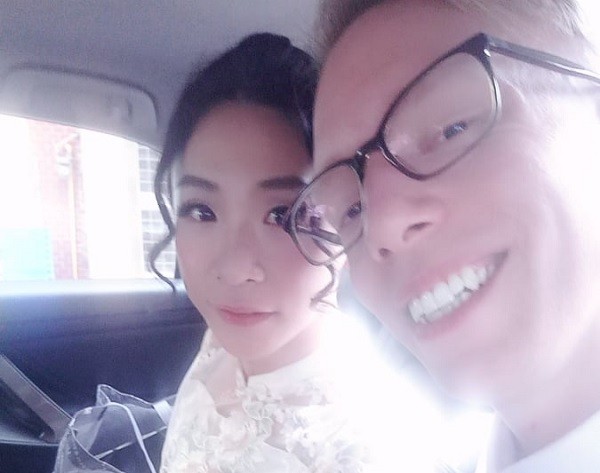 TAIPEI (Taiwan News) -- A Swedish man became one of the first foreigners to marry a same-sex partner in Taiwan when he married his Taiwanese fiancé in Hsinchu City last week on July 3.

Swedish national Stefan, 32, and his Taiwanese wife Chin Jui (勤芮), 29, had dated for more than four years before tying the knot. After same-sex marriage was legalized on May 24, the couple officially registered their marriage with the household registration office in Hsinchu City's North District on July 3.

During the registration procedure, "They held hands and spoke affectionately to each other throughout the whole process. It was clear they were very much in love," according to the household registration office. When inquired by officials, the couple said they had met four years ago in Japan where Stefan was working on his master's degree and Chin Jui was traveling. After corresponding over the internet for two years, the couple decided to become engaged. The couple then had matching love totems composed of their initials tattooed on their wrists to symbolize their unswerving vows to each other.

Stefan told officers that had planned to move to Hsinchu City to be with Chin Jui. However, because of their current work situations, the couple had been temporarily living apart, and were only able to visit each other two or three times a year.

When Stefan saw the news same-sex marriage had been legalized in Taiwan, he eagerly booked a flight to the country to legally marry Chin Jui. Now that the marriage is official, Stefan says that he is preparing to move to Taiwan. The Bureau of Civil Affairs said that as of May 24, citizens from Argentina, Austria, Belgium, Brazil, Canada, Colombia, Denmark, Finland, France, Germany, Iceland, Ireland, Luxembourg, Malta, Mexico (some areas), the Netherlands, New Zealand, Norway, Portugal, South Africa, Spain, Sweden, the UK (some areas), the U.S., and Uruguay, among other countries and regions where same-sex marriage has been legalized, may also register their marriage in Taiwan.

In addition, in the case of marriages between Taiwanese citizens and foreign nationals that took place before May 24 in countries or regions where same-sex was legal, they can register their marriage with any household registration office in Taiwan on the condition that their documents have been notarized by their embassies. The effective date of the marriage is based on the date of registration.