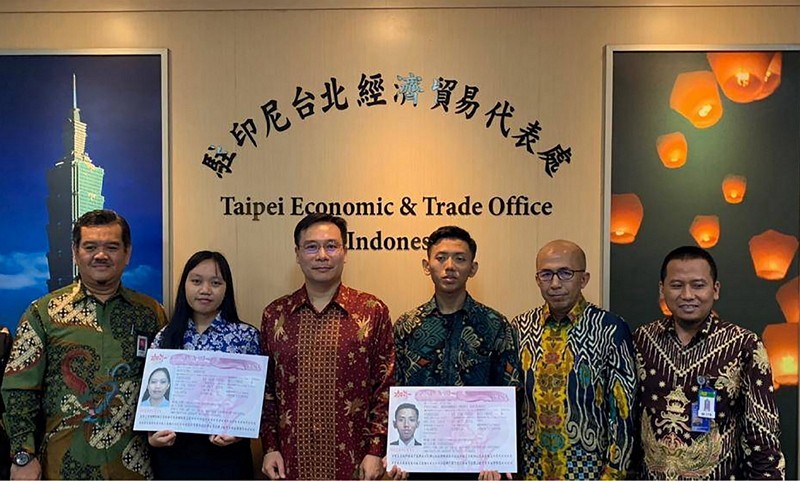 Jakarta, July 11 (CNA) Two Indonesian workers who have never worked in Taiwan were issued work visas on Thursday under a trial relaxed direct hiring scheme, according to Taiwan's representative office in Jakarta.

The two Indonesian nationals will work in the manufacturing sector in Taiwan, while another seven will follow, officials from the Taipei Economic and Trade Office (TETO) in Jakarta told CNA on Thursday.

Although the direct hiring scheme between Taiwan and Indonesia has been in effect for several years, it only applied to Indonesian workers who have been hired in Taiwan.

The new arrangement, which was implemented in July, allows first-time Indonesian manufacturing workers to use the direct hiring scheme. Each application is expected to be processed within two months, the office said.

The two migrant workers will be working for the same Taiwanese employer, who will shoulder the cost of their passports, visas, plane tickets, training and other related fees.

This is in line with the Indonesian government's "zero costs" objective for migrant workers, the office said, lauding the scheme as a "milestone" in Taiwan-Indonesia bilateral labor cooperation, which provides diversified hiring channel for employers and reduces the burden on migrant workers.

Previously, Indonesian migrant workers were required to pay expensive labor brokerage fees and other charges, usually by getting loans from banks or lending companies and repaying them through salary deductions.

The trial scheme is open only to the manufacturing sector, and applicants can only apply through TETO in Jakarta, the office said, adding that the service will be expanded to Taiwan's representative office in Surabaya once it is on track.

Under the direct hiring scheme, employers request migrant workers at the Direct Hiring Service Center under the Ministry of Labor (MOL). The MOL then issues hiring permits together with the Indonesian representative office in Taipei and relays that information to the Indonesian authorities, which in turn look for suitable applicants on their database.