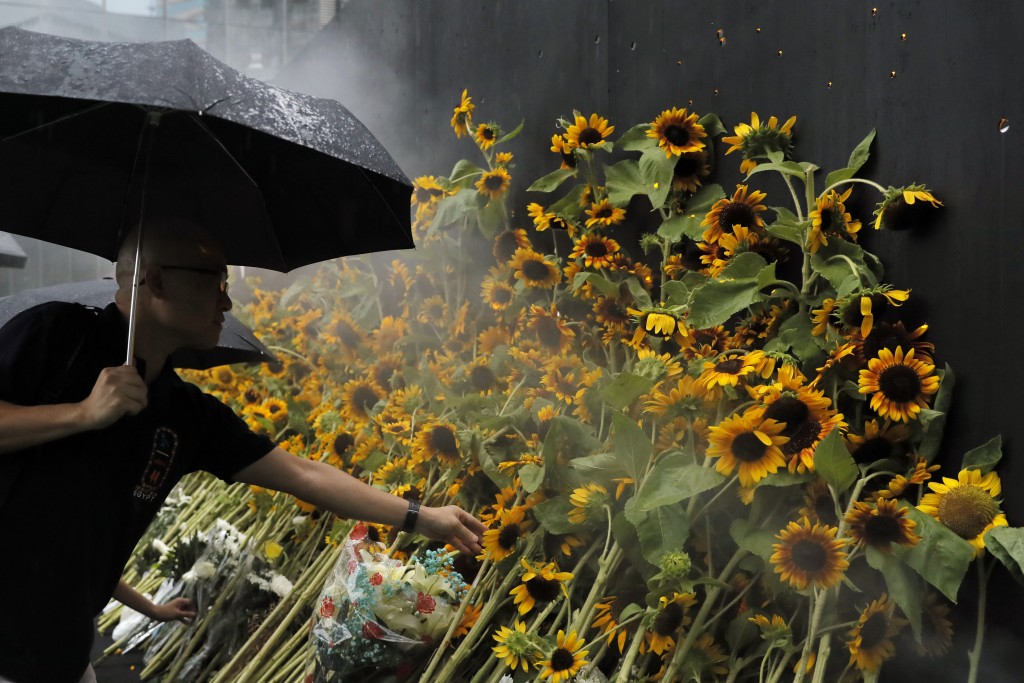 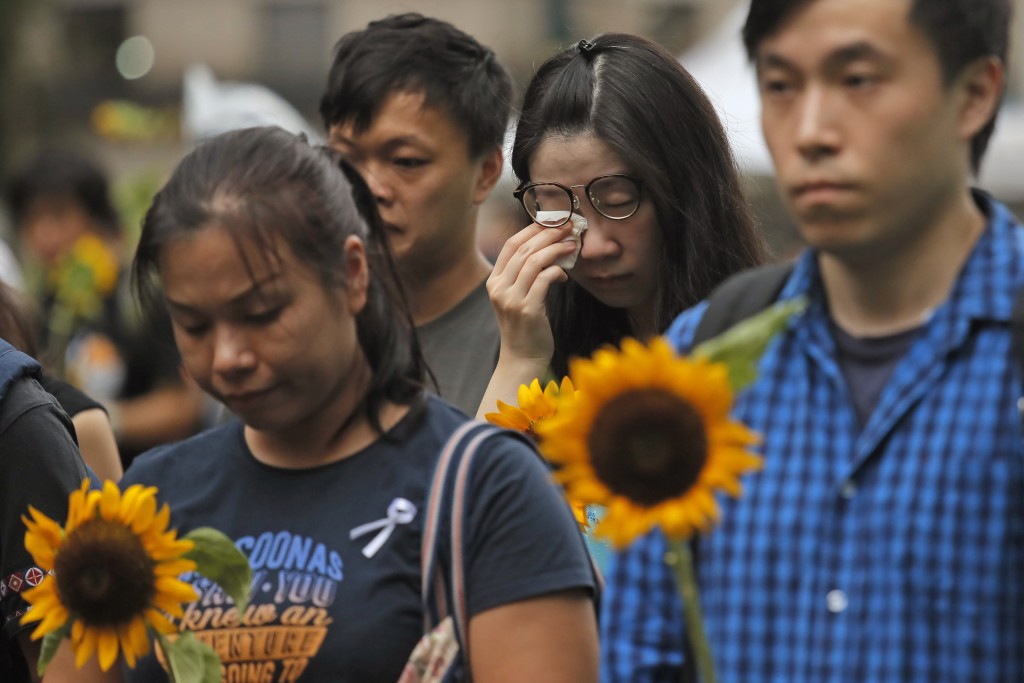 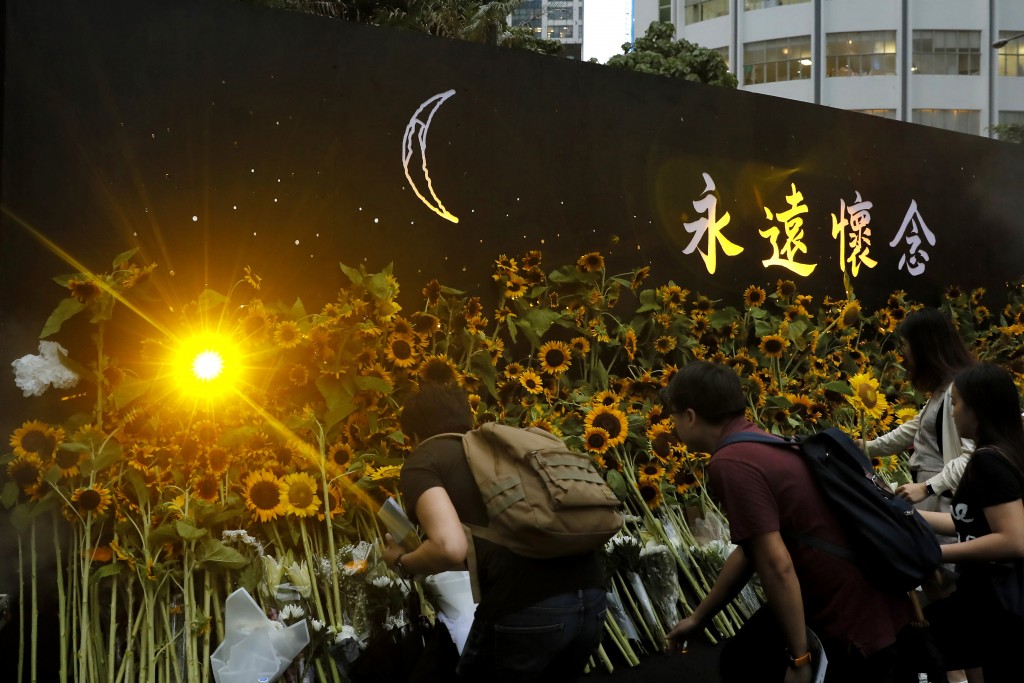 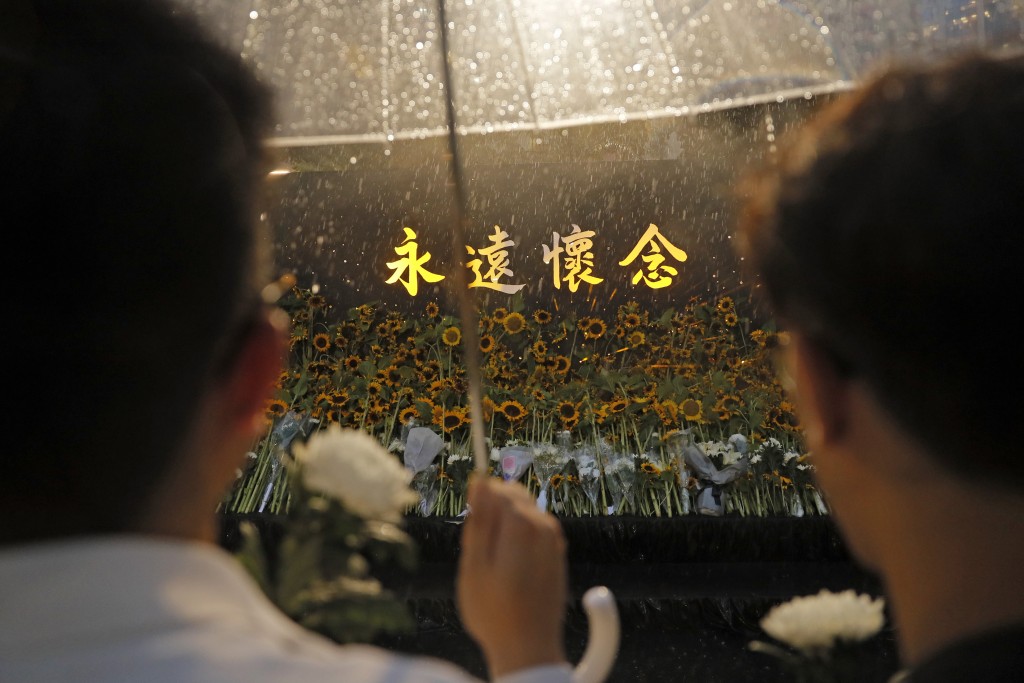 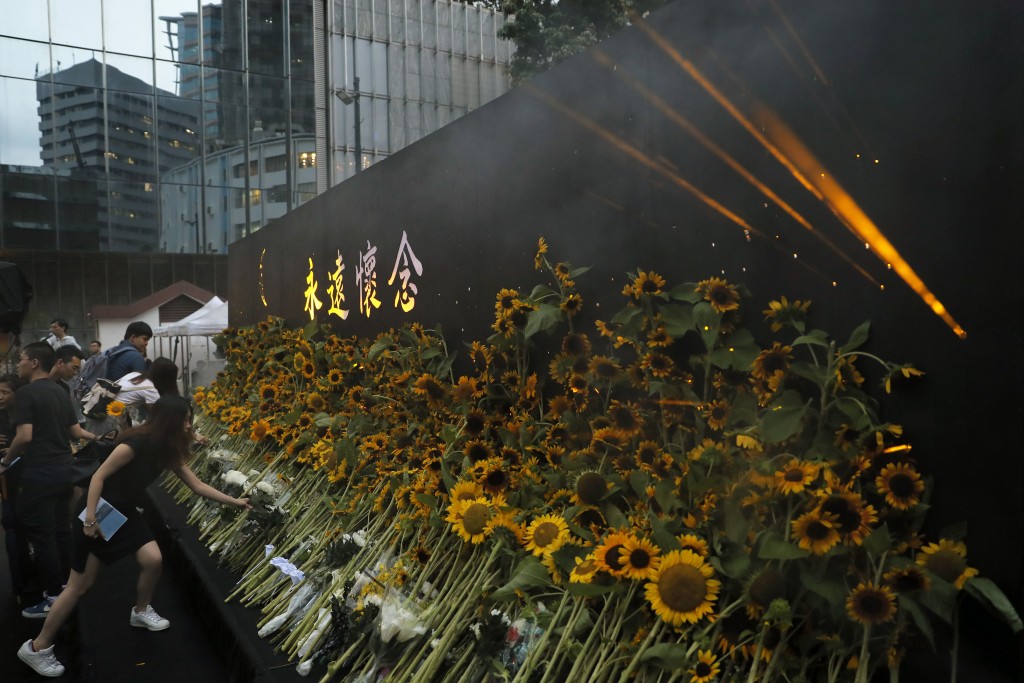 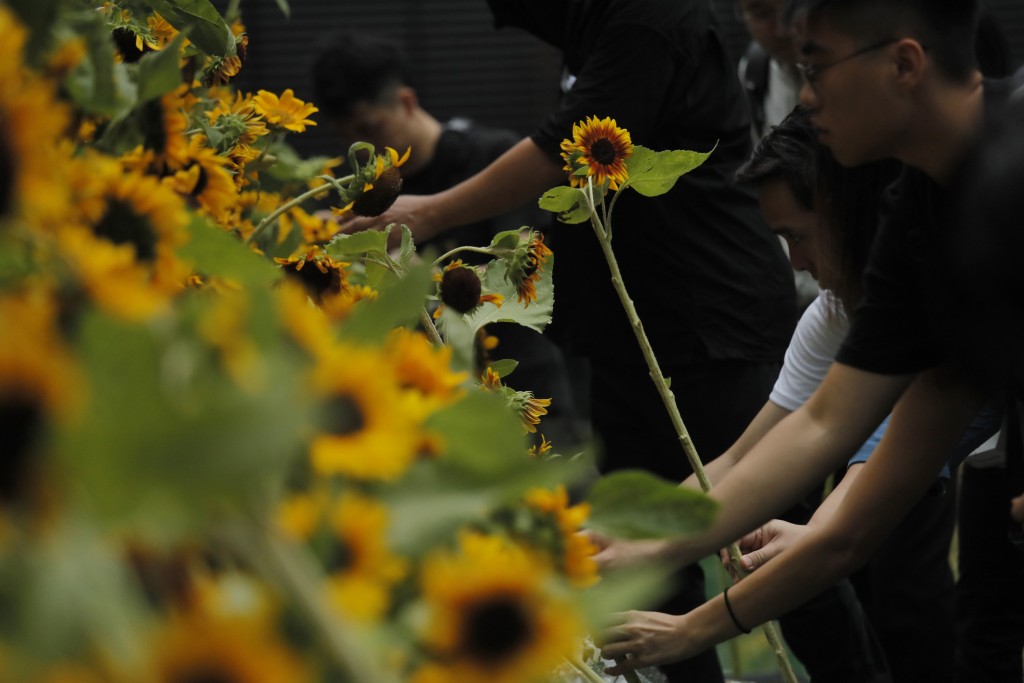 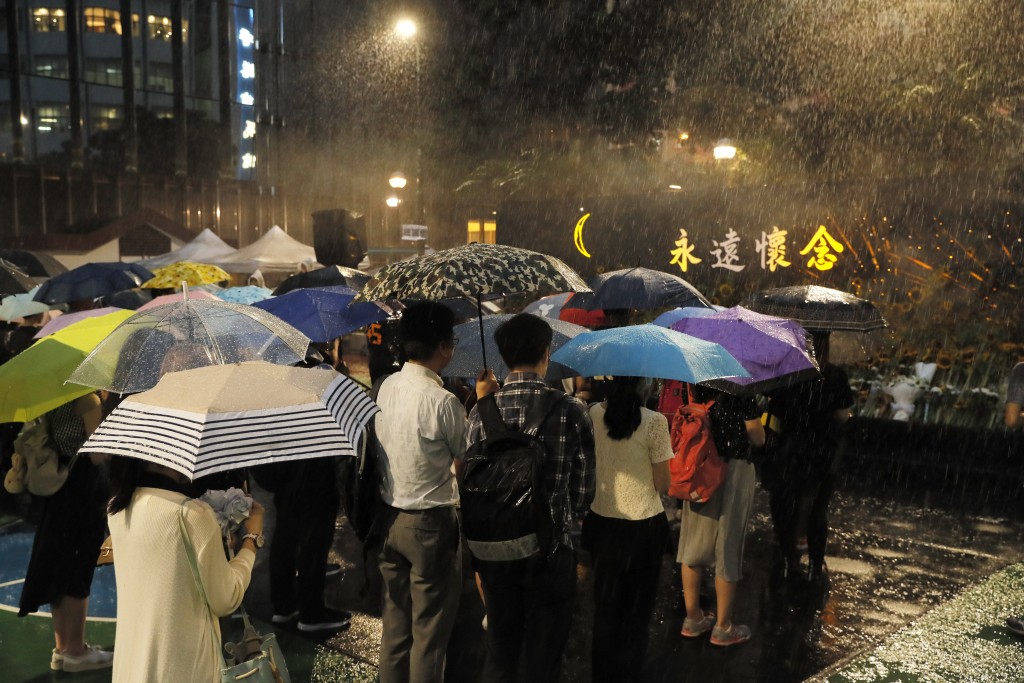 HONG KONG (AP) — The parents of a Hong Kong man who plunged to his death after putting up banners against divisive extradition legislation urged young people on Thursday to stay alive to continue their struggle.

"Every brave citizen who takes to the street is doing so because they love Hong Kong deeply," they said in a message read at a public memorial for their son, Marco Leung, who died on June 14 at age 35. "Only by protecting themselves and staying alive can young people continue to speak up bravely against social injustices."

Young people have been at the forefront of huge rallies against the legislation, which has plunged Hong Kong into chaos amid wider fears about the erosion of civil rights in the semi-autonomous Chinese territory. Leung's banners demanded a full withdrawal of the bill, which would have allowed suspects to be sent to mainland China for trial.

Hong Kong leader Carrie Lam declared her effort to amend the extradition laws "dead" earlier this week but stopped short of formally withdrawing the bills. Activists have vowed to keep up the pressure until she does so. Many are also demanding her resignation.

The Chinese government's chief representative in Hong Kong said Thursday that the central government firmly supports Lam in continuing to govern. Wang Zhimin dismissed calls to exonerate protesters who have been arrested, saying it would be "a blatant challenge to the rule of law in Hong Kong."

"Regarding the recent series of violent incidents, all Hong Kong people, including those present, have expressed condemnation," he said in a speech to Beijing loyalists in Hong Kong.

Pro-democracy activists placed sunflowers and sang hymns at the memorial for Leung. He has been nicknamed the "Raincoat Man" for the yellow raincoat he was wearing when he died, just hours after Lam announced the indefinite suspension of the bills.

The Rev. Yuen Tin-Yau said at the memorial that Leung wasn't a martyr but that he wanted justice. Yuen urged Hong Kong people to "be courageous and be persistent" in carrying out their peaceful struggle so that Leung didn't die in vain. Apart from Leung, three other young people have reportedly died, including a woman who left a suicide message.

"Mr. Leung's death brought us pain, but this is the way he has spoken out against the authorities. He has already finished what he should do. Today, Hong Kong people still need to speak up, and they need to speak up with an even louder and stronger voice," Yuen said.

The protests against the proposed extradition legislation have given voice to fears that Hong Kong is losing the freedoms guaranteed to it when the former British colony was returned to China in 1997. Critics fear suspects would face unfair and politicized trials in mainland China, and that critics of the ruling Communist Party would be targeted.

Billy Li, a lawyer who stopped by the memorial after attending court, said he shared the frustration of the protesters.

"Even when you see the young people break into the legislative building to air their anger, to some extent I can understand their desperation. So I came here because I somehow feel the pathway of Mr. Leung. The responsibility of his death is somehow shared by every one of us, because we could not stop the bill earlier, before the death of Mr. Leung," Li said.

On July 1, the 22nd anniversary of Hong Kong's handover from Britain back to China, a peaceful march drew hundreds of thousands of people but was overshadowed by an assault on the territory's legislative building. A few hundred demonstrators ransacked the building, spray-painting slogans on the chamber walls, overturning furniture and damaging electronic voting and fire prevention systems.

Tens of thousands of people joined the most recent rally on Sunday, seeking to carry their protest message to those in the mainland where state-run media have not covered the protests widely.