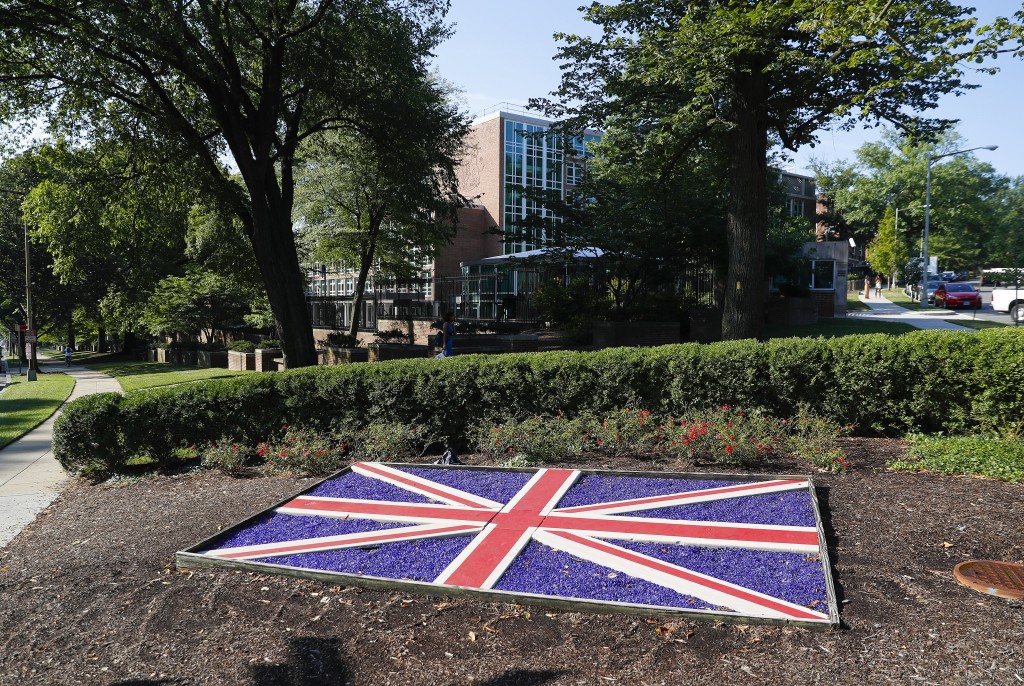 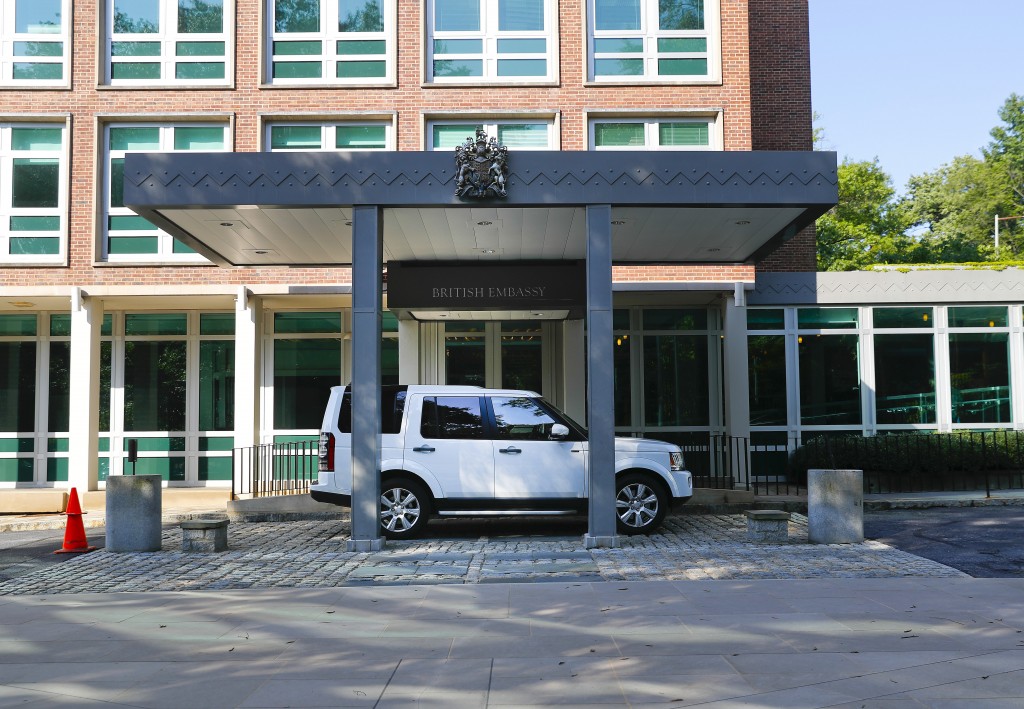 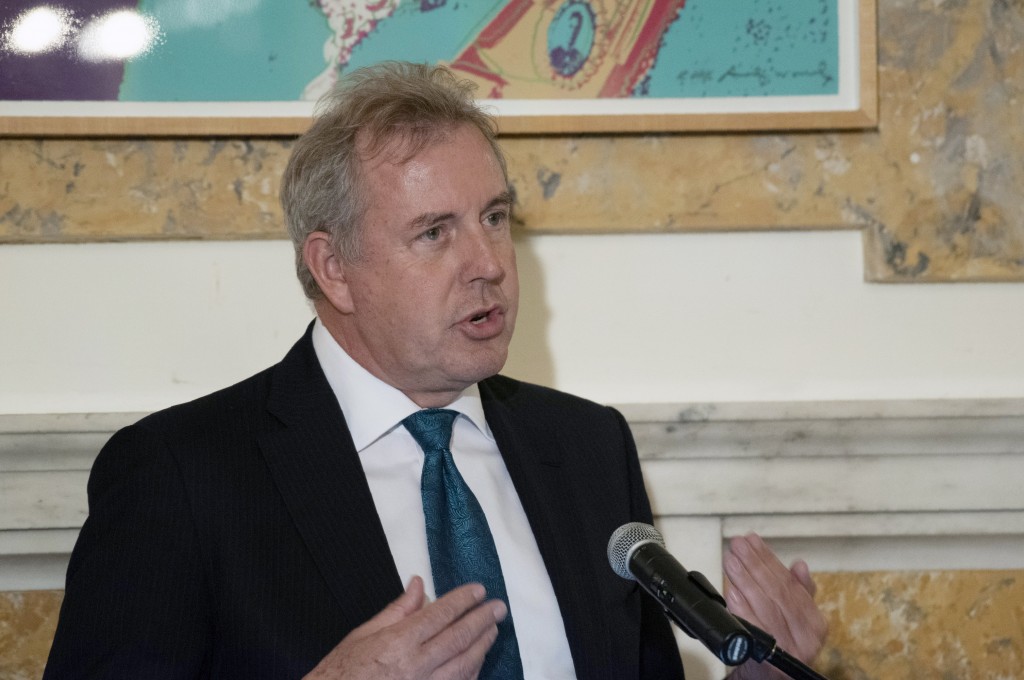 WASHINGTON (AP) — The abrupt resignation of Britain's ambassador to the United States over leaked cables critical of the Trump administration may have jolted official Washington, but it's unlikely to have a lasting impact on the U.S.-British relationship or diplomatic practice.

Current and former diplomats say the leak of Ambassador Kim Darroch's sensitive reports is unfortunate and alarming, particularly given the apparent political motive behind it. Yet, they believe any complications will be temporary even as they create short-term turbulence in relations.

"It's a problem, but I don't know that it has a chilling affect over time because in the end people have jobs to do and they do their jobs," said Ronald Neumann, a retired three-time U.S. ambassador who is the president of the American Academy of Diplomacy. "It's wrong and it's too bad. Still, you move on because there's work to be done."

Darroch, a well-known figure in Washington, resigned on Wednesday amid an uproar over the candid cables, saying "the current situation is making it impossible for me to carry out my role as I would like." The resignation followed President Donald Trump's furious caustic response to the leaked cables in which Darroch offered candid negative views of his administration.

In the cables, Darroch called the administration's policy toward Iran "incoherent," said the president might be indebted to "dodgy Russians" and raised doubts about whether the White House "will ever look competent."

Trump's lambasting of Darroch on Twitter — he called the ambassador "a pompous fool" and "a very stupid guy" and criticized outgoing British Prime Minister Theresa May — drew condemnation from both sides of the Atlantic.

British Foreign Secretary Jeremy Hunt, who is in the running to replace May, replied: "Allies need to treat each other with respect."

"Trump's petty and vindictive overreaction not only reinforces the accuracy of Darroch's portrait of him in his leaked cables, but further erodes an already complicated bilateral relationship," said William Burns, a highly respected retired career diplomat who served as deputy secretary of state during the Obama administration and is president of the Carnegie Endowment for International Peace.

The State Department downplayed the fracas, saying: "The United States and the United Kingdom share a bond that is bigger than any individual, and we look forward to continuing that partnership. We remain committed to the U.S.-UK Special Relationship and our shared global agenda."

But Rep. Adam Schiff, the California Democrat who chairs the House intelligence committee, said Trump's comments make the work of American diplomats abroad harder than they already are.

"Diplomats the world over, including ours, are expected to provide candid assessments and advice to their home governments," he said. "If a foreign leader treated an American ambassador as President Trump treated the British ambassador, we would be up in arms, and justifiably so. "

In fact, U.S. diplomats have already felt the consequences of leaked cables that laid out unvarnished and often unflattering impressions of foreign leaders and governments.

The 2010 publication by WikiLeaks of tens of thousands of classified and sensitive documents had a direct impact on at least three U.S. ambassadors, including one, Carlos Pascual, who resigned as envoy to Mexico over fallout from cables critical of then-Mexican President Felipe Calderon. Pascual was traveling Wednesday and not immediately available to comment on any similarities between his resignation and Darroch's.

Carnegie's Burns, who was serving as the third-ranking U.S. diplomat at the time, recalled that the leaks had "negative practical implications" for the day-to-day conduct of embassies.

"The immediate impact was to make U.S. diplomatic missions more careful, so there is, at least initially, a dampening effect," he said. "But, we got over it in time."

In the long run, though, few believe damage to the "special relationship" caused this week will be severe or lingering.

"The state-to-state relationship is much more than one person, particularly with Britain," Neumann said. "This is probably one of the least ambassador-dependent relationships we have, which is why we are able to send whoever we want to London, including some who are not so able."