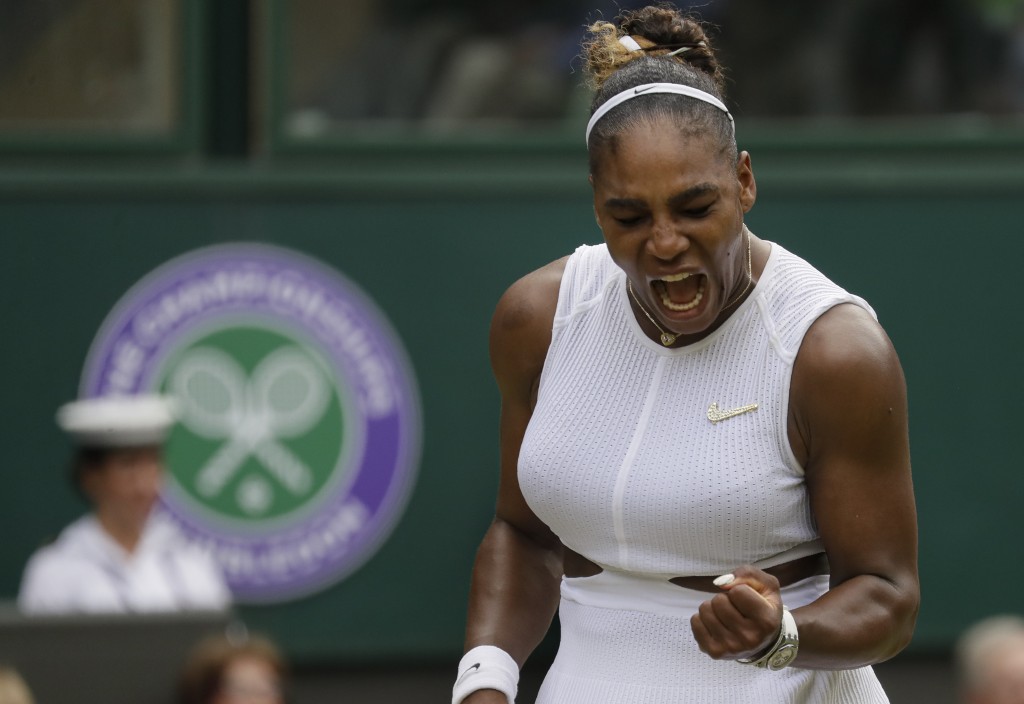 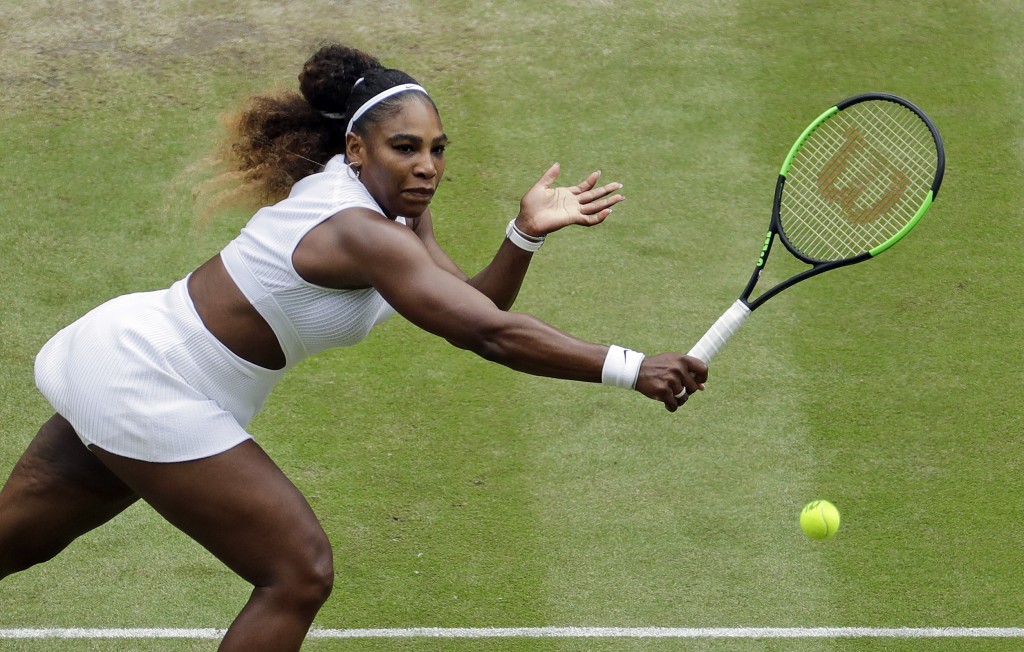 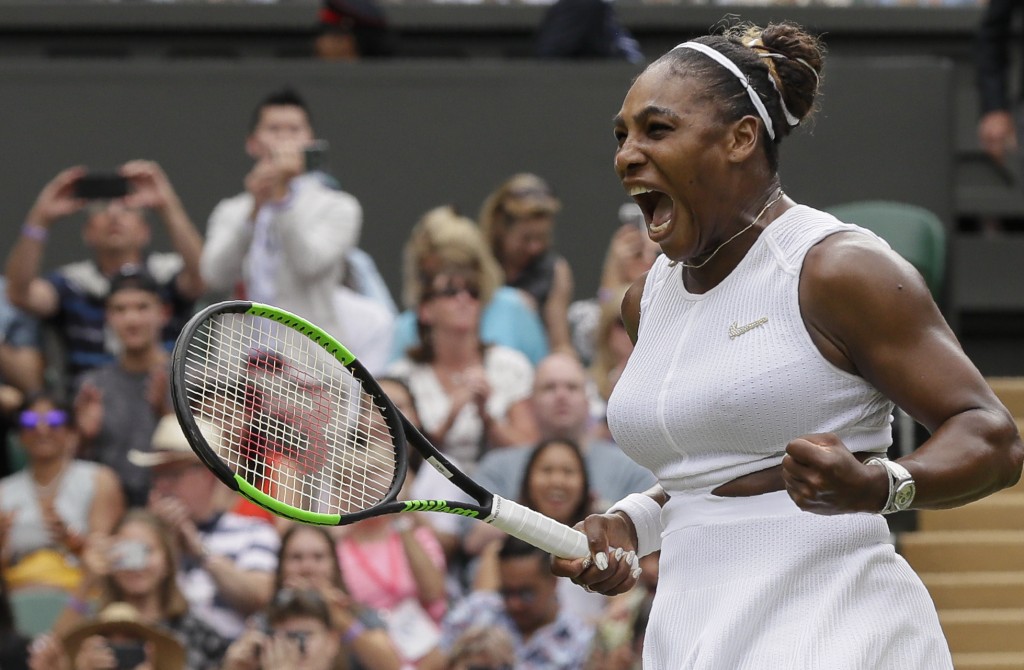 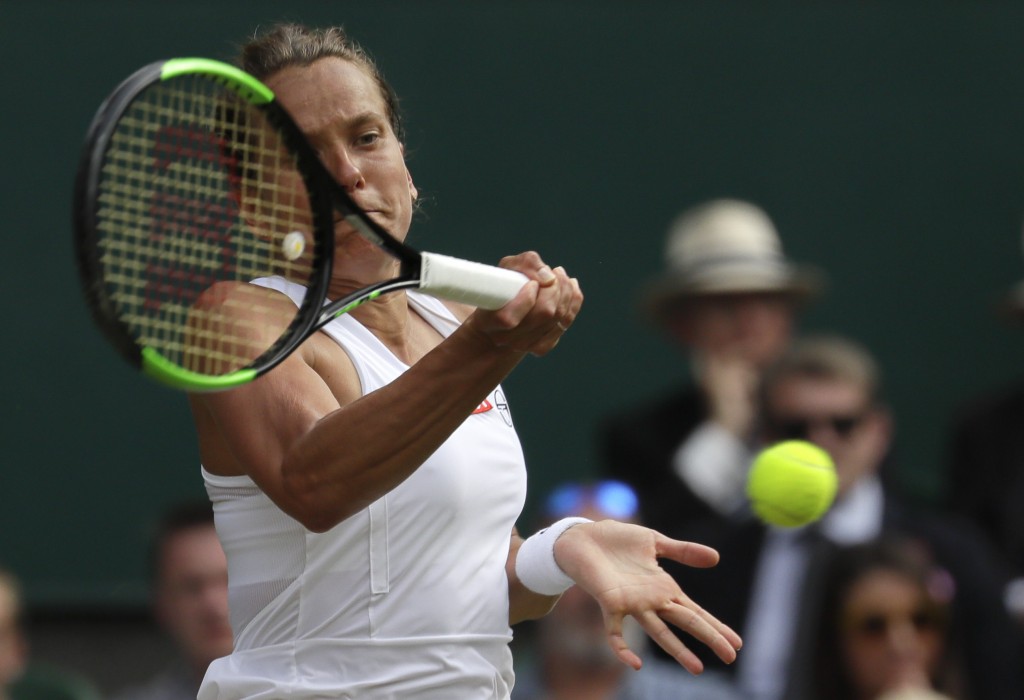 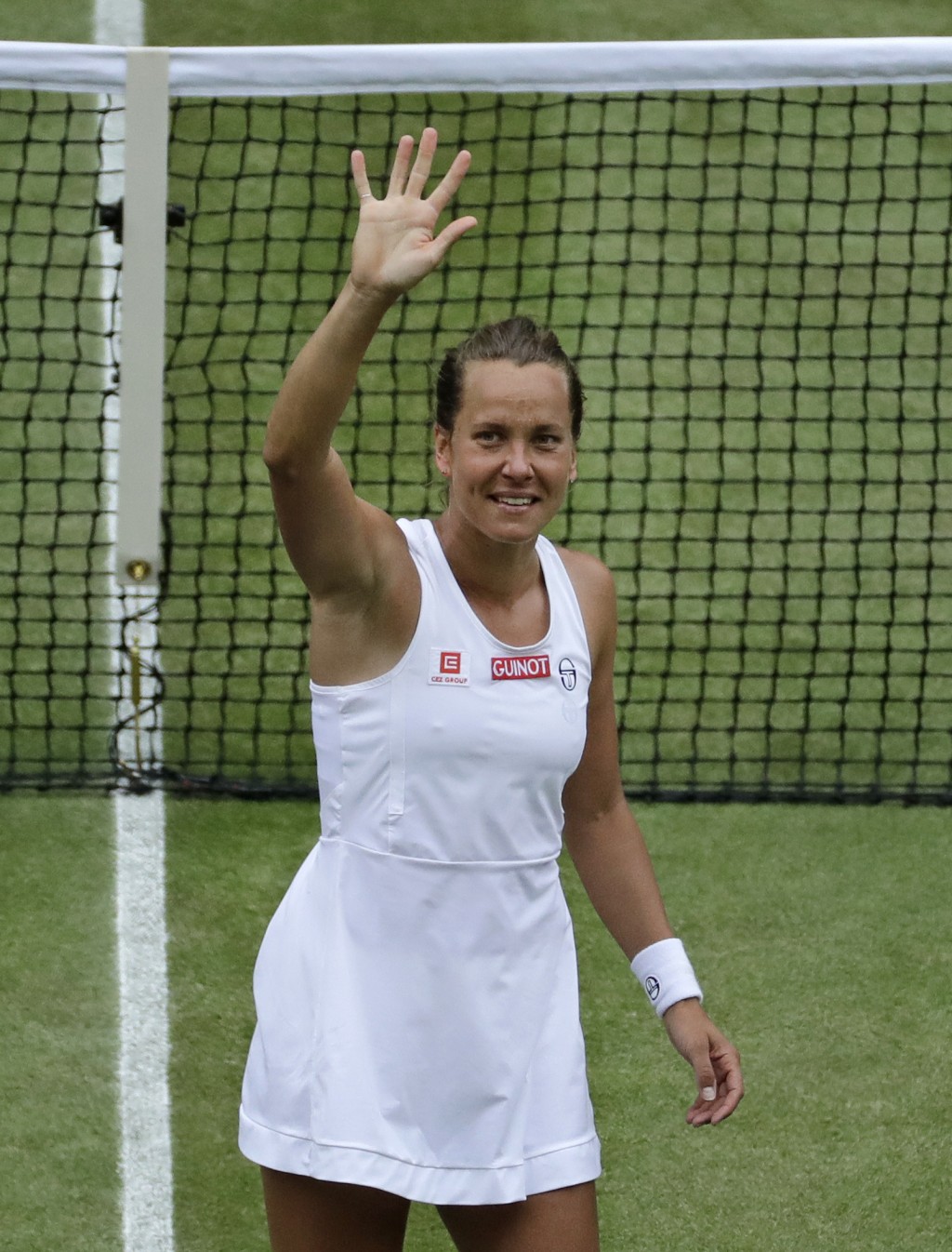 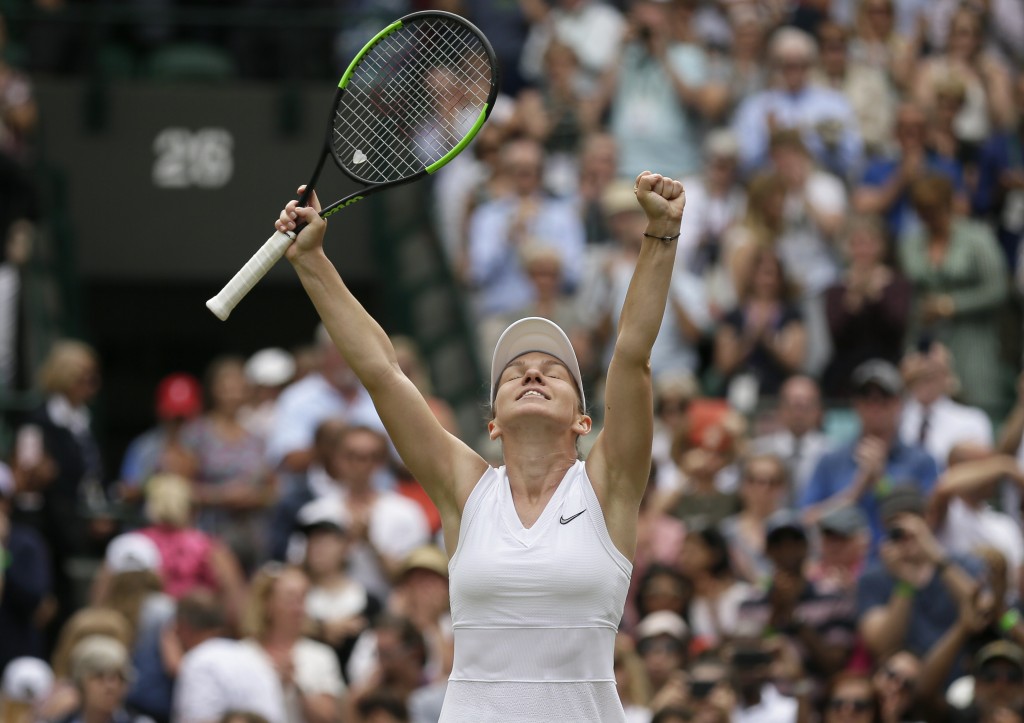 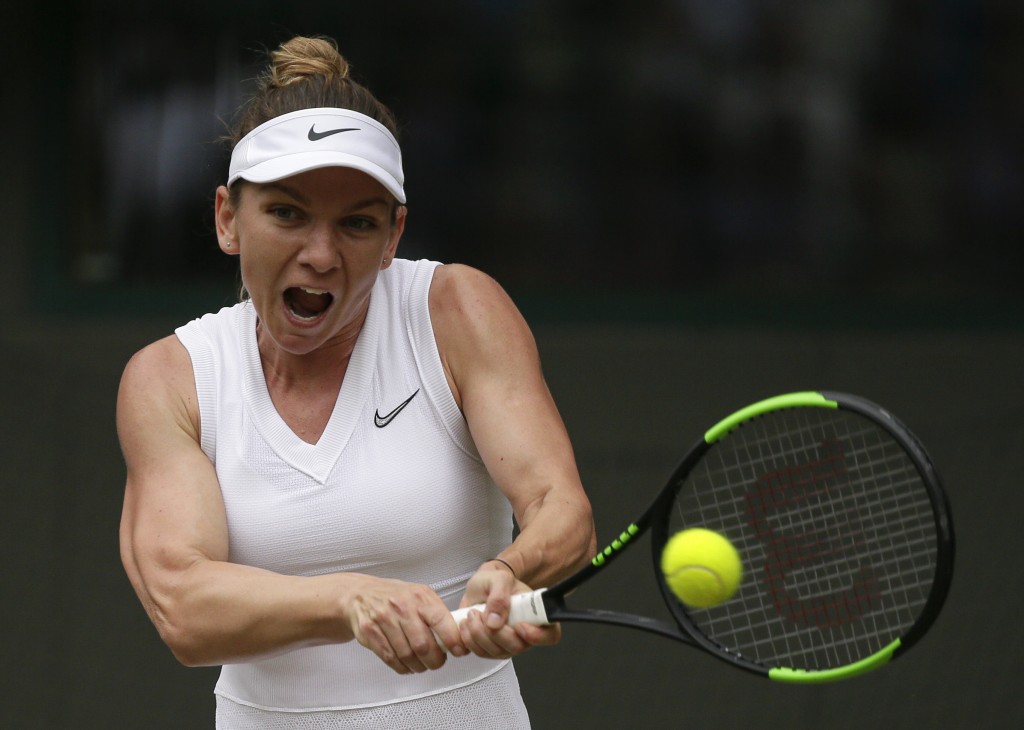 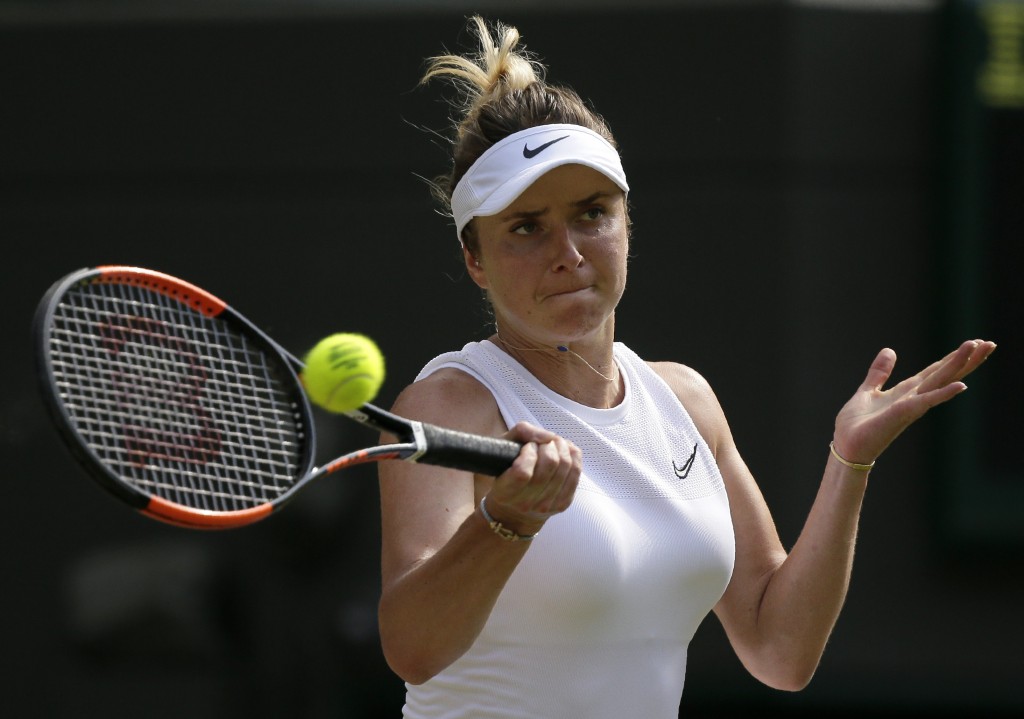 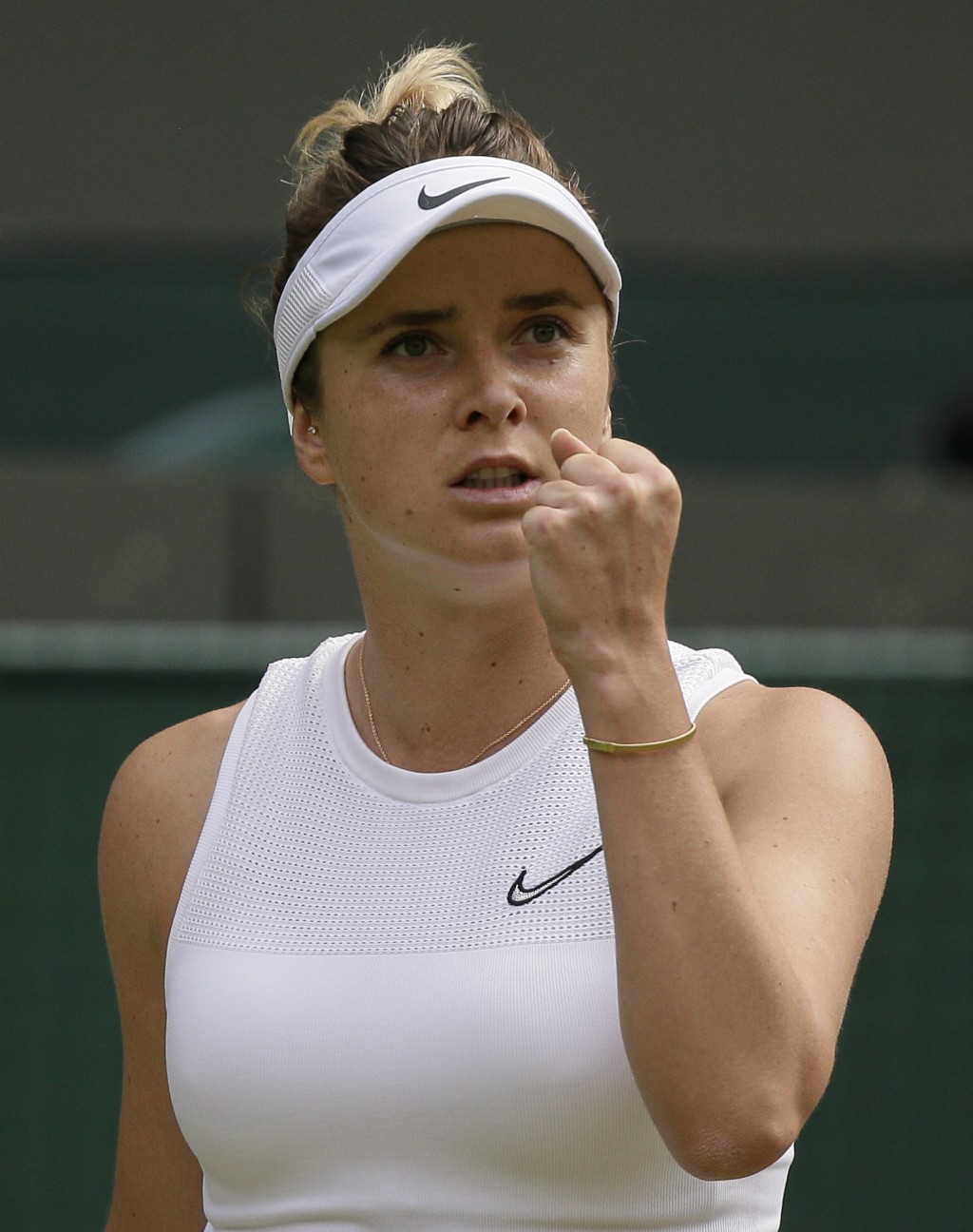 WIMBLEDON, England (AP) — One of the Wimbledon semifinalists has won 23 major titles. The other three women playing Thursday have combined to win one.

If experience and accomplishments count for anything, Serena Williams has the clear advantage.

"I definitely feel a lot more pressure as I got older," Williams said after beating Alison Riske in three sets in the quarterfinals, then clarifying just how much experience she actually has. "Now that I am past older, I feel a little bit less pressure."

The 37-year-old Williams, a seven-time Wimbledon champion, will be playing in the semifinals at the All England Club for the 12th time. Overall, she has reached the last four at 37 major tournaments, putting her in a tie with Steffi Graf for third most in the professional era.

Contrast that with her three remaining rivals. Barbora Strycova, Williams' opponent on Thursday, will be playing in first major semifinal in her 53rd Grand Slam tournament, while Elina Svitolina will also be making her debut at this stage. Only former No. 1 Simona Halep has been a Grand Slam champion, winning last year's French Open, and will be playing in her seventh major semifinal.

"It was always my dream. Always, to play good at this tournament was my dream," said the 33-year-old Strycova, a Czech player who has been talking about retiring this year. "It's happening at this age right now. It's incredible."

Despite her less-illustrious list of achievements, Strycova is ready for the challenge of playing one of the greatest tennis players in history.

"I don't have fear. I just will go there Thursday and I will try to play my game," Strycova said. "Of course, I don't have such a power like Serena, but I have (other) weapons. I will try to use them as much as I can. I will enjoy. I have really at this point nothing to lose."

Williams doesn't really have anything to lose, either, but she has plenty to gain. The American superstar has been trying to equal the all-time record of Grand Slam singles titles of 24, but twice lost in finals last year.

One of those losses came at Wimbledon. The other, at the U.S. Open, was accompanied by a dramatic final set in which Williams was given three code violations. The second cost her a point, and the third cost her a game.

Naomi Osaka went on to the win that title in New York, and Williams had an article published in Harper's Bazaar magazine on Tuesday saying she has apologized to Osaka for her actions on the court — in part to find a way to move on from the episode and get back to tennis.

"I've had a lot of things happen to me at that particular tournament in general," Williams said. "It was just important to always try to better yourself in any way that you can."