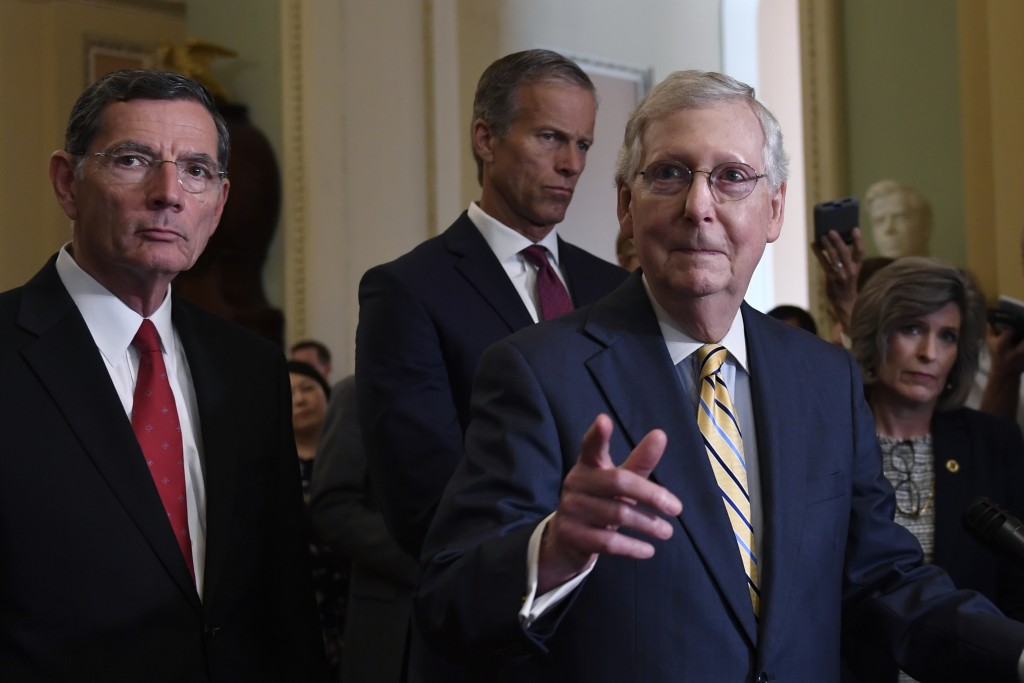 The Kentucky Republican said Tuesday that he and former President Barack Obama have opposed reparations, and "both are the descendent of slave owners."

Last month, McConnell said he didn't think "reparations for something that happened 150 years ago, for whom none of us currently living are responsible, is a good idea." He said the nation paid for the "sin of slavery" by electing Obama president.

NBC News this week used census records to show that two of McConnell's great-great-grandfathers were slave owners before the Civil War. Obama has white ancestors who were slave owners, according to reports.

House Democrats are considering legislation to study reparations for slavery.