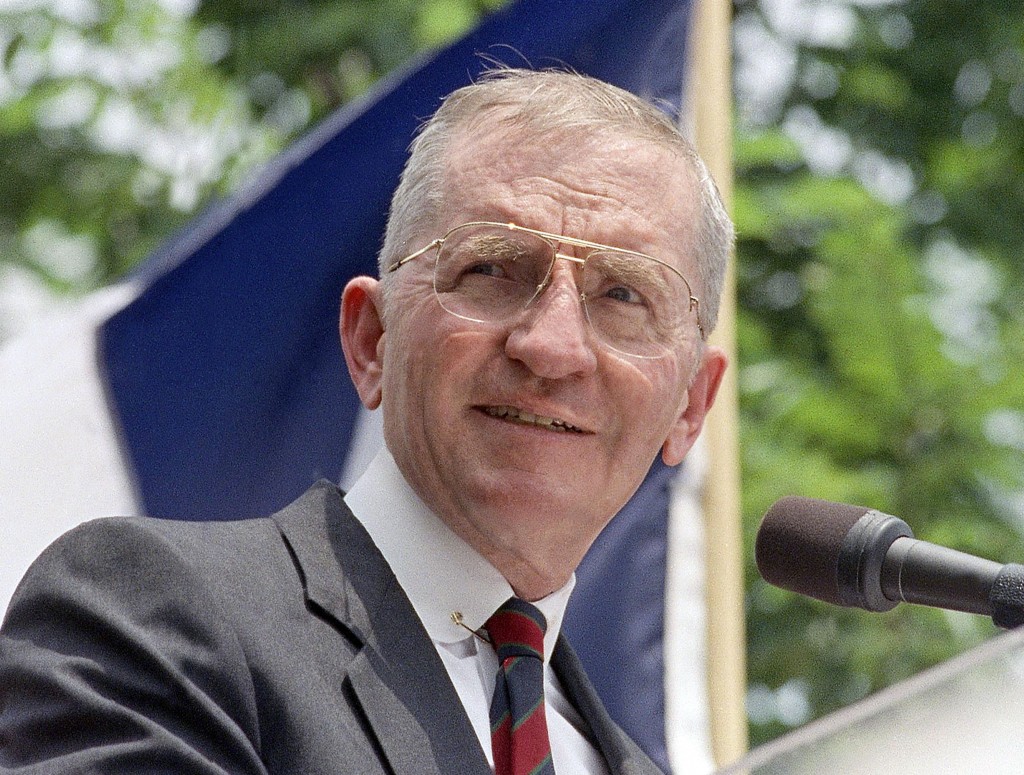 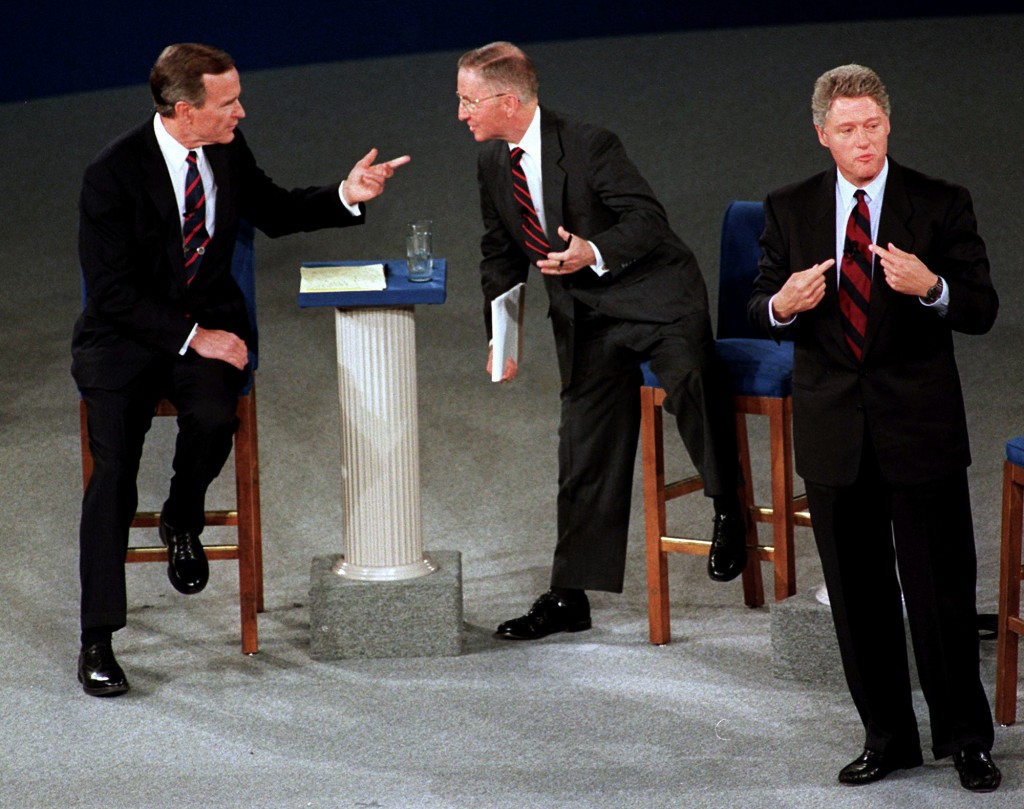 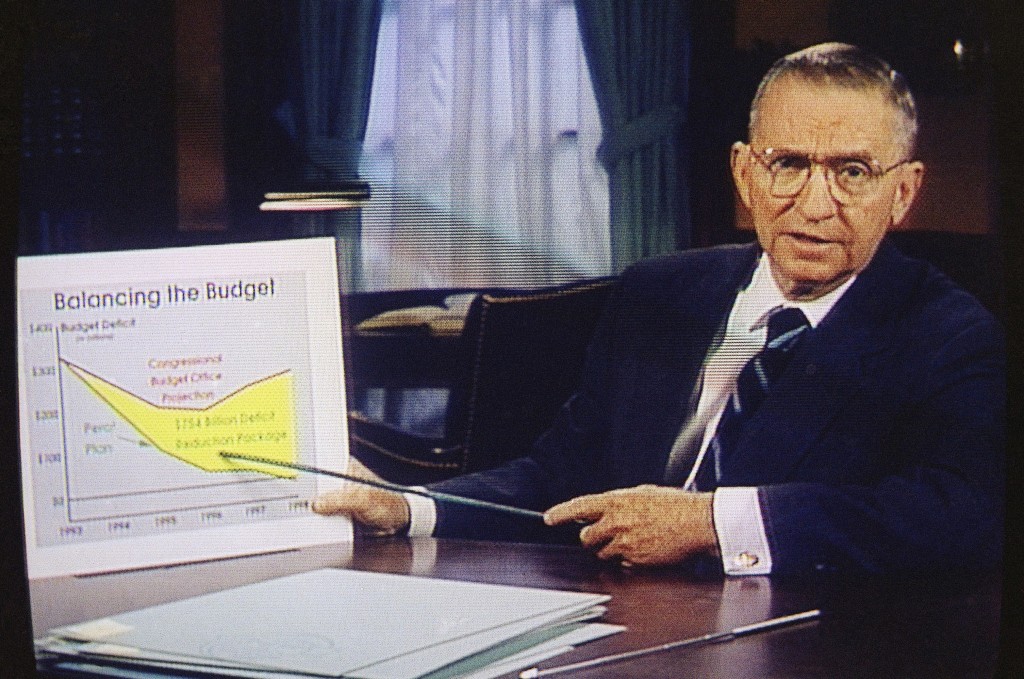 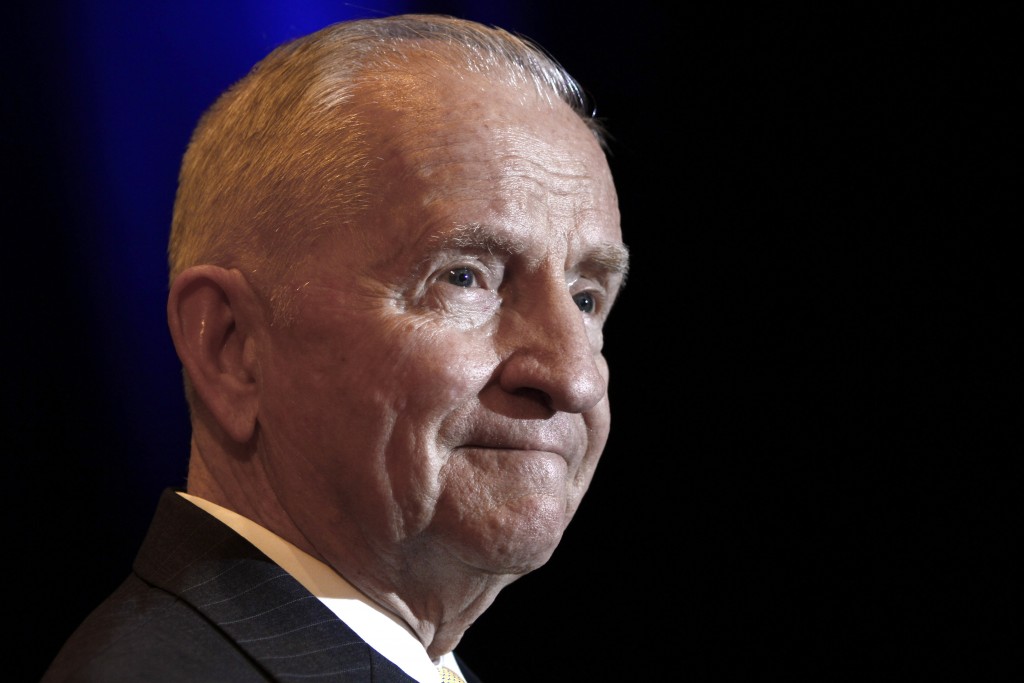 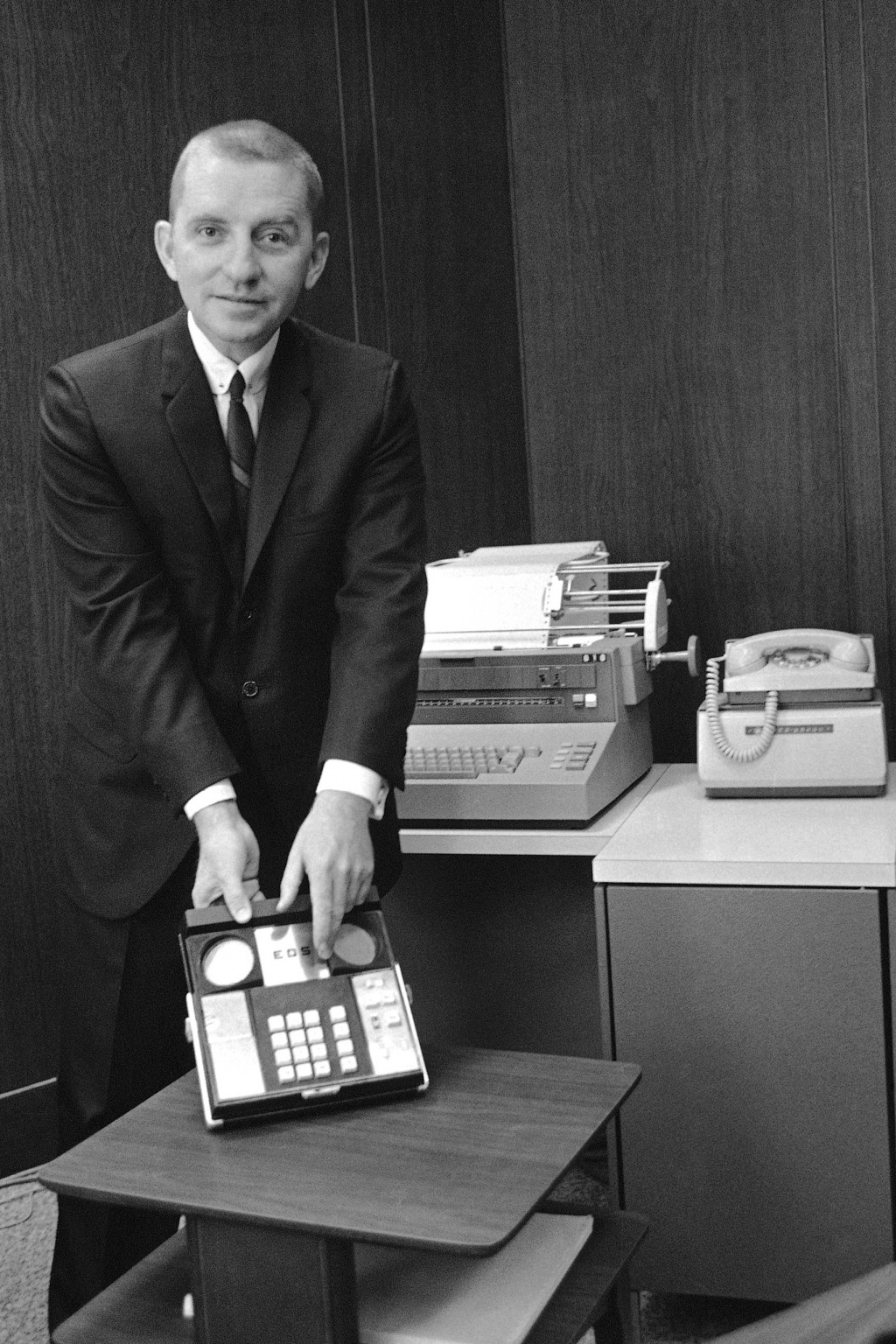 DALLAS (AP) — H. Ross Perot rose from a childhood of Depression-era poverty to become a self-made billionaire who twice ran for president with a mixture of folksy sayings and simple solutions to America's problems. His 19% of the vote in 1992 stands among the best showings by an independent candidate in the past century.

Perot died early Tuesday at his home in Dallas surrounded by his family, family spokesman James Fuller said. He was 89.

As a boy in Texarkana, Texas, Perot delivered newspapers from the back of a pony. He earned his billions in a more modern way, however. After attending the U.S. Naval Academy and becoming a salesman for IBM, he set out on his own — creating and building Electronic Data Systems Corp., which helped other companies manage their computer networks.

Yet the most famous event in his business career didn't involve sales and earnings; he financed a private commando raid in 1979 to free two EDS employees who were being held in a prison in Iran. The tale was turned into a book and a movie.

Perot first became known to Americans outside of business circles by claiming that the U.S. government left behind hundreds of American soldiers who were missing or imprisoned at the end of the Vietnam War.

Perot fanned the issue at home and discussed it privately with Vietnamese officials in the 1980s, angering the Reagan administration, which was formally negotiating with Vietnam's government. Looking out for the health care needs of veterans became a long-time concern of Perot.

Perot briefly led in public opinion polls that summer, but stunningly he pulled out of the race, saying he did so to stop a Republican plot to sabotage his daughter's wedding.

He eventually re-entered the race, but his reputation had suffered. Critics said he had a penchant for embracing conspiracy theories. His poll numbers faded from a peak of nearly 40%, and he finished third.

Still, Perot recorded the highest percentage for an independent or third-party candidate since President Theodore Roosevelt's second-place showing in 1912. Some Republicans blamed Perot for causing Bush's defeat by splitting the anti-Clinton vote, although exit polls were inconclusive.

During the campaign, Perot spent $63.5 million of his own money. He bought 30-minute television spots during which he used charts and graphs to make his points, summarizing them with a line that became a national catch phrase: "It's just that simple."

Perot's second campaign four years later was far less successful. He was shut out of presidential debates when organizers said he lacked sufficient support. He got just 8% of the vote, and the Reform Party that he founded and hoped to build into a national political force began to fall apart.

However, Perot's ideas on trade and deficit reduction remained part of the political landscape. He blamed both major parties for running up a huge federal budget deficit and allowing American jobs to be sent to other countries. The movement of U.S. jobs to Mexico, he said, created a "giant sucking sound."

Perot continued to speak out about federal spending for many years. In 2008, he launched a website to highlight the nation's debt with a ticker that tracked the rising total, a blog and a chart presentation.

Henry Ross Perot was born in Texarkana on June 27, 1930. His father was a cotton broker; his mother a secretary. Perot said his family survived the Depression relatively well through hard work and by managing their money carefully.

Young Perot's first job was delivering newspapers in a poor, mostly black part of town from his pony, Miss Bee. He said when the newspaper tried to cut his commission, he complained to the publisher — and won. He said he learned to take problems straight to the top.

From Texarkana, Perot went to the U.S. Naval Academy even though he had never been on a ship or seen the ocean. After the Navy, Perot joined International Business Machines in 1955 and quickly became a top salesman. In his last year at IBM, he filled his sales quota for the year in January.

In 1962, with $1,000 from his wife, Margot, Perot founded Electronic Data Systems. Hardware accounted for about 80% of the computer business, Perot said, and IBM wasn't interested in the other 20%, including services.

Many of the early hires at EDS were former military men, and they had to abide by Perot's strict dress code — white shirts, ties, no beards or mustaches — and long workdays. Many wore crewcuts like Perot.

The company's big break came in the mid-1960s when the federal government created Medicare and Medicaid, the health programs for seniors, the disabled and the poor. States needed help in running the programs, and EDS won contracts — starting in Texas — to handle the millions of claims.

EDS first sold stock to the public in 1968, and overnight, Perot was worth $350 million. His fortune doubled and tripled as the stock price rose steadily.

Perot went on to establish another computer-services company, Perot Systems Corp. He retired as CEO in 2000 and was succeeded by his son, Ross Perot Jr. In 2009, Dell Inc. bought Perot Systems.

In September 2011, Forbes magazine estimated Perot's wealth at $3.5 billion and ranked him No. 91 on its list of richest Americans.

Perot was not immune to mistakes in business, however. His biggest might have been a 1971 investment in duPont Glore Forgan, then one of the biggest brokerage houses on Wall Street. The administration of President Richard Nixon asked Perot to save the company to head off an investor panic, and he also poured money into another troubled brokerage, Walston & Co., but wound up losing much of his $100 million investment.

It was during the Nixon administration that Perot became involved in the issue of U.S. prisoners of war in Southeast Asia. Perot said Secretary of State Henry Kissinger asked him to lead a campaign to improve treatment of POWs held in North Vietnam. Perot chartered two jets to fly medical supplies and the wives of POWs to Southeast Asia. They were not allowed into North Vietnam, but the trip attracted enormous media attention.

After their release in 1973, some prisoners said conditions in the camps had improved after the failed missions.

In 1979, the Iranian government jailed two EDS executives and Perot vowed to win their release.

"Ross came to the prison one day and said, 'We're going to get you out,'" one of the men, Paul Chiapparone, told The Associated Press. "How many CEOs would do that today?"

Perot recruited retired U.S. Army Special Forces Col. Arthur "Bull" Simons to lead a commando raid on the prison. A few days later, the EDS executives walked free after the shah's regime fell and mobs stormed the prison. Simons' men sneaked the executives out of the country and into Turkey. The adventure was recalled in Ken Follett's best-selling book "On Wings of Eagles" and a TV miniseries.

In later years, Perot pushed the Veterans Affairs Department to study neurological causes of Gulf War syndrome, a mysterious illness reported by many soldiers who served in the 1991 Persian Gulf war. He scoffed at officials who blamed the illnesses on stress — "as if they are wimps" — and paid for additional research.

Perot received a special award from the VA for his support of veterans and the military in 2009.

In Texas, Perot led commissions on education reform and crime. He was given many honorary degrees and awards for business success and patriotism.

While he worked at Perot Systems in suburban Dallas, entire hallways were filled with memorabilia from soldiers and POWs that Perot had helped. His personal office was dominated by large paintings of his wife and five children and bronze sculptures by Frederic Remington.

Several original Norman Rockwell paintings hung in the waiting area. Perot told a visiting reporter that he tried to live by Rockwell's ethics of hard, honest work and family.