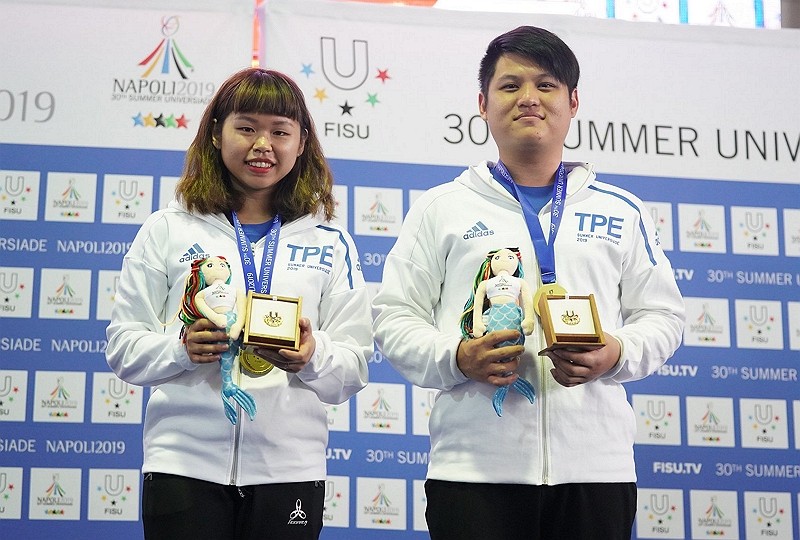 According to the regulations, shooters of both teams must fire a shot each and the team with the higher combined score will receive two points and one point each in case of a tie. The team that accumulates 16 points first wins.

This year's shooting event at the Naples Universiade has become the biggest "gold mine" for the Taiwanese delegation, with Liu Wan-yu (劉宛渝) and Yang Kun-pi (楊昆弼) both capturing a gold medal in the trap shooting event July 5.

Aside from the gold medals, the Taiwanese team also won two silvers and a bronze.

Altogether, the 10 meter mixed air pistol gold was the fifth gold for Taiwan at this year's Universiade. The other two were claimed by the gymnastic team.

The previous best record for a Taiwanese shooting team at the Universiade was a bronze finish in 2011 and 2015.