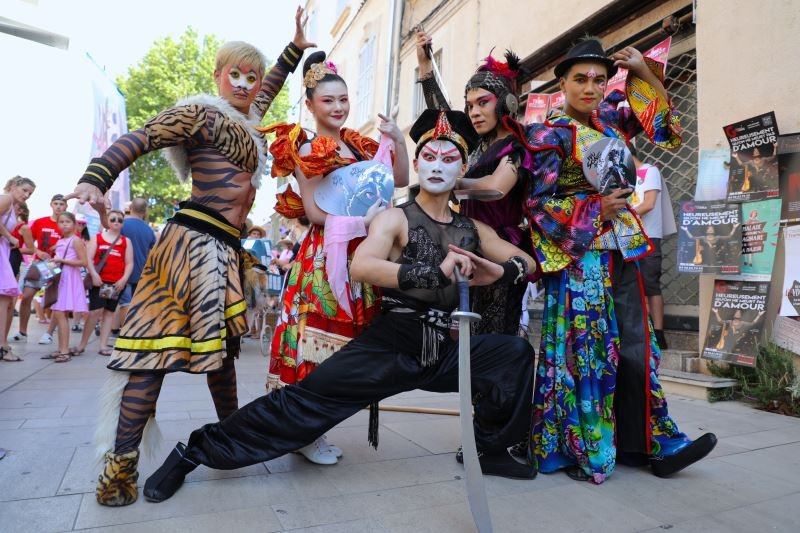 Four Taiwan performing arts troupes are taking to the stage in the Festival Off d’Avignon July 5-28 in France, spotlighting the diversity and richness of the nation’s cultural sector.

B. Dance and Kuo-shin will perform the shows “Rage” and “038,” respectively; Gang-a-tsui is set to put on its latest offering “Passage to Lo-Jin”; and Hsing Legend Theatre will present its martial arts spectacular “Wu Song—The Tiger Warrior.”

According to MOC Deputy Minister Hsiao Tsung-huang, this marks the 13th year Taiwan troupes have taken part in the event. The high-quality productions from the 2019 lineup are expected to further bolster the nation’s stellar reputation at the festival, he said.

“Rage” examines the nature of loneliness in society. It was choreographed by B. Dance founder Tsai Po-cheng, named one of the world’s 32 most promising dancers in 2018 by German dance magazine Tanz.

Kuo-shin Chuang Pangcah Dance Theatre’s “038” captures the anxieties faced by indigenous peoples in the 21st century in dealing with geographic separation from their hometowns and tribal communities.

Exploring issues of gender identity and sexuality, “Passage to Lo-Jin” by Gang-a-tsui Theatre is adapted from writer Shih Shu-ching’s Taiwan Trilogy and centers on a singer of nanguan, a traditional operatic style that is popular in Taiwan.

Based on a tale in the classical novel “Water Margin” by Shi Naian, “Wu Song—The Tiger Warrior” is the first production by Hsing Legend Theatre, which was established in 2016. The show combines acrobatics, martial arts, Peking opera, street dance and theater.

Founded in 1947, Festival d’Avignon is one of France’s most prestigious art events. The “Off” portion was introduced in 1968 to incorporate avant-garde and spontaneous performances at informal venues such as theater schools and restaurants.