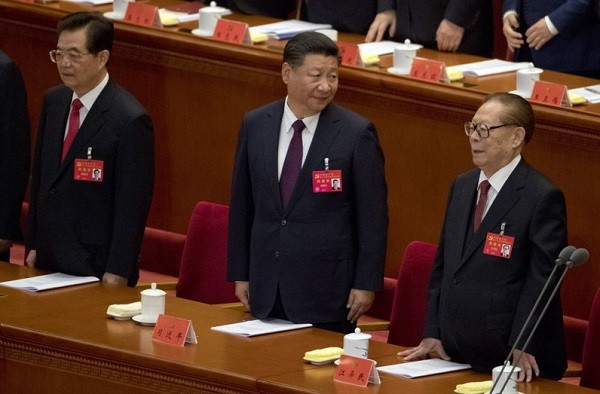 Jiang, who led China from 1989 to 2002, has been regarded by many as a counterbalance to Xi's influence on military and financial matters, putting him in Xi's sights. The Liberty Times reports that Xi loyalists have accused Jiang supporters of trying to sabotage the current leader's regime, even going so far as to blame the Jiang faction for the recent mass protests in Hong Kong over a controversial extradition bill.

According to the Chinese news network Bowen Society, the 93-year-old Jiang is under growing state supervision. His doctors have been replaced without his consent, and he is only permitted to choose between two hospitals within China, leading to his unease and subsequent decision to seek treatment at a Thai hospital.

High-ranking party members loyal to former chairman are being swept up in Chairman Xi's ongoing clampdown on perceived rivals. Officials of the People's Liberation Army's now-disbanded General Staff Department are widely considered to be a "small treasury" of sorts for Jiang, reports the Liberty Times, putting them in the crosshairs.

Former General Staff Department members incurred Xi's wrath when they visited Jiang during his treatment. One of these political allies was Lieutenant General Yang Hui (楊暉), chief of staff of the Eastern Theater Command, who has been under investigation by the Xi administration for corruption since last August, according to the South China Morning Post.

Yang was suddenly arrested several days ago. Xi then went on to purge a large number of personnel in the Eastern Theater command, the Liberty Times reports.