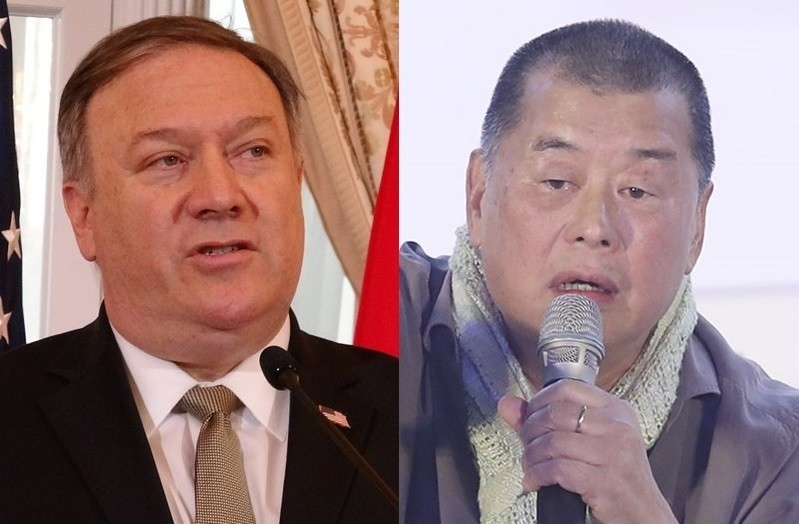 State Department spokesperson Morgan Ortagus in a press release said that Pompeo met with Lai in Washington today to discuss developments related to amendments to Hong Kong’s Fugitive Offenders Ordinance and the status of Hong Kong’s autonomy under the ‘One Country, Two Systems’ framework." Next Digital is the mother company of Apple Daily, a pro-democracy tabloid published both in Hong Kong and Taiwan that is critical of China's policies, including those in Hong Kong.

Radio Free Asia cited Next Digital executive Mark Simon as saying that "The two had a constructive discussion about the situation in Hong Kong, human rights, and the broader context with China and Taiwan." Simon added that Lai "thanked Secretary Pompeo for the administration’s concern with human rights, and encouraged continued international attention to Hong Kong and the promises the Chinese government has made," according to the report.

The Fugitive Offenders Ordinance amendment bill proposed by the Hong Kong government has aroused great concern by Hong Kong residents. Since June, many large-scale demonstrations have been held in Hong Kong, and clashes have erupted with police, drawing worldwide attention to the special administrative region.