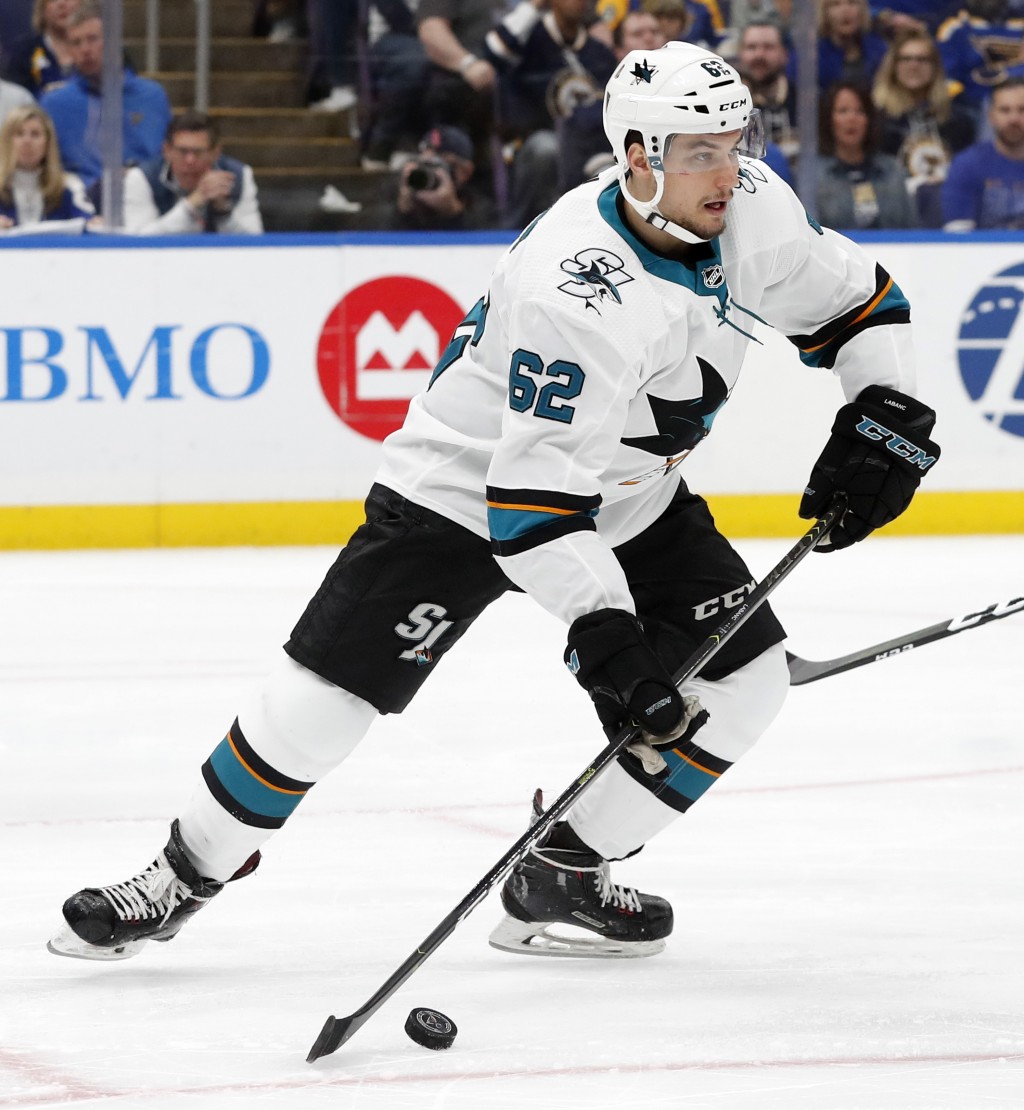 The San Jose Sharks have re-signed forward Kevin Labanc to a one-year contract.

Labanc was a restricted free agent coming off the best season of his young NHL career. The 23-year-old registered 17 goals, 39 assists and 56 points and helped the Sharks reach the Western Conference final.

In announcing the deal Monday, general manager Doug Wilson said Labanc has grown into an important part of the team. Wilson added the Sharks believe he has more potential and are eager to see what he does with a bigger role next season.

Labanc will be counted on to play more minutes after the free-agency departures of captain Joe Pavelski and fellow forwards Joonas Donskoi and Gustav Nyquist.

He showed an ability to produce in important situations when he had three assists and the go-ahead goal in Game 7 of the first round against Vegas. Labanc became the first player in NHL history to record four points in a single period in a Game 7 of a playoff series.