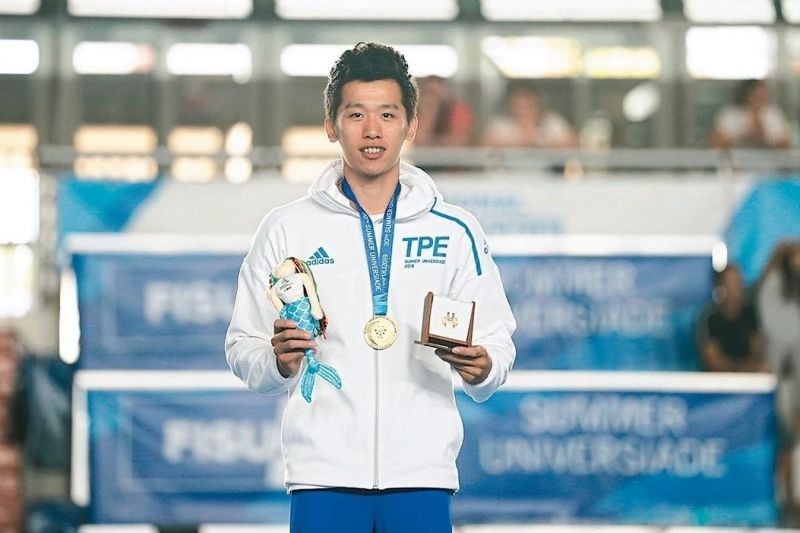 Team Taiwan has won 12 medals—four gold, five silver and three bronze—for seventh in the overall standings as of Day 5 at the 30th Summer Universiade running July 3-14 in Naples, Italy.

Lee Chih-kai is leading the charge in the individual tally with gold in the men’s pommel horse, silver in the team and bronze in the all-around artistic gymnastics discipline. The successful defense of his pommel horse gold from the 29th Summer Universiade in Taipei has Lee on track to qualify for the 2020 Tokyo Olympics at the 49th Artistic Gymnastics World Championships in Stuttgart, Germany, later this year.

Similarly impressive is the injured Tang Chia-hung’s gold in the men’s horizontal bar and silver in the team artistic gymnastics discipline. The former is the country’s first in the category at the biennial international university sports meet, and continues his winning ways from the 2018 Asian Games.

Taiwan also fared well in shooting. Liu Wan-yu and Yang Kun-pi collected gold in the women’s and men’s trap, respectively, as well as silver in the mixed trap. In addition, Lin Ying-shin claimed silver in the 10-meter team air rifle along with partners Chen Yun-yun and Tsai Yi-ting, and bronze in the women’s 10-meter air rifle.

According to the Ministry of Education, Team Taiwan comprises 131 athletes contesting 13 disciplines. At the 2017 edition in Taipei, homegrown athletes bagged 90 medals to finish third overall in the standings.