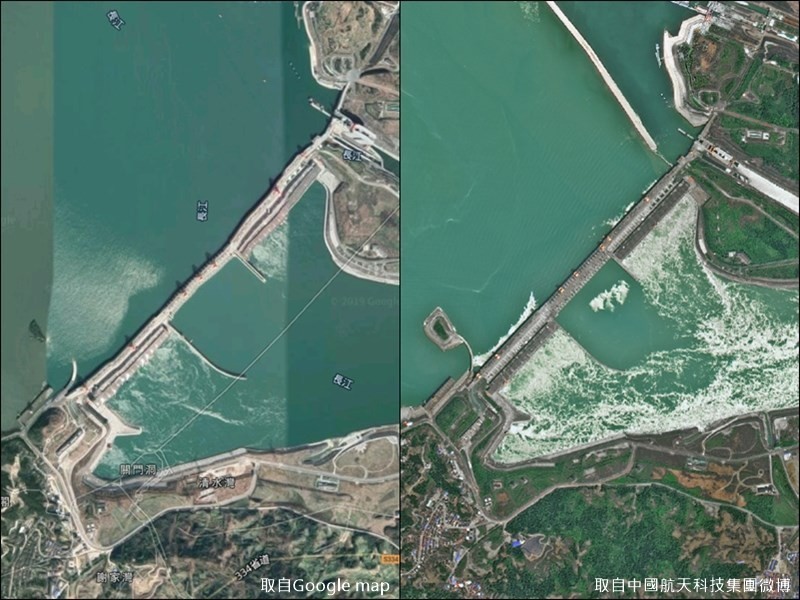 TAIPEI (Taiwan News) — Images that appear to show China's Three Gorges Dam warping badly are causing concern on Chinese social media, but the Chinese government is downplaying the risk to the facility, which it declares is in an "elastic state."

Last week, Google Maps images of China's Three Gorges Dam began circulating on Twitter and soon made their way to WeChat. The images show distortions in the shape of the dam, prompting some to fear it could burst.

However, in response to concerns over the dam's safety, Cao Yi (曹毅), director of the Operations Department of the Three Gorges Group Basin Administration, told The Paper.cn the Google Maps image in question was not taken directly by a satellite, but had been processed by a series of algorithms. He said that the deviations were caused by algorithms that were different from those used by the official Chinese map.

Official Chinese media, including China News Service, quoted China Three Gorges Corporation's WeChat group as saying that dam deformation is in an "elastic state" and that all indexes are within the designed allowable range. The article refers to water storage in the Three Gorges Dam for nine consecutive years from 2010 to 2018.

The state-owned corporation writes that since the dam began operations in 2006, the working behavior of the structures have been in the "normal" range. It added that displacement of the dam since it began operating in 2006 has only reached 1 millimeter.

The company claimed the distribution of vertical displacement and horizontal displacement conforms to a regular pattern of deformation by a gravity dam. The corporation also claimed the dam is in an "elastic state" and tiny deformations occur, all indicators are within an acceptable range of the original design.

To try to counter the images which appeared on Google, China Aerospace Science and Technology Corporation (CASC) released high-resolution satellite images which appear to show the dam's walls to be perfectly straight. Meanwhile, China's state-run mouthpiece, the People's Daily, suggested that temperature, weather, the Earth's rotation, and numerous other factors could cause distortions in the Google Maps images. 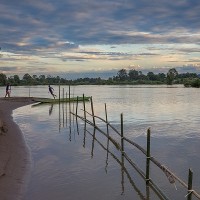