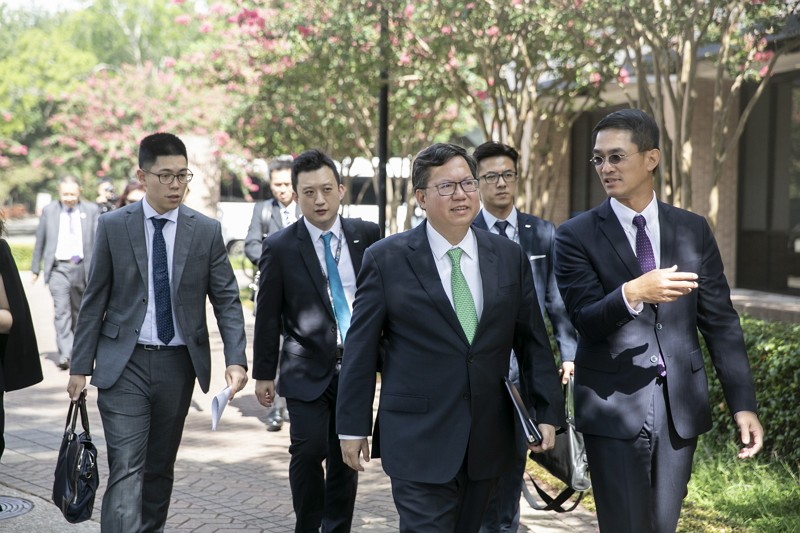 TAIPEI (Taiwan News) – Taoyuan Mayor Cheng Wen-tsan (鄭文燦) embarked on a 12-day trip to the United States on Saturday (July 6), during which he will visit five cities and attend the GCTC Expo 2019.

The itinerary for the delegation includes the cities of Houston, Dallas, Washington D.C., New York, and Seattle. The officials are scheduled to return on July 17, according to the city government.

Cheng will deliver a keynote speech at the plenary session of the GCTC (Global City Teams Challenge) Expo 2019, which focuses on cybersecurity and privacy. The event is jointly-organized by the U.S. Department of Commerce, Department of Homeland Security and National Telecommunications and Information Administration.

The politician is slated to meet a number of overseas Taiwan communities in Washington D.C. and give a public address at Wilson Center. Cheng will also attend a closed-door seminar held by the Hudson Institute, a non-profit American think tank.