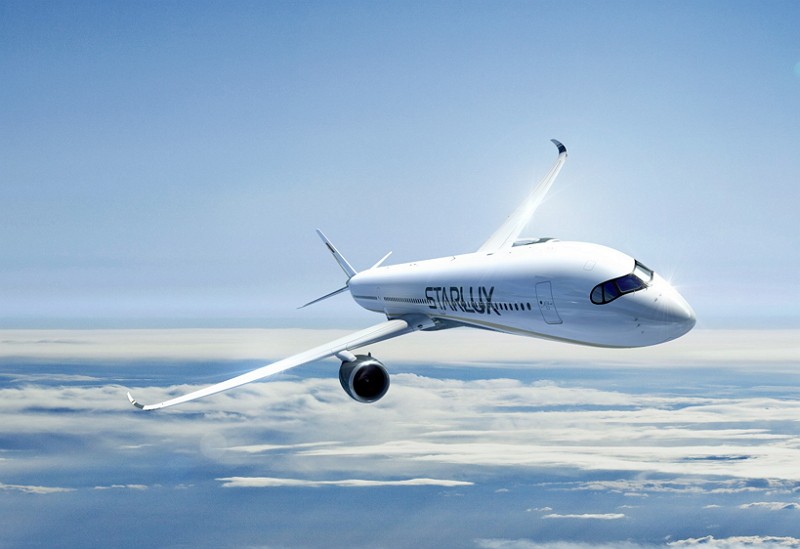 Taipei, July 8 (CNA) StarLux Airlines Co. Ltd., a new Taiwan-based carrier, will operate at least 13 scheduled or chartered flights to Japan and Thailand when it begins service next year, according to the Civil Aeronautics Administration (CAA).

The CAA said last week that it had approved the carrier's application to offer scheduled flights from Taoyuan to Okinawa, Osaka, Fukuoka, Sendai, Sapporo, Hakodate, Nagoya and Tokyo (Narita) in Japan, as well as chartered flights from Taichung to Tokyo and Osaka.

The airline will also operate scheduled flights to Bangkok, Chiang Mai and Phuket in Thailand, the CAA said, adding that it is reviewing StarLux's plans for flights to Vietnam.

Last month, StarLux said it was planning flights to three destinations when its operations begin in January 2020 and that its bookings would open in December at the earliest.

StarLux spokesman Nieh Kuo-wei (聶國維) said that when the airline takes delivery of the first leased A320neo aircraft in October, it will be flown to Taiwan by StarLux Chairman Chang Kuo-wei (張國煒), who is commercial pilot.

The second and third ones will be delivered in December and next January, respectively, in time for the launch of StarLux's services, Nieh said.

StarLux said it will be focusing on routes within Asia in the initial stage of its operations but will expand its network to North American destinations from 2022, targeting high-end travelers.