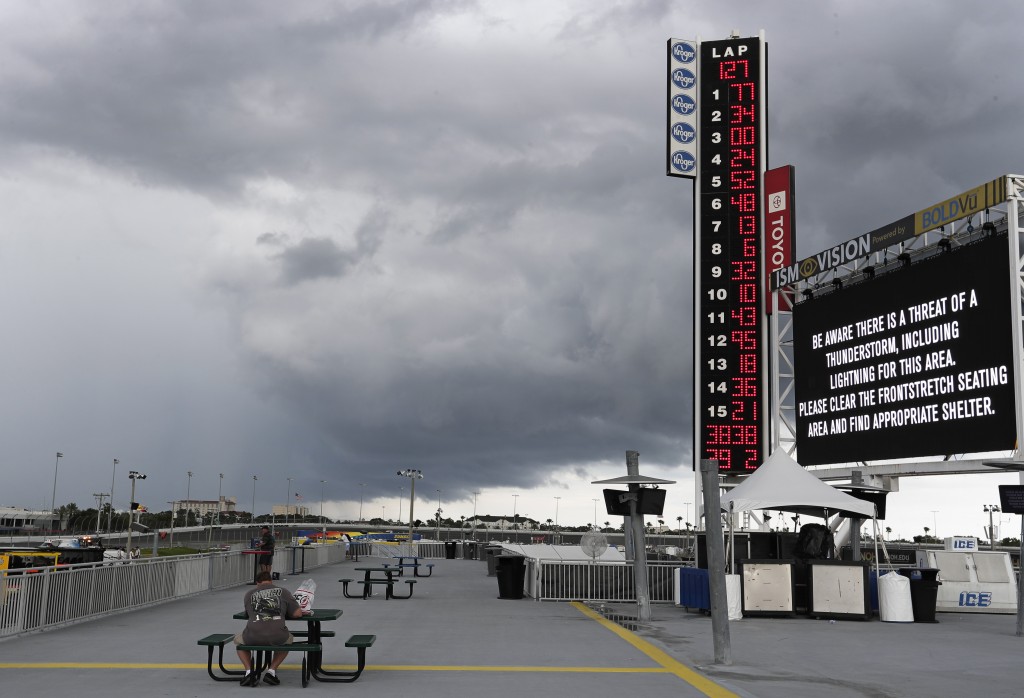 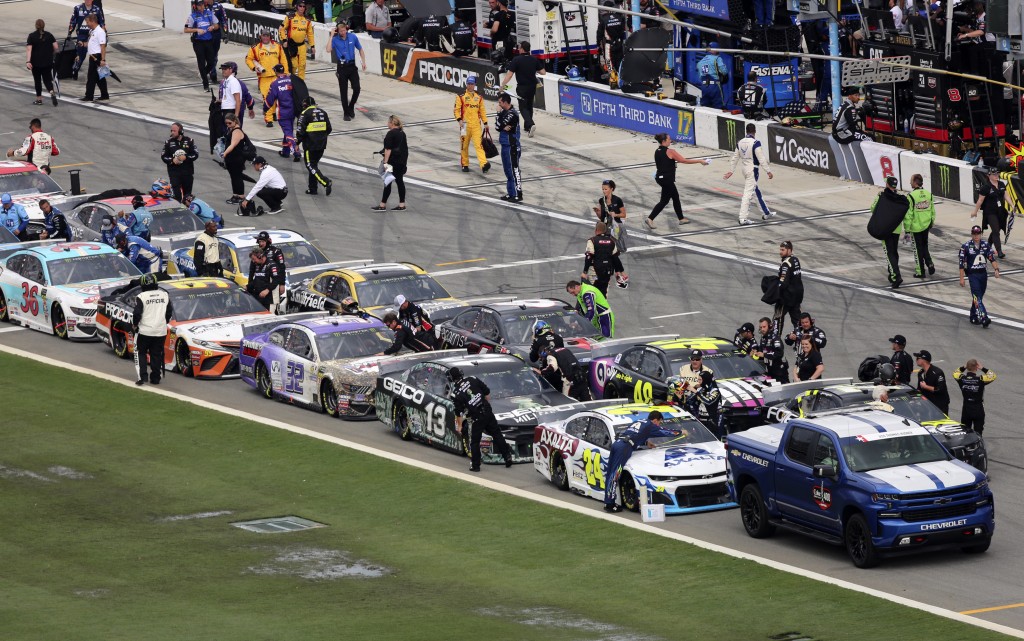 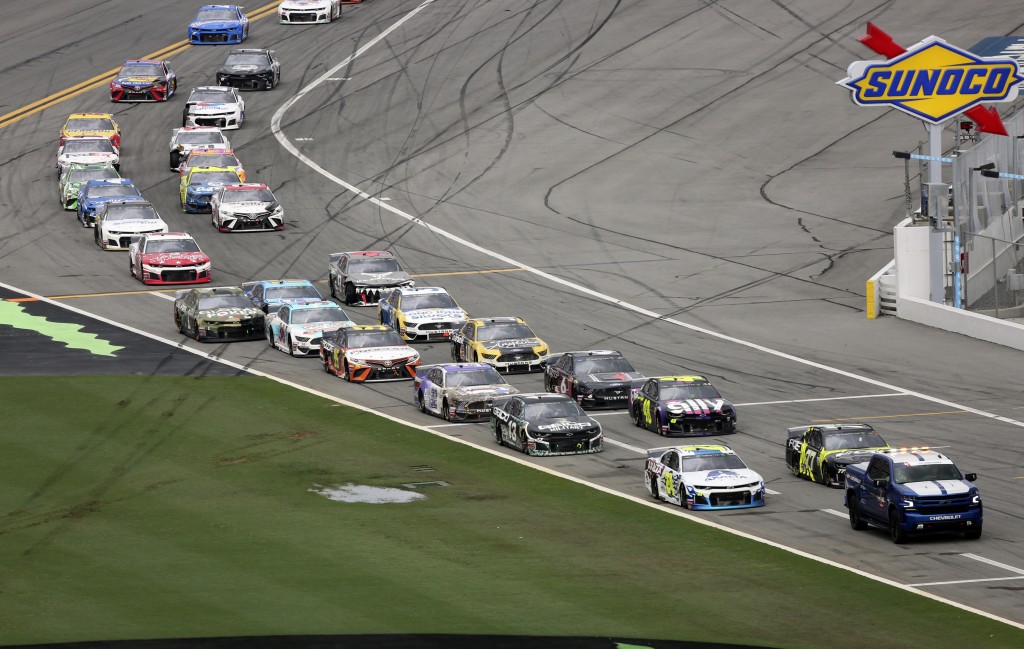 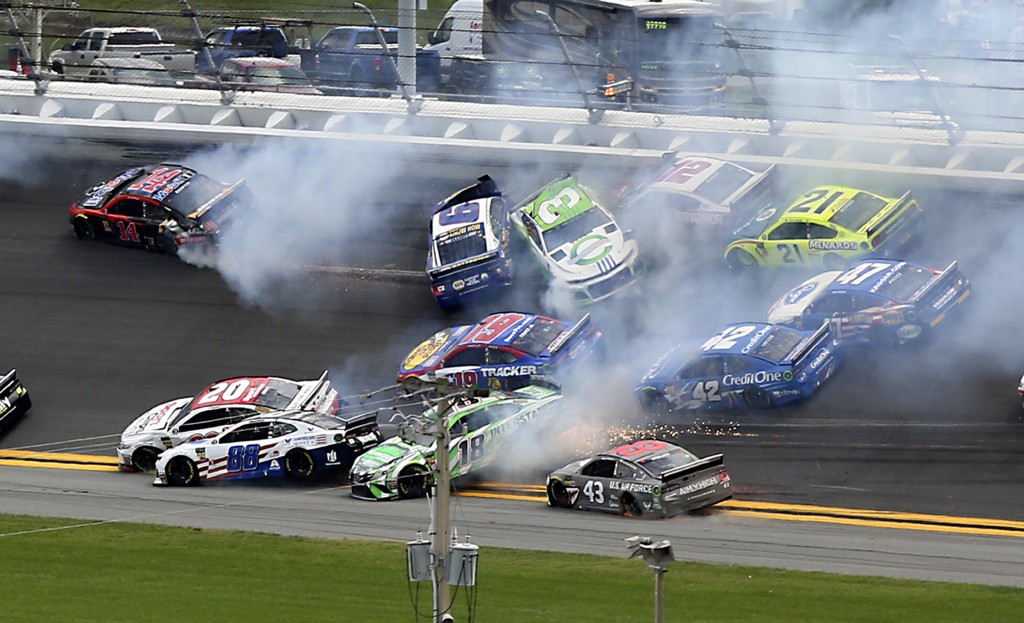 A 500-1 longshot making just his third career Cup start, Haley won the rain-postponed, rain-shortened race at Daytona on Sunday. He inherited the lead after a 17-car accident decimated the field and a lightning strike forced NASCAR to stop the race.

Haley waited out the delay in a conference room inside the historic speedway, admittedly too nervous to do more than pray for the skies to open and the race to be called once and for all.

The wait of 2 hours, 12 minutes was well worth it for the 20-year-old Indiana native driving for first-year team Spire Motorsports.

The race — the last surrounding the July Fourth holiday at Daytona since 1959 — was scheduled for Saturday night but forced into Sunday afternoon because of persistent rain and lightning that washed out most of this final Independence Day party at NASCAR's birthplace.

As the clouds darkened over the track at the start of the third stage, drivers picked up the intensity and started racing as if the event would end at the first drop of rain.

Clint Bowyer pulled out of line and tried to pass Austin Dillon for the lead, but Dillon would not relinquish the spot. His Chevrolet wiggled, Bowyer hit him from behind in his Ford, and because they were at the front of the field, it caused a huge wreck.

"I guess he didn't want me to pass him," Bowyer said. "I got under him and he blocked and he just finally wrecked us all."

"I really thought it was kind of urgent because of the lightning and rain coming," he said. "It's part of this kind of racing. I was being aggressive and trying to keep the lead." As he spoke, lightning crackled above his head, "and there's a lightning strike right there."

With that, NASCAR had to stop the race and bring the remaining cars to pit road as a safety precaution. The move came just minutes after Kurt Busch, who had slid through the massive accident to take the lead, made a quick pit stop.

Busch relinquished the lead because he thought the race was one lap away from resuming, and Xfinity Series regular Haley cycled into the lead. He was making his third career Cup start for Spire, which bought into racing when it purchased one of the charters Furniture Row Racing left behind when the team folded at the end of last season.

Haley posted on social media earlier this week a photo of him crossing the finish line first in an Xfinity race at Daytona sarcastically noting: "1 Year ago today, first Xfinity win!!!!" Haley was disqualified as the race winner for crossing a forbidden yellow line. He was second in the Xfinity Series race two nights ago, but never imagined his first major victory would come at Daytona in one of NASCAR's treasured events.

While Haley waited and hoped the race would not resume, drivers Bubba Wallace and Daniel Hemric took a football to the infield grass and took turns tossing it back and forth to the fans in the grandstands. Finally, the game was called, the drivers returned to their cars, and just as they pulled on their helmets and gloves, lightning struck again and another hold was called.

"I don't like to get my hopes up," Haley said from a meeting room in the Daytona infield. "We're just playing the waiting game. Trying to keep my stomach inside of me — it's tossing and turning right now."

KESELOWSKI CRASH DAMAGE: Brad Keselowski has crashed out of five of his last six Cup races at Daytona. His latest incident occurred in the second stage Sunday when his Ford turned right into the wall after Kevin Harvick gave him a strong push from behind.

It was Keselowski who set the tone for the racing earlier this week when he refused to lift during a Thursday practice session when William Byron tried to block him. Byron wrecked and Keselowski admitted he was sending a message that he's not giving an inch when drivers block on the track.

He was asked after Sunday's crash if his incident was caused by Keselowski blocking or Harvick pushing too hard.

"That would feel really good for some people on Twitter," he said. "Nah, it looked like Kevin was trying to give me a really good push and just didn't have enough grip and I lost it."