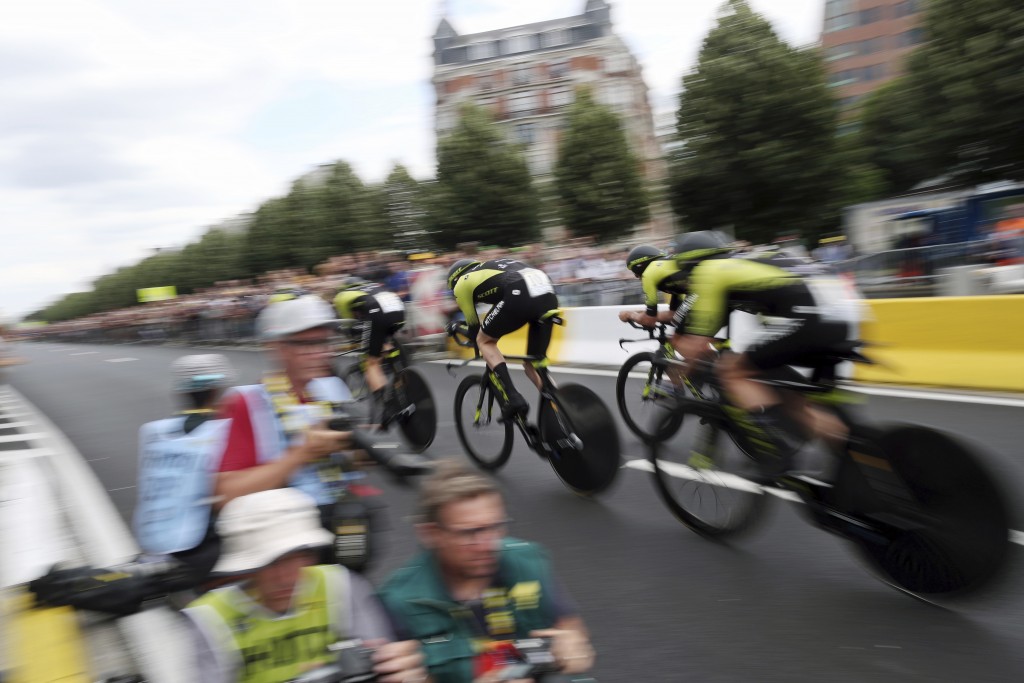 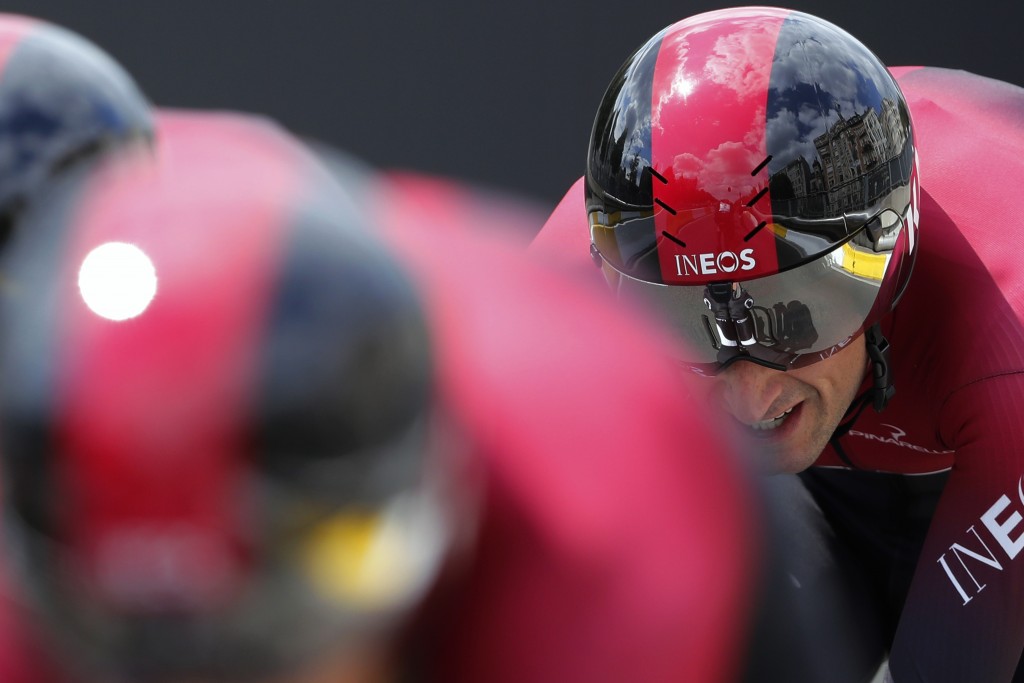 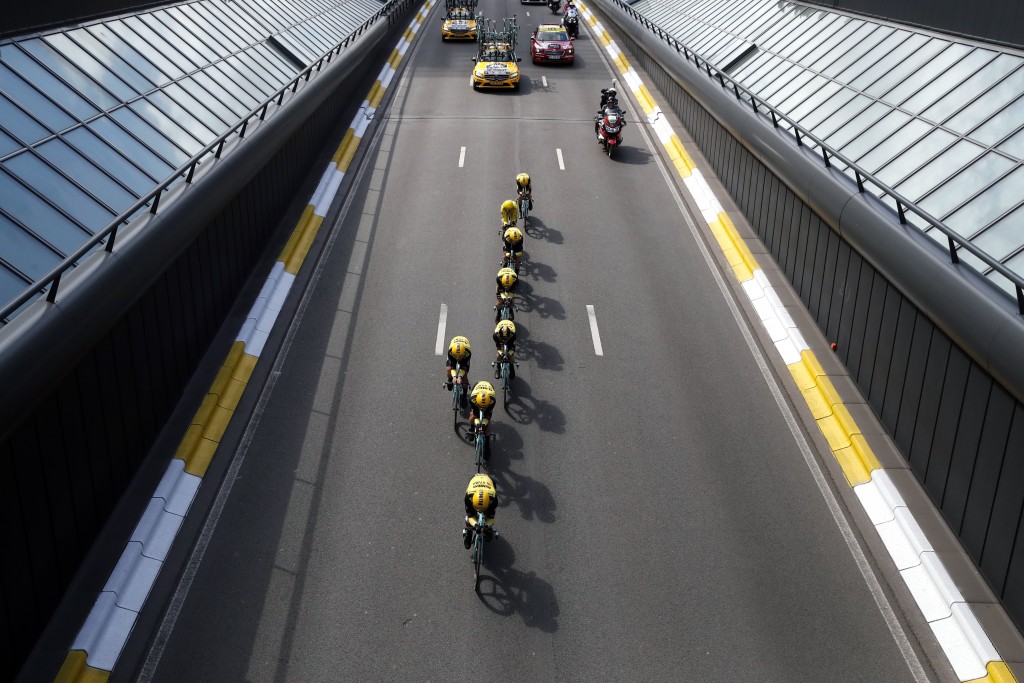 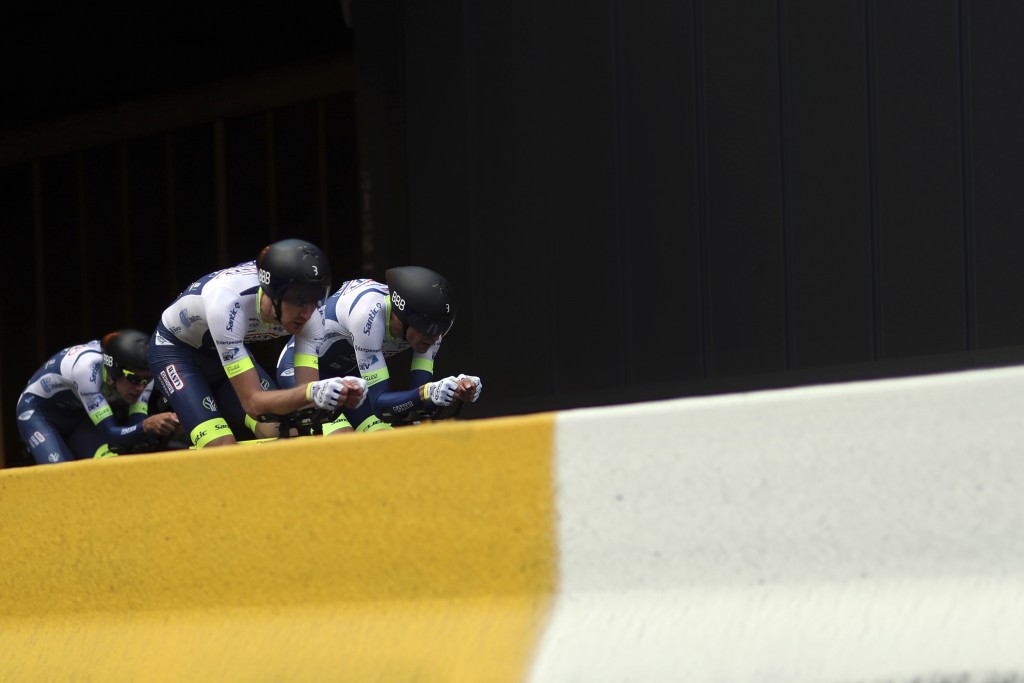 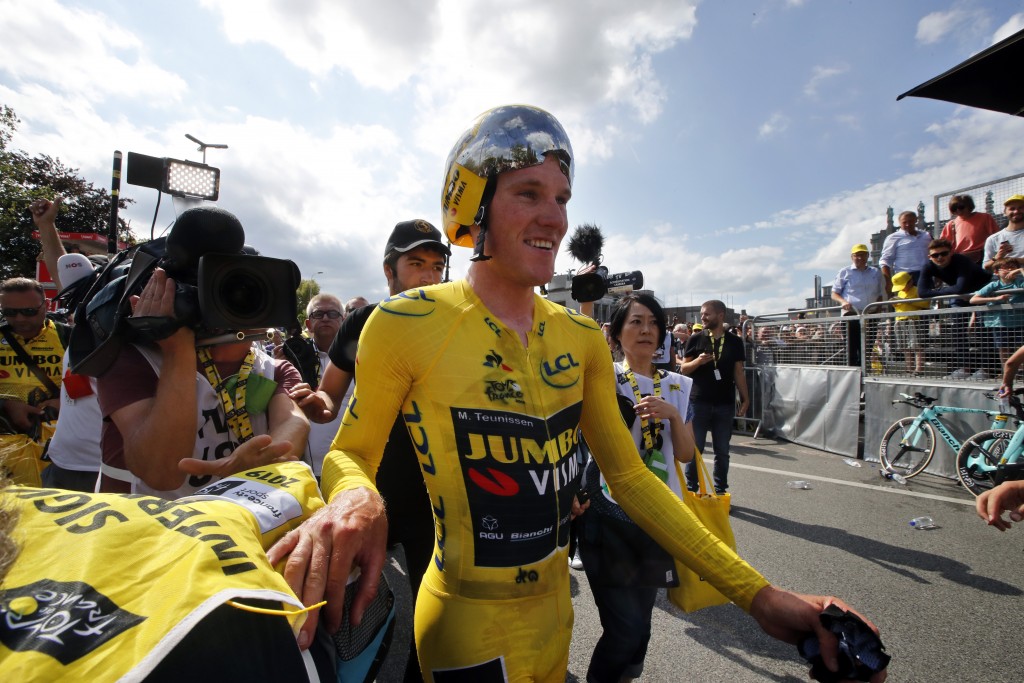 BRUSSELS (AP) — At the Tour de France, there are two types of eating.

There's food for pure pleasure, consumed with gusto by those who follow the race for three weeks through French regions heaving with edibles.

And there's food for fuel, gobbled hungrily on and off the saddle by the riders whose chances of winning can be damaged by not eating scientifically.

Jakob Fuglsang, a 34-year-old Danish rider among the favorites to win this Tour, that on Sunday saw Dutch team Jumbo-Visma power to victory in a time trial in skintight race suits, says he's a prime example of how understanding the role of food can make a difference between contending and seeing rivals race off ahead.

In finishing only 12th at the Tour of 2018, Fuglsang says he repeatedly felt himself running short of oomph, partly a consequence of unbalanced nutrition.

"I felt like I had energy for one hour of full-gas racing, and after that I was just empty, I didn't have the power that I needed," he said in an interview with The Associated Press.

Now, with nutritionist Marcel Hesseling advising him what to eat, when, and in what amounts, Fuglsang is having a standout season. The leader of the Astana team warmed up for his ninth Tour by winning the Dauphine stage race in June. About food-fueling, he's talking like a new man, a convert to Hesseling's diet regime "to make sure that what you burn, you also get back in."

"I feel that even when we come to the last hour of the race, I still have power," Fuglsang says.

Hesseling says his eating plans for Fuglsang are detailed right down to the hour for big mountain stages that come in weeks two and three of the Tour. The exertions of scaling peaks at altitude could see the rider burn through 8,000 calories in a stage.

"So he knows exactly how much he has to eat each hour," Hesseling told the AP.

Fueling in the saddle includes rice cakes, switching to high-energy drinks and gels for the furious ends of stages.

But fueling has to be pleasurable, too, so riders don't get tired of the piles of food they consume for their 3,480-kilometer (2,160-mile) trek through Belgium and France. Some are so ravenous after a day's racing that they wolf down plates of rice and other carbs almost immediately after climbing off their bikes.

Robert Gorgos, nutritionist on the Bora Hansgrohe team, says his diet plans aim to keep the riders' "brains healthy, too," so they don't get bored of meal-times.

For Sunday's time trial, where teams sped one after another on a 27.6-kilometer course (17.1-mile) course through Brussels, Gorgos had the team cook prepare a light meal for the riders three hours before they mounted their aerodynamic bikes, so "they don't lose any energy digesting and have all the energy for the short, very high-intensity" race against the clock.

BAGUETTE AND BUTTER: With his straight-line speed, 26-year-old Teunissen could keep the race leader's canary-yellow jersey on Monday's Stage 3 if the 215-kilometer (133-mile) trek to the French Champagne town of Epernay finishes in a mass sprint.

But a succession of short, sharp hills in the final stretch of the otherwise flat-ish ride from Binche in Belgium might tempt an enterprising rider into trying to surprise the chasing pack by breaking off ahead in pursuit of the stage win.

QUOTE OF THE DAY: "Day by day, we'll come back" — Fuglsang. Banged up in a crash Saturday that left him with a leg-muscle injury and a cut above his right eye, Fuglsang's Astana squad finished only 10th of the 22 teams in Sunday's time trial.