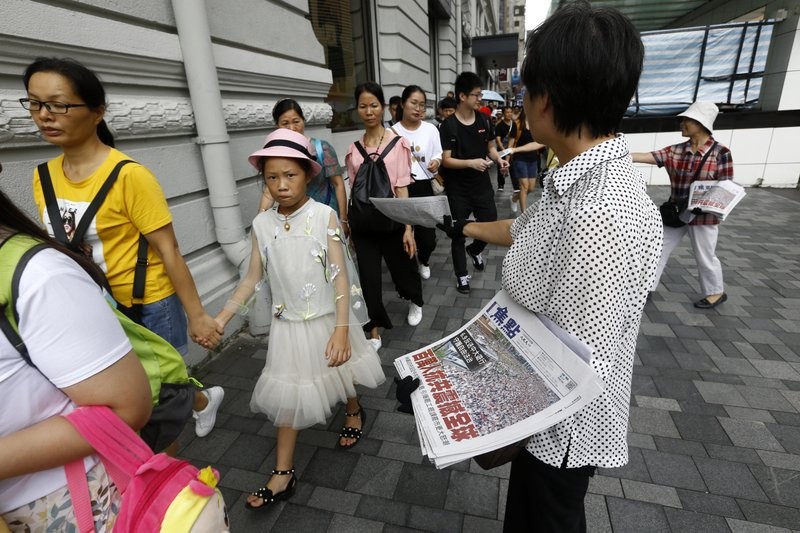 HONG KONG (AP) — Protesters in Hong Kong are taking their message to visitors from mainland China.

A late Sunday afternoon march is to go through a popular shopping area for Chinese tourists and end at a high-speed rail station that connects the city to the mainland.

It is the first major protest since last Monday, when hundreds of thousands marched through central Hong Kong and a smaller group smashed its way into the legislative building, spray-painting slogans on the walls and overturning furniture.

Organizers of Sunday’s march say they want to explain their cause to people from the mainland, where media coverage of the movement has been limited. The protests were sparked by proposed changes to the extradition laws, which raised broader concerns about an erosion of rights under China.