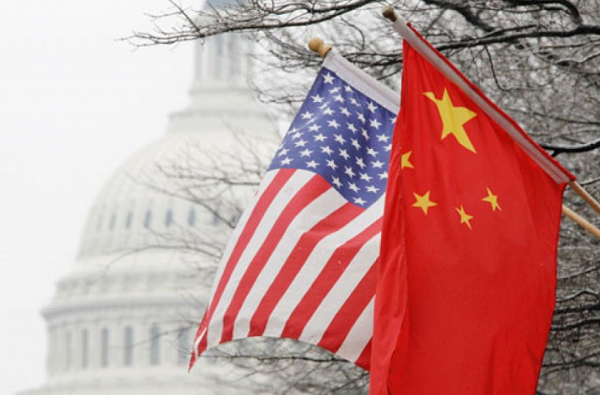 TAIPEI (Taiwan News) – On July 3, the Washington Post published an op-ed entitled “China is not an enemy” addressed to the White House and Congress, which was endorsed by 100 signatories representing the best and brightest of the United States’ pro-Chinese Communist Party (CCP) intelligentsia.

The article, authored by five individuals who clearly should never have been in positions of authority capable of influencing U.S. foreign policy, serves as an apologist's reminder of how the corporatist and coastal elites of the United States cherish their privileged relationship with the Chinese government.

In the future, op-ed letters like “China is not an enemy” will likely be regarded for their ironic value in the same way that Neville Chamberlain’s 1938 “Peace in our time” address is viewed today.

The letter is authored by former diplomats J. Stapleton Roy, a former U.S. ambassador to China during the years 1991-1995, and Susan A. Thornton, the previous Assistant Secretary of State for East Asian and Pacific Affairs, appointed under the Obama administration. Additional authors are M. Taylor Fravel, an MIT professor, and Michael D. Swaine, both experts in the academic fields of China Security Studies, along with a Harvard Emeritus professor Ezra Vogel, a prolific scholar and specialist in East Asian history.

Of the five authors, three of them, Roy, Thornton, and Fraval, are members of the National Committee on U.S.-China Relations, an NGO and advisory group representing Henry Kissinger’s “Friends of China” approach to dealing with Beijing via consistent policies of economic appeasement.

And if there is one word that sums up the general attitude of the entire letter it is certainly “appeasement.”

The letter, despite its list of distinguished authors and signatories, is a cowardly argument from the conflict averse, those who would forsake moral obligation to do the right thing in an effort to salvage the benefits of a financially lucrative, but crumbling, status-quo.

The letter outlines seven items which are absurdly referred to as “propositions,” but are realistically just seven areas of the Trump administration’s foreign policy towards China which make these authors uncomfortable.

In truth, the article proposes little more than general support for China’s meaningful “participation” in global affairs, increasing the role of “international organizations” to work with the Chinese leadership, and the implicit notion that the Trump administration just can’t understand China as well as these specialists and experts ever could.

It strikes me as concerning that a letter entitled “China is not an enemy" opens with the line “Although we are very troubled by Beijing’s recent behavior, which requires a strong response,” then proceeds to list seven individual items which each concede that China's government is in fact a danger to peace, global security, and U.S. interests.

Reading such a letter, one wonders how cowed, mischievous, or willfully ignorant a child would have to be to write a letter to their school’s principal about a neighborhood bully, outlining all the ways in which the bully has abused students and threatens to do worse, only to then argue that discipline and confrontation is not the answer?

Whatever the motivations of these authors and signatories may be, they all agree on the following items.

1. China has made a “turn toward greater domestic repression, increased state control over private firms, failure to live up to several of its trade commitments.”

3. “U.S. opposition will not prevent the continued expansion of the Chinese economy, a greater global market share for Chinese companies and an increase in China’s role in world affairs.”

4. China has a “government intent on limiting the information and opportunities available to its own citizens and harshly repressing its ethnic minorities.”

5. “China has set a goal of becoming a world-class military by mid-century….Beijing’s growing military capabilities have already eroded the United States’ long-standing military preeminence in the Western Pacific.”

6. “Beijing is seeking to weaken the role of Western democratic norms within the global order.”

7. “A successful U.S. approach to China… must be based on a realistic appraisal of Chinese perceptions, interests, goals and behavior.”

So let’s recap. China’s rise won’t be stopped. China is a threat to democratic social norms. Beijing consistently represses its own citizens and has already begun a process of actively undermining U.S. interests, partnerships, and its military presence in the Indo-Pacific.

But the response of the United States should be what again? Appeasement?

That’s what I hear.

Those of us who don’t shy away from history books or remove certain problematic pages have quite a "realistic appraisal of Chinese perceptions, interests, goals and behavior.” Indeed, the United States and international community have already been fooled once by post-Cold War optimism that Beijing's conduct and character would improve. It would be a shame if they fooled us all twice.

It appears to me that the authors and signatories of this Washington Post op-ed are the ones which have lost sight of the historically evidenced character of the CCP, along with their clearly stated “goals” and “interests.”

It is these conflict averse individuals, with their scholarly knack for obscurantism, who would shy away from injustice and tyranny for the right price.

It is worth noticing that the imperialist “goals” of the CCP, articulated as they are by autocratic leader Xi Jinping, receive absolutely zero mention in this letter. And this at a time when the potential consequences of ignoring the CCP’s “blood and soil" ideology grow more disturbing with each passing year.

Of course, when the goal is appeasement, making powerful friends, and greasing the tracks of a global corporatist agenda, it wouldn't be expedient to discuss Beijing's frightening pursuit of a technocratic dictatorship and 360 degree surveillance system that will serve as a prototype for aspiring authoritarian governments of the future.

It doesn’t serve such a cause to draw attention to the concentration camps and the forced re-education of Uyghur people in Xinjiang, or to the policies of forced intermarriage, and population replacement to outbreed native peoples in East Turkestan and Tibet.

It wouldn’t help their argument to mention the deteriorating situation in Hong Kong, a city of 7 million people, that is so wracked by fear and anger about a potential future stripped of liberty and self-determination, that the city is teetering on the brink of chaos.

And such a plaintive cry for China’s “meaningful participation” in international affairs, certainly wouldn’t want to include mention of how the CCP is responsible for excluding the genuinely democratic country of Taiwan, a civil, prosperous society of 23 million people, from such a respectable international system of cooperation and mutual benefit.

The fact that the CCP has consistently threatened to attack, invade, and destroy any semblance of a democratic society in Taiwan, probably would not help the argument these authors are trying to make to the people of the United States and their government in Washington.

Because if citizens of the United States were familiar with the real character, goals, and interests of the Chinese government, they might just be motivated to stand on principle and give that “strong response” these authors seem so keen to avoid.

When it comes to addressing long-simmering conflicts, and in this case, putting a long-time neighborhood bully on notice, it seems to me that the Trump administration’s “strong response” has been both appropriate and effective.

The authors of the Washington Post op-ed, and all of the signatories listed below, might want to remember that the United States has a fairly long tradition of standing up to bullies. Appeasement and shying away from injustice is not what Americans are typically known for.

All that aside, there is one point the authors get right.

China is not an enemy, agreed.

But for millions of people who believe in genuine representative government and the cause of liberty, the Chinese Communist Party most certainly is.

Given that the authors are all highly distinguished diplomats and scholars, maybe in their next letter calling for appeasement they can remember to differentiate the two.

●Philip H. Gordon, Mary and David Boies Senior Fellow in U.S. Foreign Policy at the Council on Foreign Relations; former special assistant to the president and Coordinator for the Middle East and assistant secretary of state for European and Eurasian Affairs

●Thomas Pickering, former under secretary of state for political affairs, 1997-2000; former U.S. ambassador to the United Nations from 1989-1992

●Charles S. Robb, former U.S. senator (1989-2001) and former chairman of the East Asia subcommittee of the Senate Foreign Relations Committee; governor of Virginia from 1982 to 1986