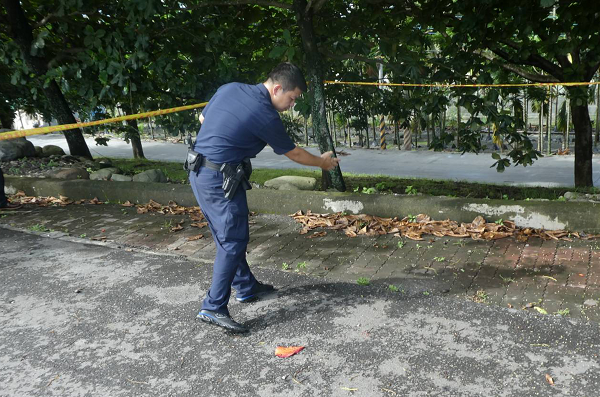 According to reports, the woman was angry with her lover because she suspected he was planning to end their relationship. After an unsuccessful attempt to drug and incapacitate him earlier in the day, the couple went for a walk near the Nanhua Bridge (南華大橋) that evening, where she strangled him to death with a hemp rope.

The woman also reportedly used rubber bands to tightly bind the man’s genitals before she abandoned the body.

Huang’s body was found without pants near the embankment in the early morning of July 5 by nearby residents. Jiang was immediately found by police and confessed to the murder.

Liberty Times reports that the woman confessed she had originally planned to cut off the man’s genitals with scissors, but she abandoned the plan because of the rain.

Jiang told police officers that she was the target of Huang’s verbal abuse and that she also couldn’t stand his bad breath. The woman was involved in her extramarital affair with Huang for over four years, reports CNA.