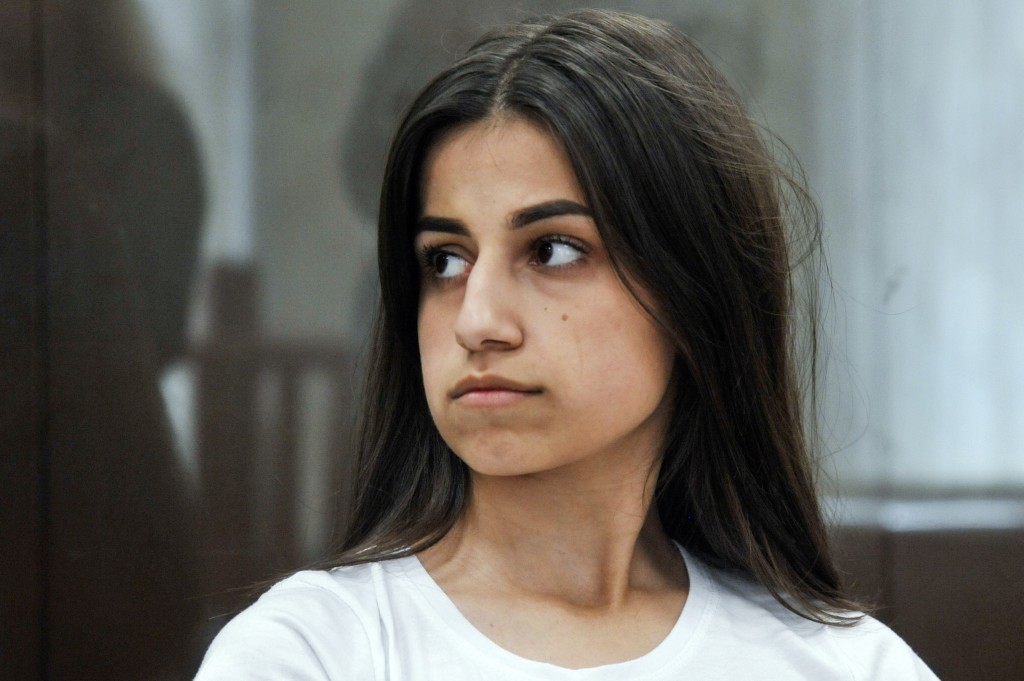 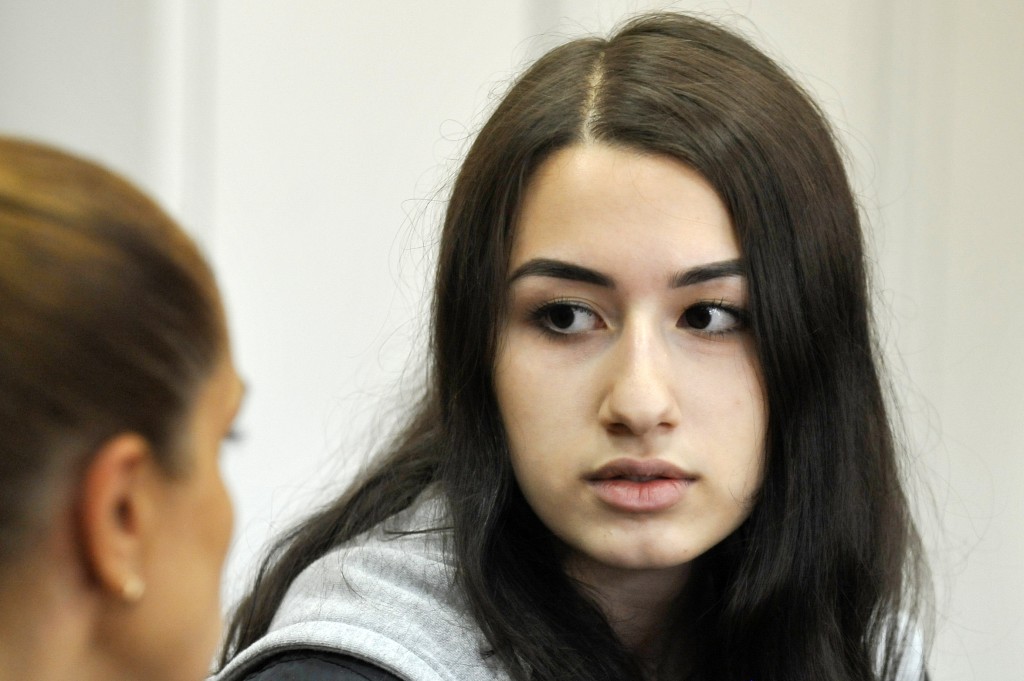 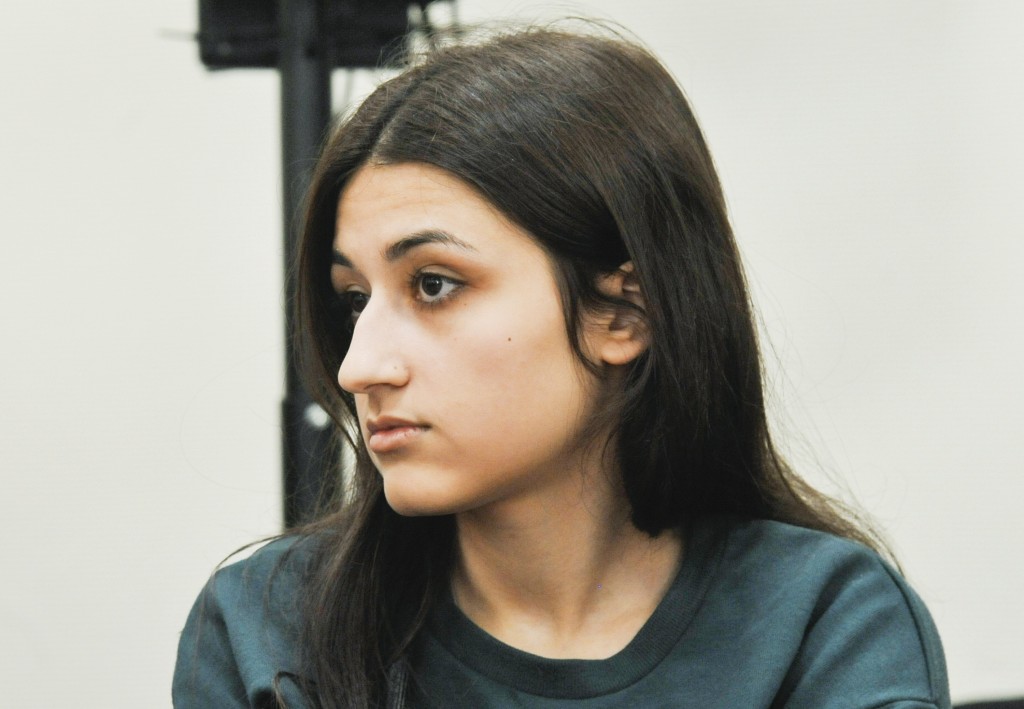 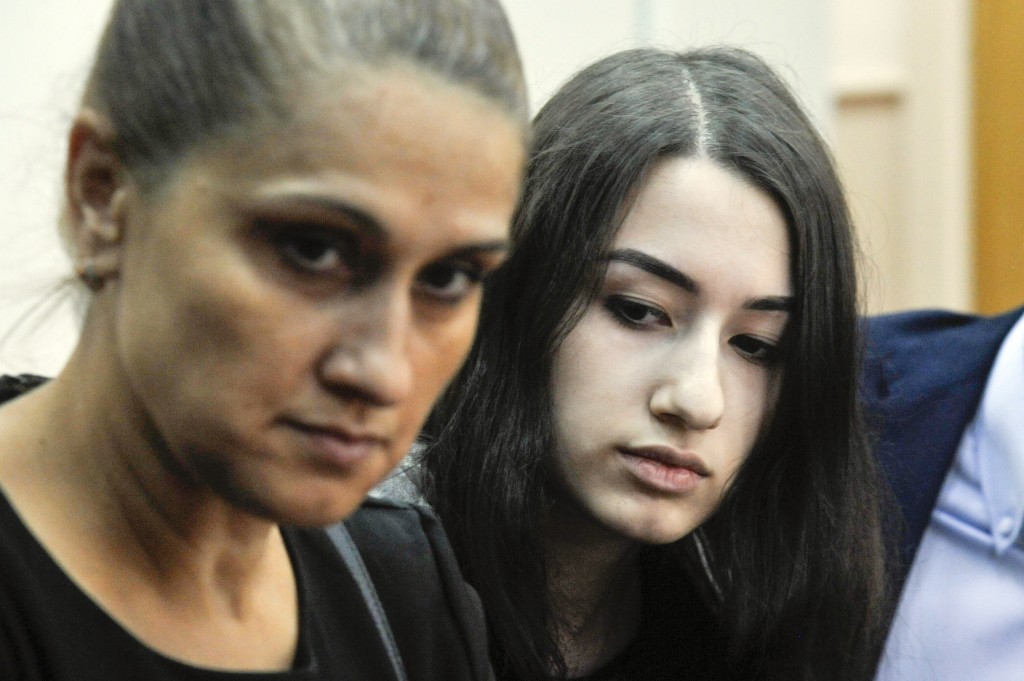 MOSCOW (AP) — One evening last summer, Mikhail Khachaturyan decided that his living room wasn't tidy enough, so he summoned his three teenage daughters one by one and doused each with pepper spray.

There was little unusual about this evening in the Khachaturyan household, according to court records, except for one thing: The sisters decided they couldn't take the violence and abuse anymore. They waited until their father fell asleep in his rocking chair and attacked him with a kitchen knife and a hammer. He put up a fight, but died within minutes.

The Khachaturyan sisters, now aged 18, 19 and 20, were charged last month with premeditated murder, in a case that has drawn outrage and shone a light on the way the Russian justice system handles domestic violence and sexual abuse cases.

More than 200,000 people have signed an online petition urging the prosecutors to drop the murder charges, which could land the sisters in prison for up to 20 years.

Supporters of the sisters have protested outside Russian embassies in more than 20 locations abroad, and a theater has staged a performance in solidarity. They had planned a major rally in central Moscow on Saturday, but said they had to cancel it, citing the City Hall refusal to provide security for the gathering.

"The Khachaturyan case is quite indicative of the general situation with domestic violence and how the Russian state responds to this problem," says Yulia Gorbunova, who authored an extensive report on domestic violence for Human Rights Watch last year.

Pressured by conservative family groups, President Vladimir Putin in 2017 signed a law decriminalizing some forms of domestic violence, which has no fixed definition in the Russian legislation. Police routinely turn a blind eye to cases of domestic abuse, while preventive measures, such as restraining orders, are either lacking or not in wide use.

Court filings showed that the Khachaturyan sisters were repeatedly beaten by their father, a war veteran, and sexually abused. He had kept a stockpile of knifes, guns and rifles at home despite having been diagnosed with a neurological disorder, and was known to shoot indoors. He repeatedly threatened neighbors and family with violence.

The Khacharutyan sisters' lawyers say the girls were driven to the edge.

"The first day we met," Krestina's lawyer Alexei Liptser said, "she said she's better off here, in jail, than living at home the way she had been."

Going to the police was not an option for Khachaturyan's victims, who feared that life for them would only get worse. The girls had shared some of the horrors they had gone through with school friends but pleaded them not to go to the police, In the year before the attack, the girls attended less than two months of classes in total, but the school administration did not interfere.

Prosecutors acknowledge the extraordinary violent circumstances that pushed the teenagers to attack and eventually kill their own father, but they insist that Maria, Angelina and Krestina should be tried for murder. The sisters' lawyers argue that they were acting in justified self-defense in circumstances of lasting abuse and life-threatening violence.

The sisters have been released on bail and barred from seeing each other, witnesses in the case or the media. They are reportedly in good spirits. "At least, no one is beating them up," Liptser says.

The case of the three timid teenagers has inspired 29-year-old Zarema Zaudinova to direct a performance at the underground Theater Doc last week, combining the hair-raising experiences of the sisters with performers' own personal stories. Some members of the audience walked out after one of the more graphic accounts of abuse.

For Zaudinova, the Khachaturyan case was the last straw.

"We have no protection," she says. "We will either get raped or we will get thrown into prison if we defend ourselves."

Research on Russian criminal court cases compiled by media outlet Media Zona shows that out of 2,500 women convicted of manslaughter or murder in 2016 to 2018, nearly 2,000 killed a family member in a domestic violence setting.

Human Rights Watch has documented cases where "a very clear case of self-defense" was not recognized as such by prosecutors and led to the victim's imprisonment, according to Gorbunova.

"The choice is not whether you go to the police and get help," she says. "The choice for these women was either to die or they had to protect themselves to the best of their ability."

The bill to replace jail terms with fines in certain cases of domestic violence breezed through the Russian parliament in 2017 and was promptly signed by Putin. But despite its detrimental effect on domestic violence victims, the measure sparked a rare public debate on domestic violence and abuse in a country where a proverb goes: "If he beats you, that means he loves you."

Gorbunova says that public perception of domestic violence has been changing, triggered by the highly publicized court cases like that of the Khachaturyan sisters or the case of Margarita Gracheva, whose husband, previously reported to the police for threats of violence, took her to a forest and chopped off both of her hands. Gracheva endured online bullying and accusations of "provoking" her spouse before her husband was sentenced to 14 years in prison last year, a rare win for a victim of domestic violence in Russia.

The women of Theater Doc say the verdict in the Khachaturyan sisters' case would send a strong message to Russian society.

"We need to fight for it, and talk loud and clear about it," says Zaudinova, who herself told a story onstage of being molested by a male relative at the age of 12. "If the girls get sent to prison and the court doesn't acknowledge that that was self-defense, they will be putting more people in prison and you won't be able to do anything to the person who decided to rape you."