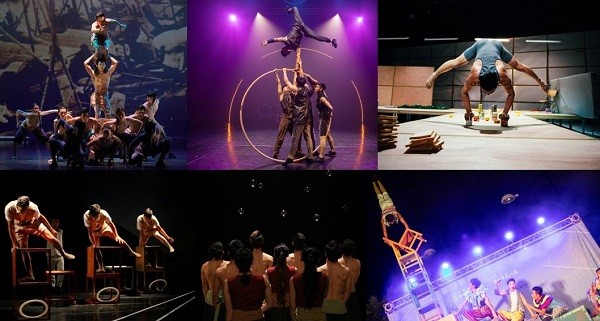 FOCA's visit is part of a two-nation tour that kicked off last month in Indonesia, with captivating performances in Jakarta and Surabaya.

The Indian visit is being organized by the Taipei Economic and Cultural Center in India (TECCI) and Taiwan's Ministry of Foreign Affairs. It is part of an effort to boost relations and cultural ties with countries targeted by the Taiwan government's New Southbound Policy.

The theme of the nine-year-old troupe's performance is "Taiwan, the Heart of Asia." The troupe, which has been dubbed Taiwan's "Cirque du Soleil," has toured more than 50 cities and 20 countries to showcase Taiwan's diverse culture with its unique productions.

The 75-minute performance, which incorporates the diabolo, cyr wheel, aerial silks, and other circus props with Hakka and Aboriginal music and dances, will give Indian audiences a taste of Taiwan's different cultures. The performance will be divided into four parts -- "Island Voice," "Mountain Melodies," "Taiwan Aborigines," and "Formosa."

FOCA was formed by a group of young performers born in the 1990s, and it combines traditional, local, and street cultures with theater to create a modern circus that is unique to Taiwan. Their team members come from different fields of performance, including acrobatics, juggling, dance, and drama, among others.

It is also the only Taiwanese circus troupe to have been invited to the Festival of d'Avignon in France and the Fringe Festival in Edinburgh, Scotland. According to TECCI Representative Ambassador Tien Chung Kwang (田中光 ), FOCA was chosen to represent the cultural diplomacy project because it embodies the hardworking Taiwanese spirit and has taken this unique spirit to the world stage.

Cultural connections are equally as important as trade. Therefore, the purpose of FOCA's visit is to promote Taiwanese culture and closer relations between the two countries. "This event brings many young professional artists to the Indian audiences. It will be a great opportunity to bridge two peoples together." Tien said.

The event is cosponsored by the Federation of Indian Chambers of Commerce & Industry, the Taiwan Chamber of Commerce in Delhi, the Rotary Club of Delhi Garden City, and the Taiwan External Trade Development Council (TAITRA) New Delhi Office. The event is open to the public. 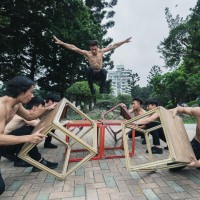 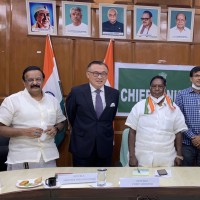