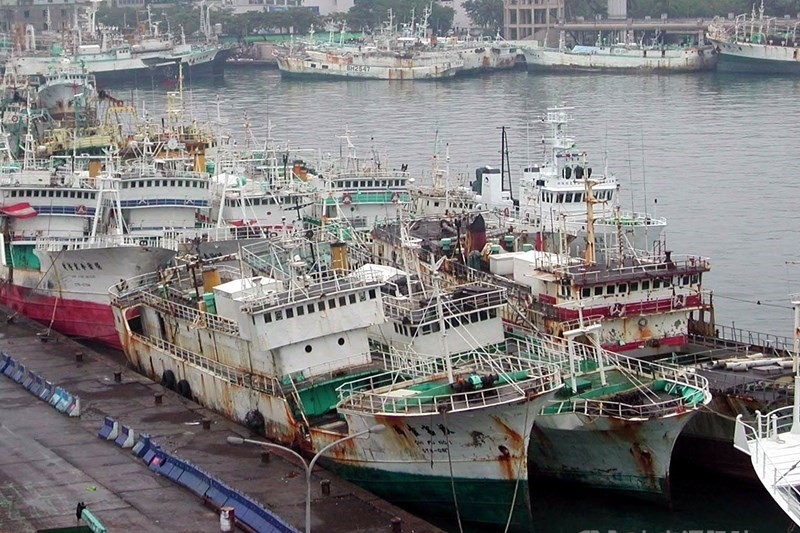 The decision to set up the joint task force followed Taiwan's removal on June 27 from the EU's illegal fishery watch list after almost four years, Fisheries Agency Director-General Huang Hung-yen (黃鴻燕) said at a press conference in Taipei after a weekly Cabinet meeting.

"The task force will not only seek to continue the enforcement of existing measures under the Taiwan government's four major areas of endeavor, but will also allow both sides to discuss relevant issues and work together towards our shared goals," Huang said.

The first consultative meeting of the Taiwan-EU task force will be held at the end of the year, at the earliest, he said.

If Taiwan had obtained a "red card" instead of removal from the IUU watch list, its fisheries products would have been banned in the EU, which would have hurt its distant water fishing industry, Huang said.

"The loss would have been tremendous," he said, adding that the development of the country's distant water fishing industry is closely intertwined with several other local industries that together are worth more than NT$100 billion (US$3.19 billion) a year.

The annual output of Taiwan's distant water fishing industry is around NT$40 billion, with exports accounting for about NT$28 billion, according to Huang.

Since the EU slapped a yellow card on Taiwan in October 2015 over insufficient efforts against IUU fishing, the Taiwanese government has been working to improve the situation through an 11-point action plan that covers four major areas.

The four areas are reform of laws governing distant water fishing; improvement of oversight through the establishment of a central monitoring, control and surveillance (MCS) system and other monitoring measures; improvement of the traceability of marine fisheries products; and international collaboration with other countries.

At Thursday's Cabinet meeting, Premier Su Tseng-chang (蘇貞昌) said the lifting of the yellow card does not mean the government can become complacent.

Instead, Taiwan needs to strive harder to move more in line with the international community, he said.

"At the same time, our fishermen should continue to abide by international rules and domestic regulations," Su said. "Only through concerted effort can we combat IUU fishing and ensure sustainable development of our fishing industry."