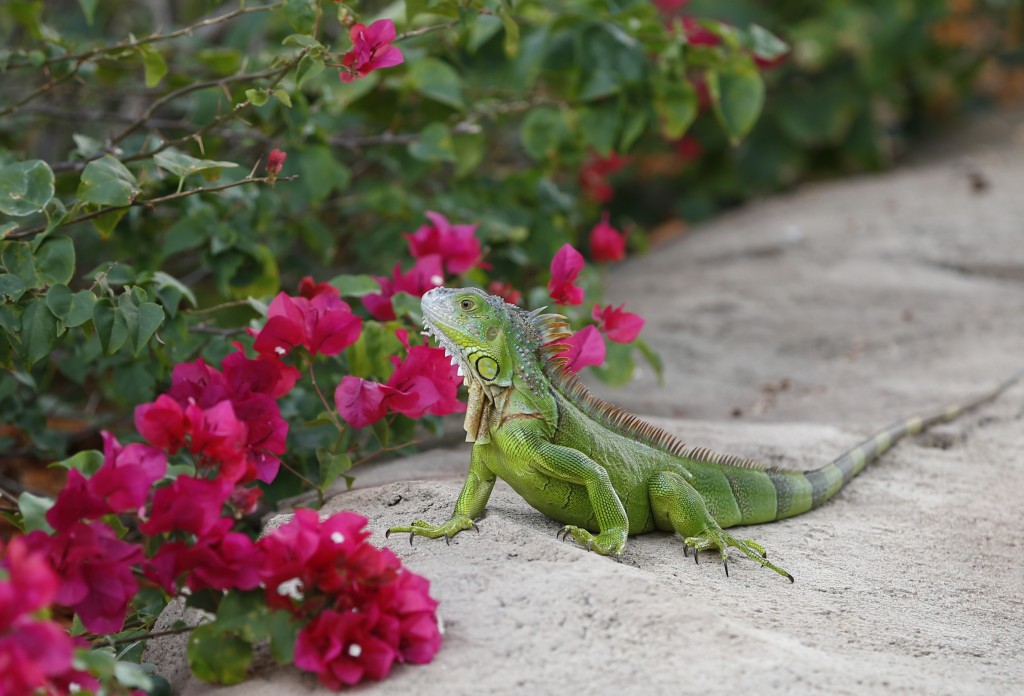 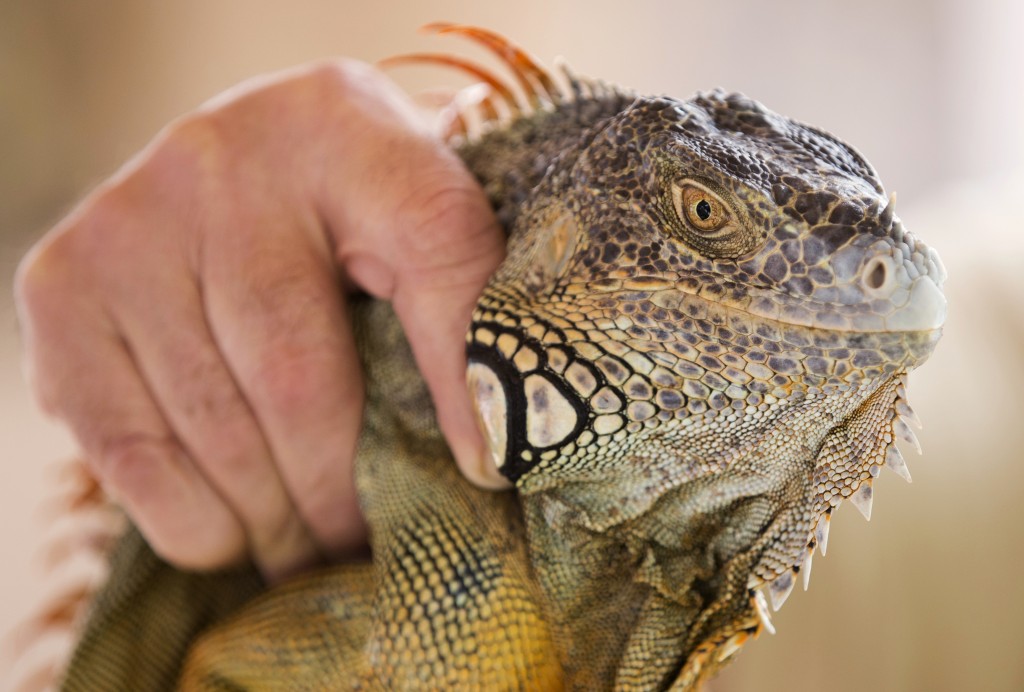 FORT LAUDERDALE, Fla. (AP) — Non-native iguanas are multiplying so rapidly in South Florida that a state wildlife agency is now encouraging people to kill them.

A Florida Fish and Wildlife Conservation Commission news release says people should exterminate the large green lizards on their properties as well as on 22 public land areas across South Florida. It doesn't say just how civilians should try to kill them.

Iguanas aren't dangerous or aggressive to humans, but they damage seawalls, sidewalks, landscape foliage and can dig lengthy tunnels. The males can grow to at least 5 feet (1.5 meters) long and weigh nearly 20 pounds (9 kilograms).

The commission says female iguanas can lay nearly 80 eggs a year and South Florida's warm climate is perfect for the prehistoric-looking animals. Iguanas are native to Central America, tropical parts of South America and some Caribbean islands.

They also can carry salmonella bacteria.

Like other non-native species, authorities say iguanas brought to Florida as pets or hitchhiking on ships have begun to flourish in the state. Another invasive species, the Burmese python, is wreaking havoc in the Everglades because the big snakes eat almost anything and have no natural predators in the U.S. save for the occasional alligator.

Iguanas are allowed to be kept as pets in Florida but are not protected by any law except anti-cruelty to animals, according to the commission. They've been in South Florida since the 1960s, but their numbers have increased dramatically in recent years.

Some have been reported in northern parts of Florida, but because they do poorly in colder weather their spread is somewhat more limited there, the commission says. During cold snaps, including in South Florida, iguanas will frequently drop from trees and appear dead, but left alone they will revive.

Iguana owners who can no longer care for their pets are encouraged by the wildlife commission to surrender them to the agency under an Exotic Pet Amnesty Program that lines up the animals with people willing to adopt them.