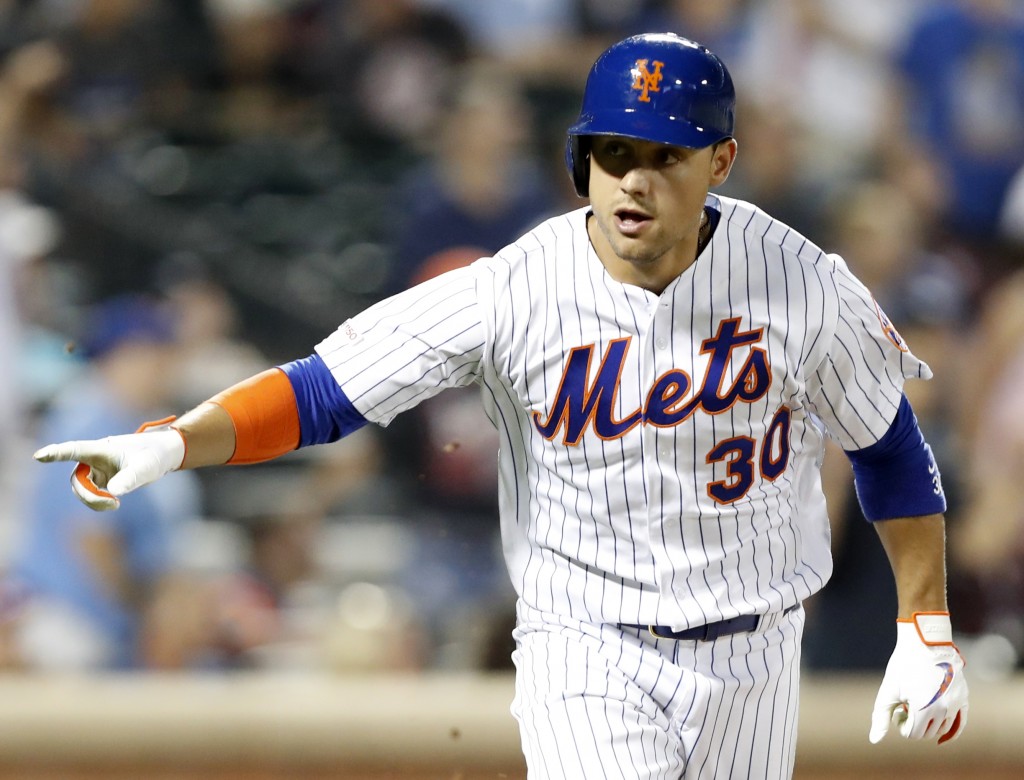 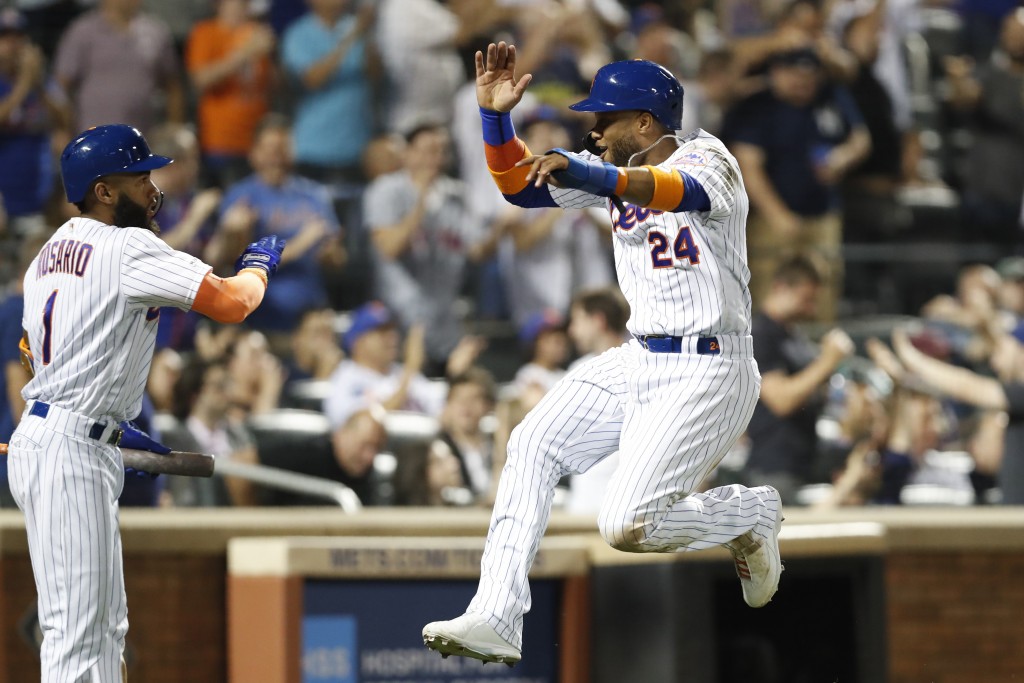 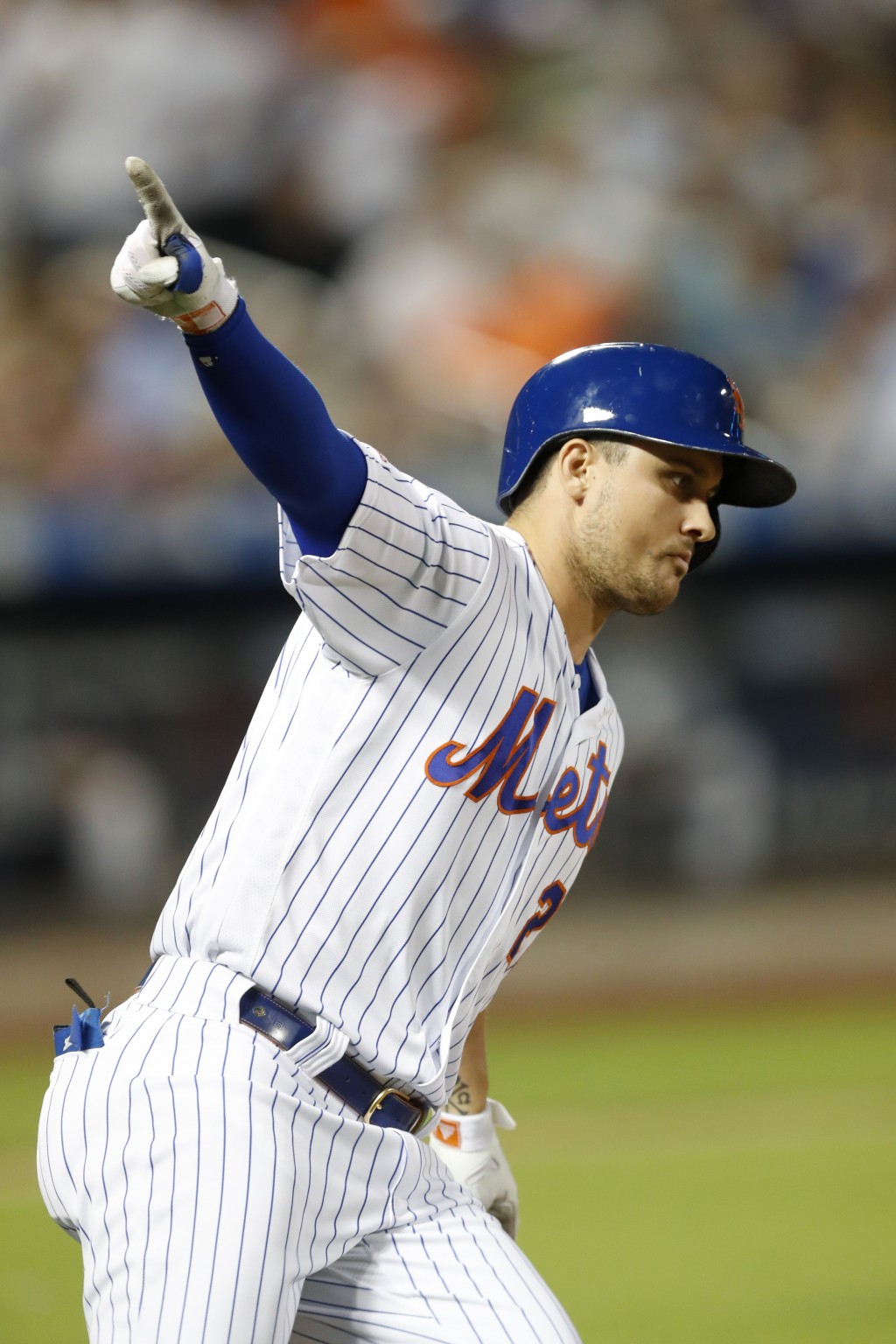 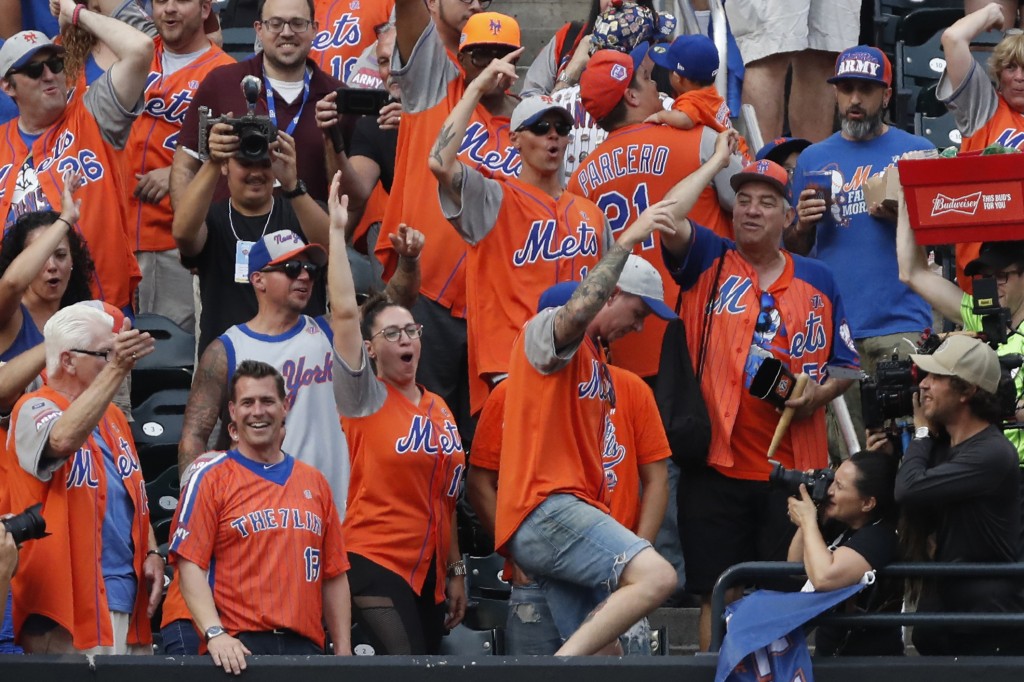 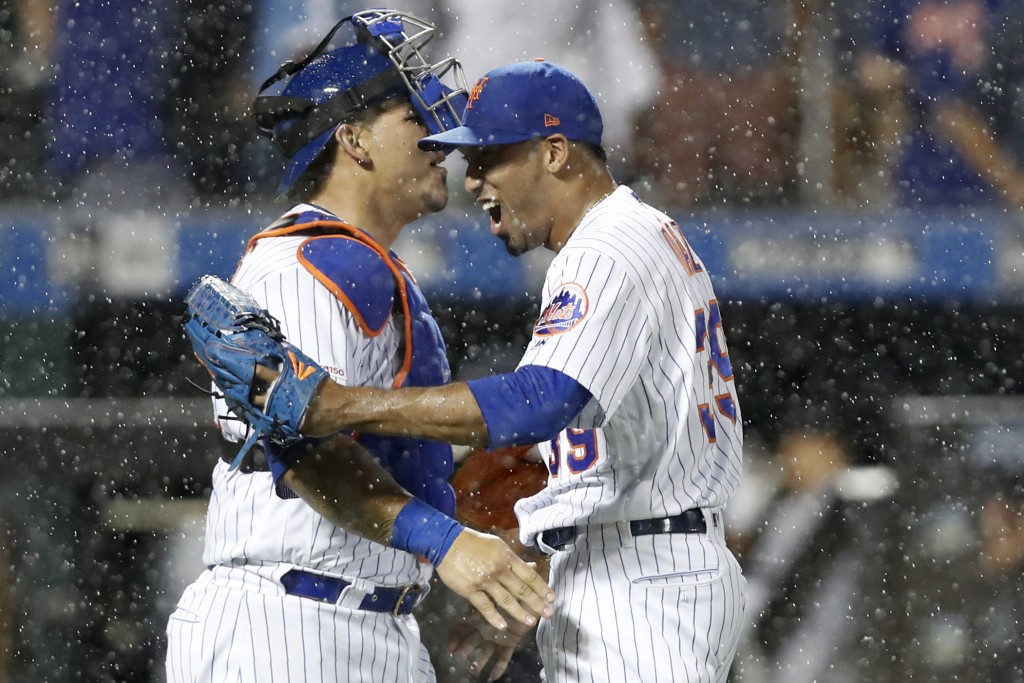 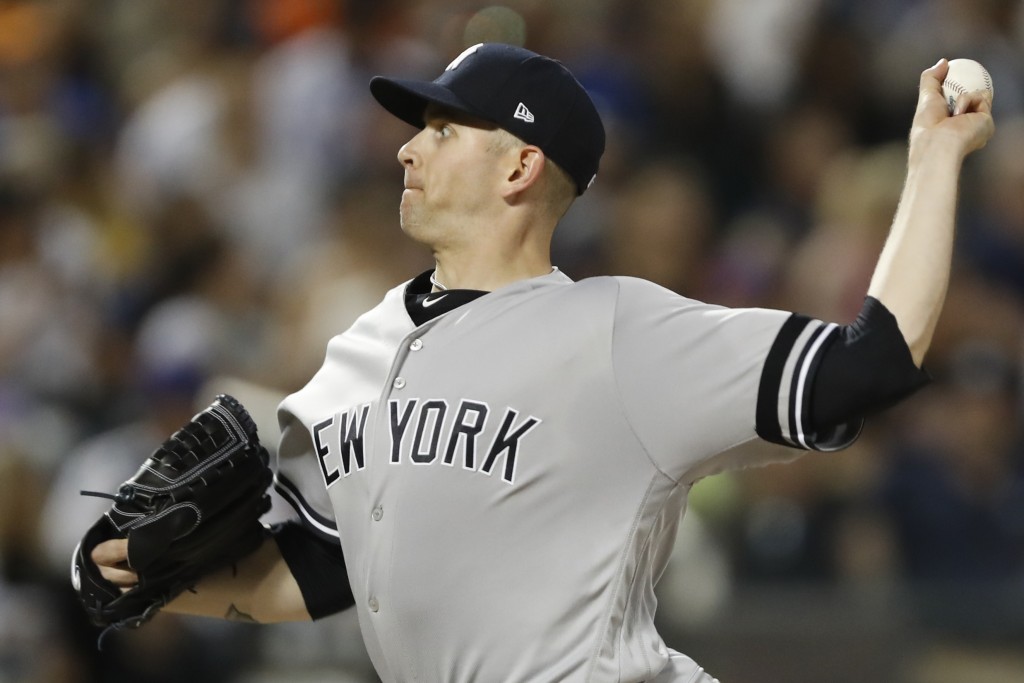 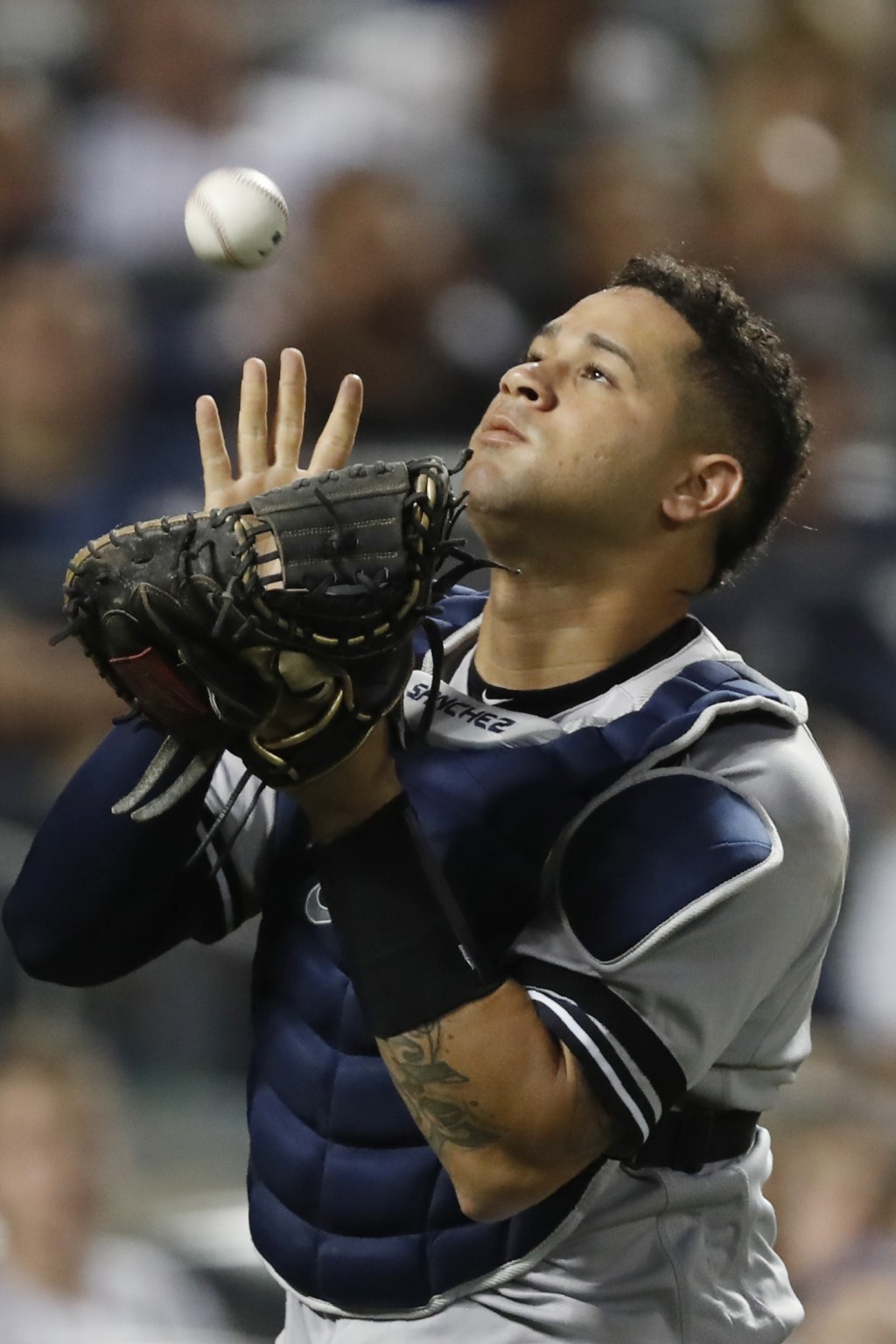 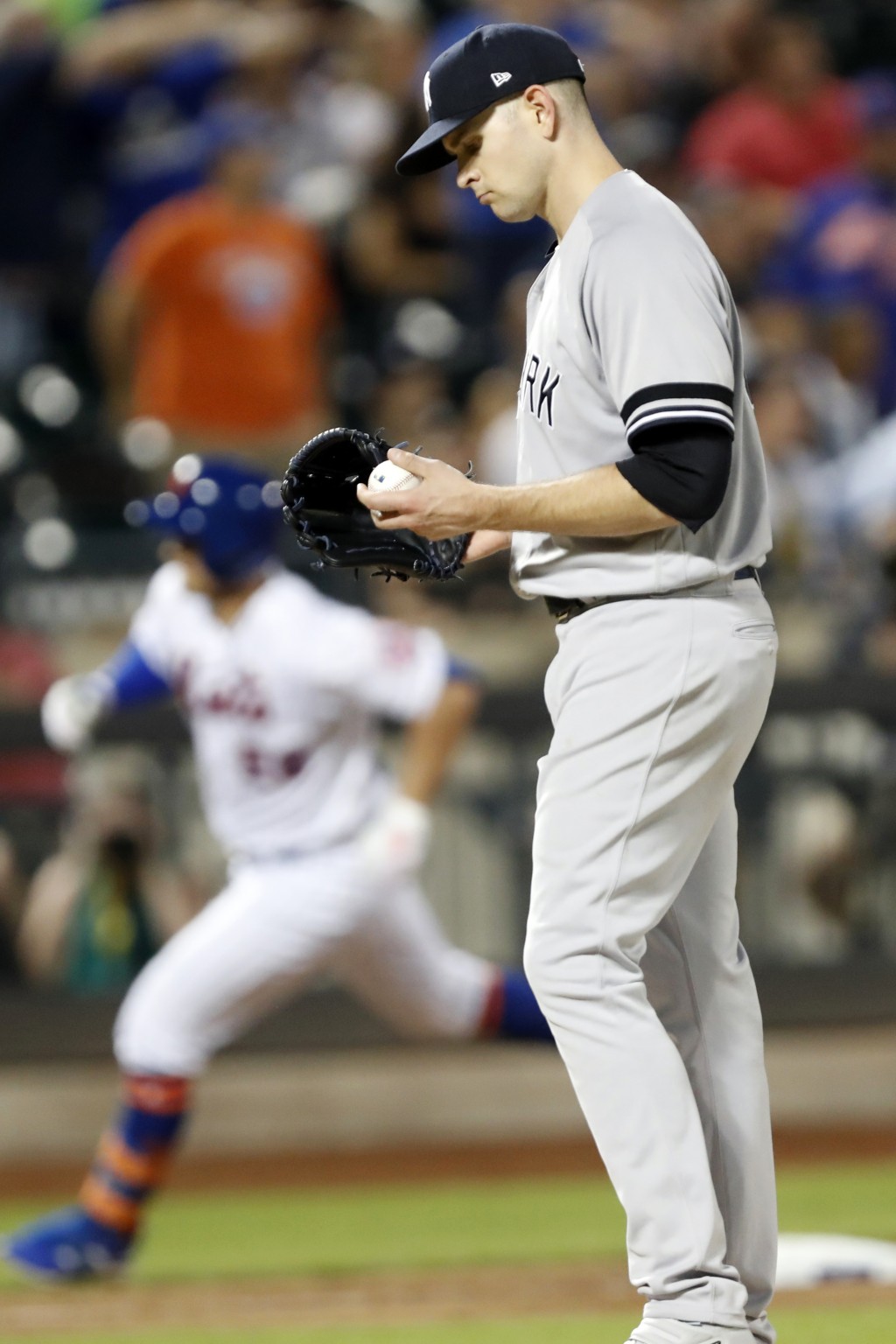 NEW YORK (AP) — Michael Conforto busted out of his slump in a big way, hitting a two-run double that snapped an eighth-inning tie and lifted the New York Mets over the Yankees 4-2 Tuesday night in their Subway Series opener at Citi Field.

J.D. Davis homered and delivered a tying double to help the Mets rally from behind in the eighth for the second consecutive game. They scored five times in their final turn at bat Sunday night to beat the Atlanta Braves, ending a seven-game losing streak.

The Yankees did not hit a home run for the first time in 31 games, ending their record streak.

A tough error on Yankees third baseman DJ LeMahieu helped the fourth-place Mets take down another division leader after they were stymied by James Paxton for six innings. General manager Brodie Van Wagenen watched the first 4½ innings from the center field bleachers with the 7 Line Army of orange-clad Mets fans.

Back from London, where they won two slugfests against the rival Red Sox last weekend, the Yankees had their five-game winning streak stopped and lost for only the second time in their past 15.

Seth Lugo (4-2) worked a hitless eighth and Edwin Díaz got three outs to earn his 18th save in 22 attempts. With a runner aboard, catcher Wilson Ramos corralled Brett Gardner's foul tip for a game-ending strikeout after a couple of ricochets off his mitt and bare hand.

A disappointed Gardner gave Ramos a quick pat on the back as he headed for the mound to celebrate.

Zack Wheeler struck out eight over 6 1/3 solid innings for the Mets, who split a doubleheader at Yankee Stadium last month following a rainout. The crosstown rivals play for the final time this season Wednesday night.

The Mets trailed 2-0 before Davis hit a leadoff homer against Paxton in the sixth. Davis tied it with an RBI double to center field off Adam Ottavino (3-3) in the eighth, just beyond a diving Aaron Hicks — who was shaded well over toward right-center.

With the bases loaded and one out, Zack Britton entered for a lefty-lefty matchup with Conforto, who drove the first pitch to deep left field and short-hopped the wall. That snapped a 1-for-24 skid for a fired-up Conforto, who pumped his arms and gestured toward the Mets bench.

Earlier in the game, he grounded into a pair of inning-ending double plays with two on.

Gleyber Torres had an RBI single in the second, and Paxton got his first career RBI with a well-executed safety squeeze.

Yankees: 1B Luke Voit was placed on the 10-day injured list, retroactive to Sunday, after straining his abdomen against the Red Sox in London last weekend. The team thinks Voit can return against Toronto during the weekend right after the All-Star break. 1B Mike Ford was recalled from Triple-A Scranton/Wilkes-Barre. LHP Nestor Cortes Jr. also was brought up from Triple-A after the Yankees optioned RHP Chance Adams to their top farm club following Sunday's game. DH-1B Kendrys Morales was released. ... Yankees catcher Gary Sánchez was in the cleanup spot after exiting Sunday's game with a jammed left thumb.

Yankees RHP Domingo Germán (9-2, 3.86 ERA) comes off the injured list to start the series finale Wednesday night against LHP Jason Vargas (3-3, 3.66), who won at Yankee Stadium last month in the second game of a doubleheader to improve to 1-7 with a 6.59 ERA against the Bronx Bombers. Germán has been sidelined since June 8 with a strained left hip flexor.