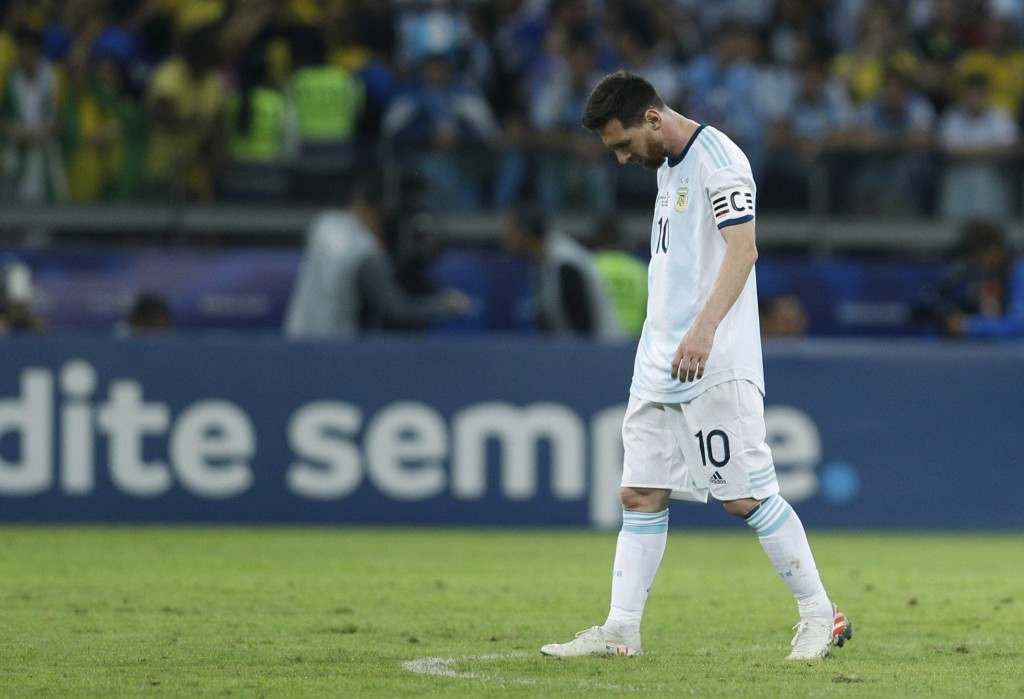 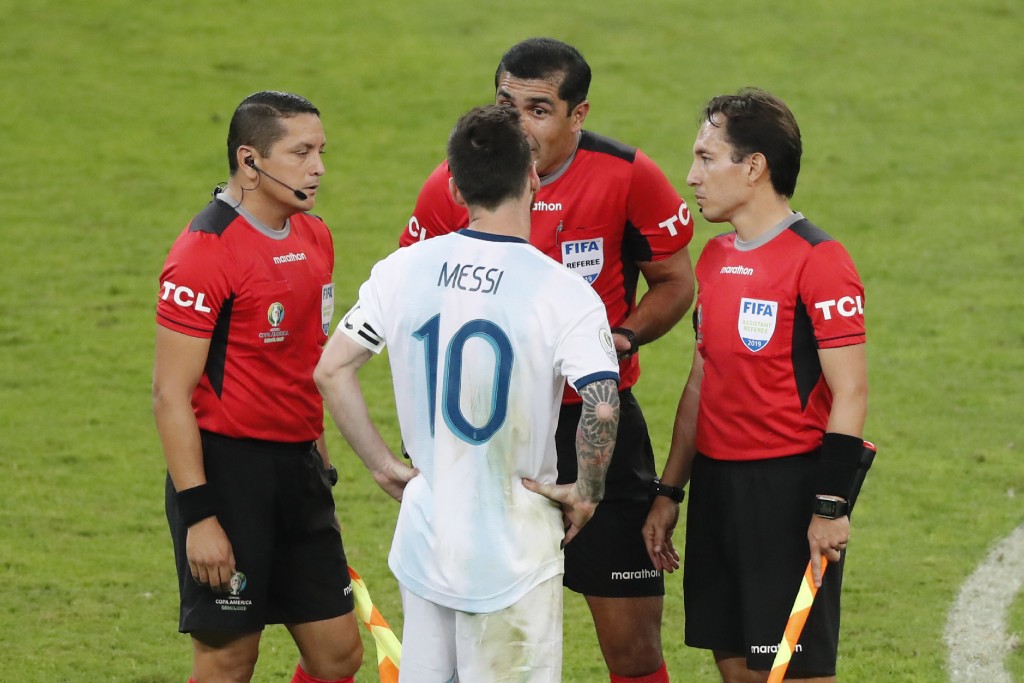 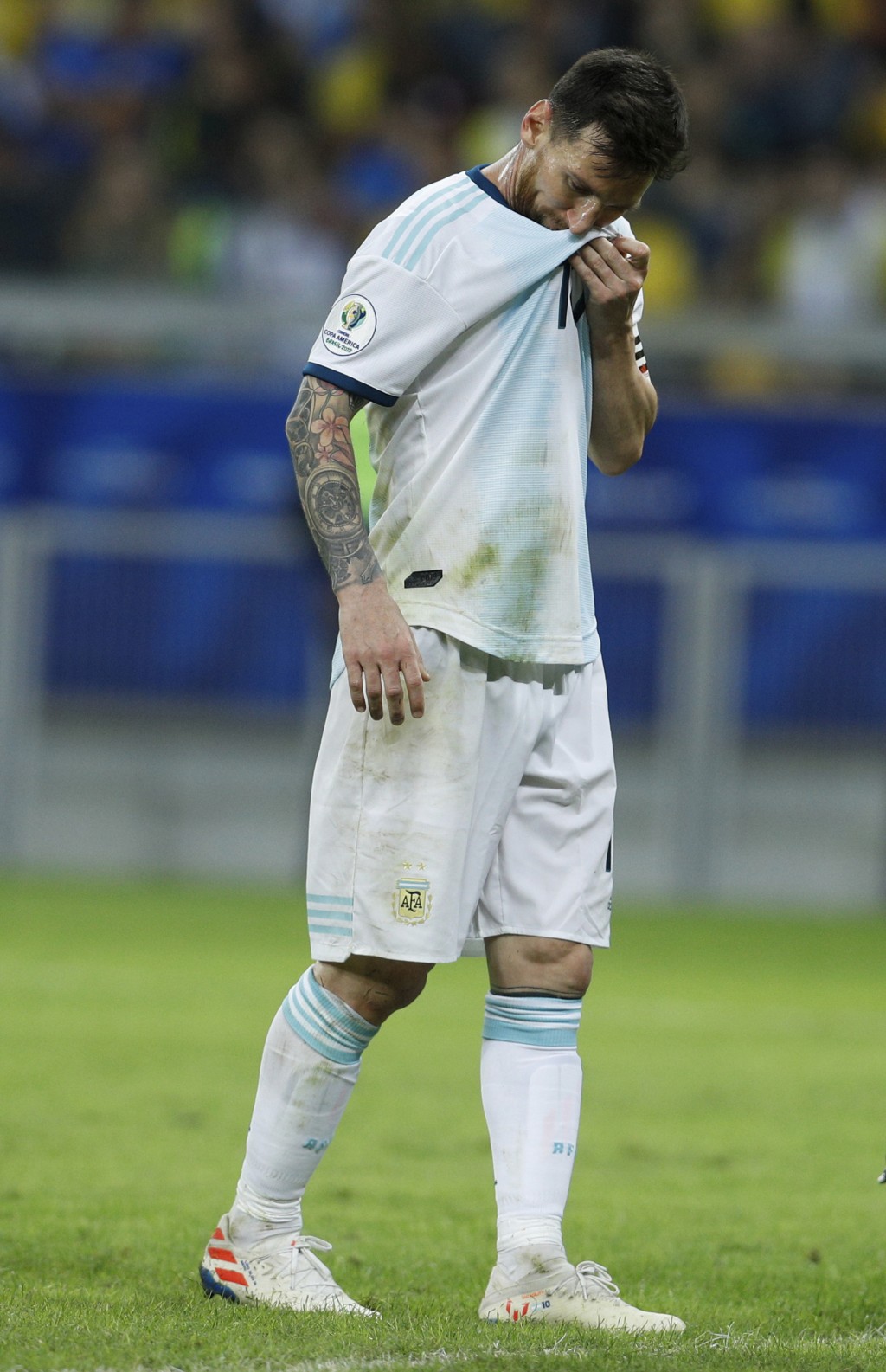 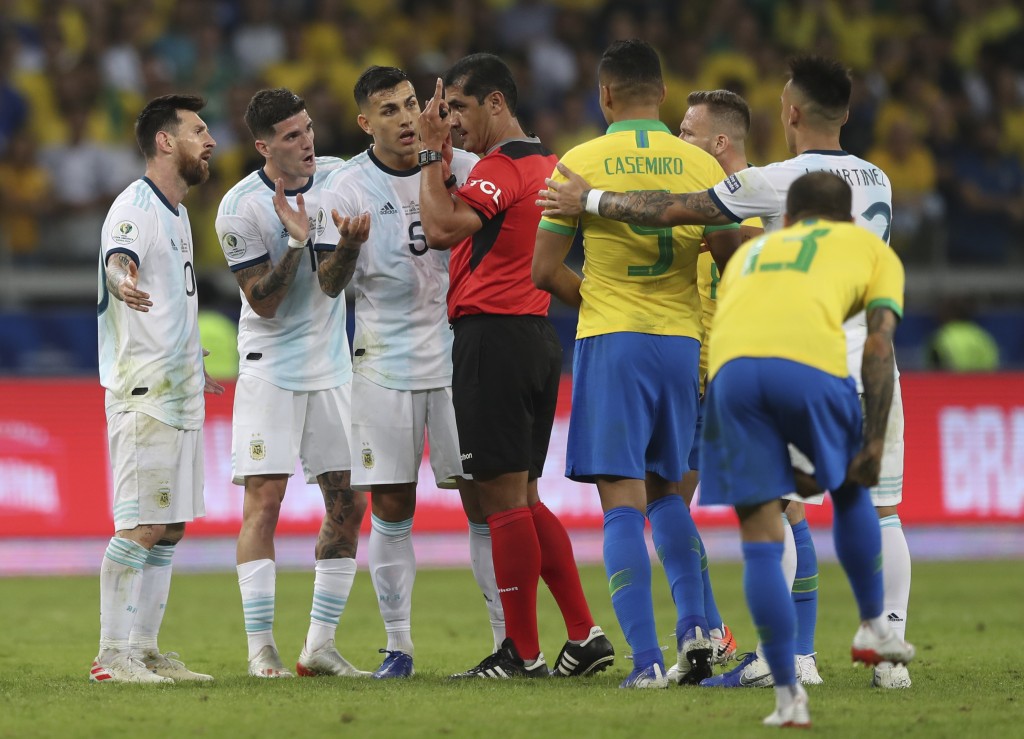 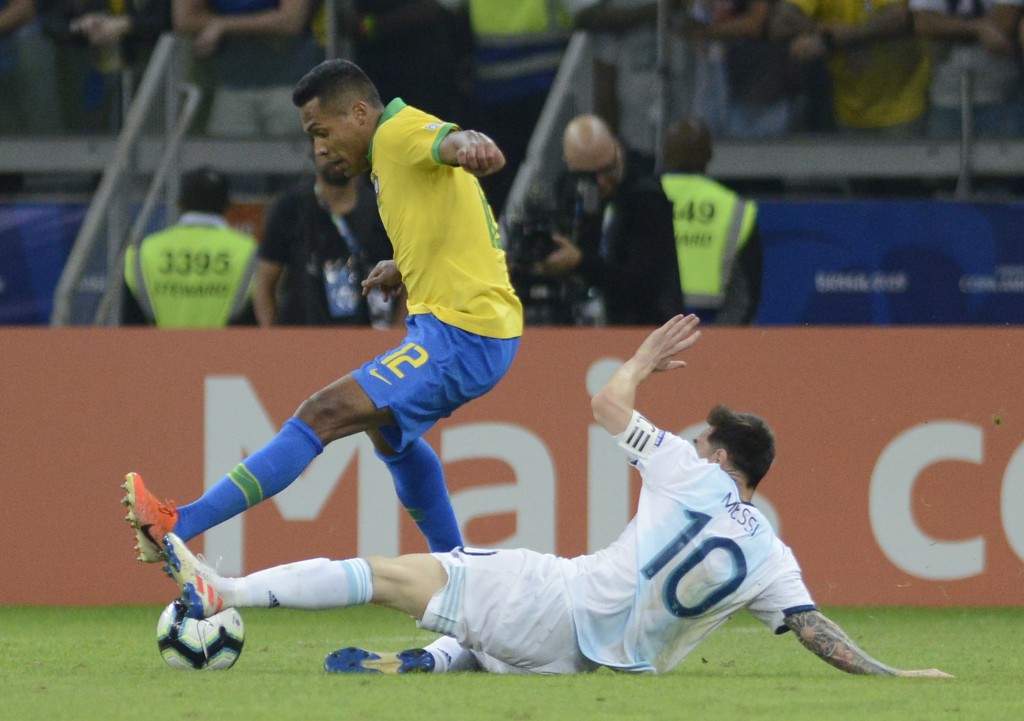 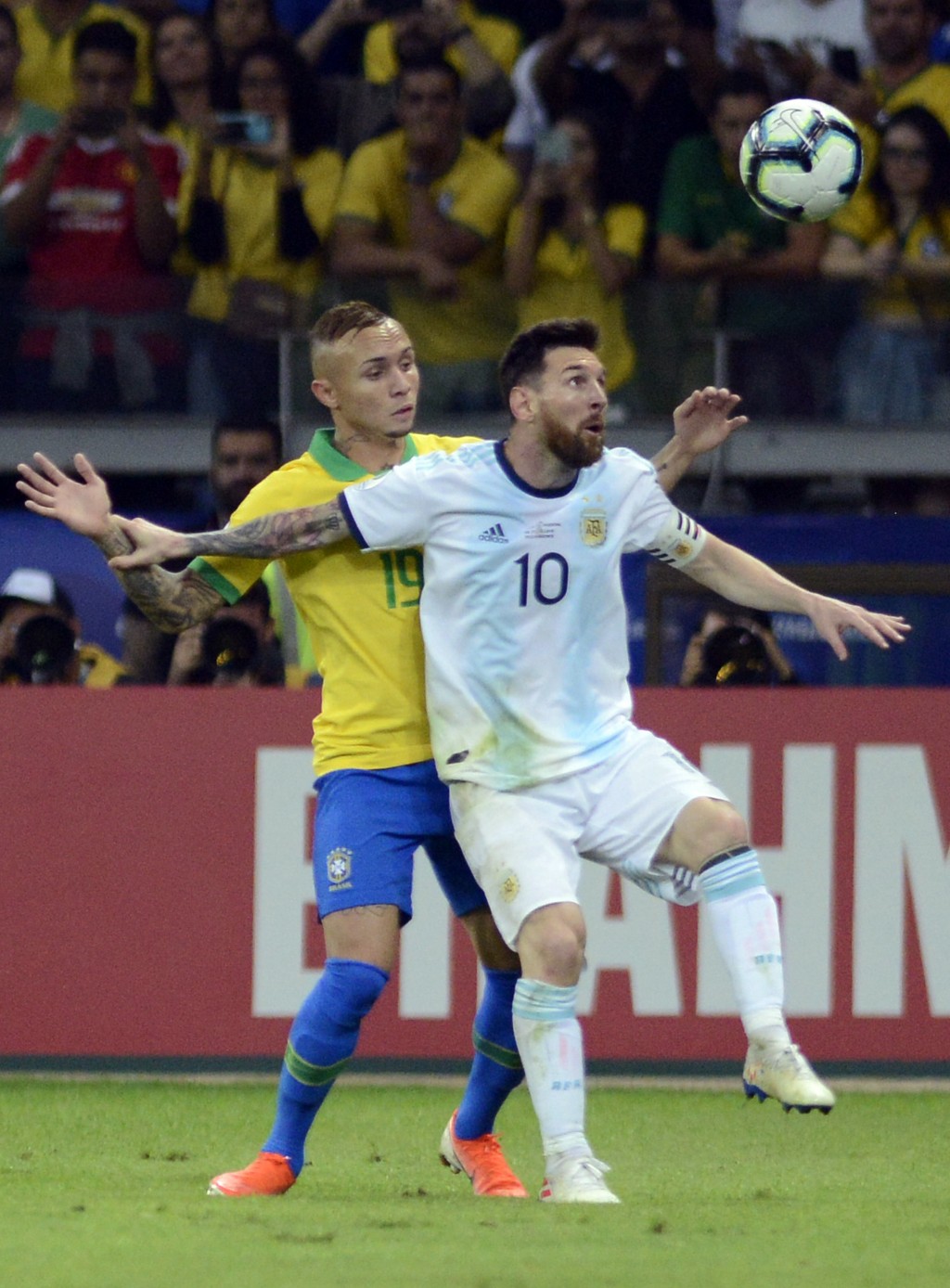 BELO HORIZONTE, Brazil (AP) — Another elimination for Argentina, another missed opportunity for Lionel Messi to succeed with the national team.

Messi's streak without a title with Argentina has been extended after a 2-0 loss to Brazil in the semifinals of the Copa América on Tuesday.

Argentina's senior squad hasn't won a title in 26 years, with the last one coming when Messi was five years old.

The Barcelona playmaker stood by himself and looked in despair after the final whistle at the Mineirão Stadium.

The 32-year-old Messi had a decent match, leading the team and creating most of the danger for Argentina in attack. He made a few good runs and put his teammates in good position to score, but again it wasn't enough.

It was from a Messi cross that Sergio Agüero hit the crossbar in the first half, and in the second the Barcelona playmaker had two chances from direct free kicks, one saved by Brazil goalkeeper Allison and another that deflected on the Brazilian wall.

Messi's only title with Argentina was with the under 23 squad in the 2008 Olympics.

Messi and Argentina again couldn't get past the last eight in the 2011 Copa América, losing to eventual champion Uruguay.

One of Messi's best tournaments with the national team came in the 2014 World Cup in Brazil, when Argentina made it to the final but lost 1-0 to Germany.

He came close again in the last two editions of the Copa América, losing both finals in penalty shootouts against Chile.

Messi was one of the three veterans who lost those two finals and the one in the World Cup in 2014, along with Agüero and Ángel Di María.

Argentina will play the third-place game on Saturday in São Paulo against either two-time defending champion Chile or Peru, who will play in the other semifinal on Wednesday in Porto Alegre.