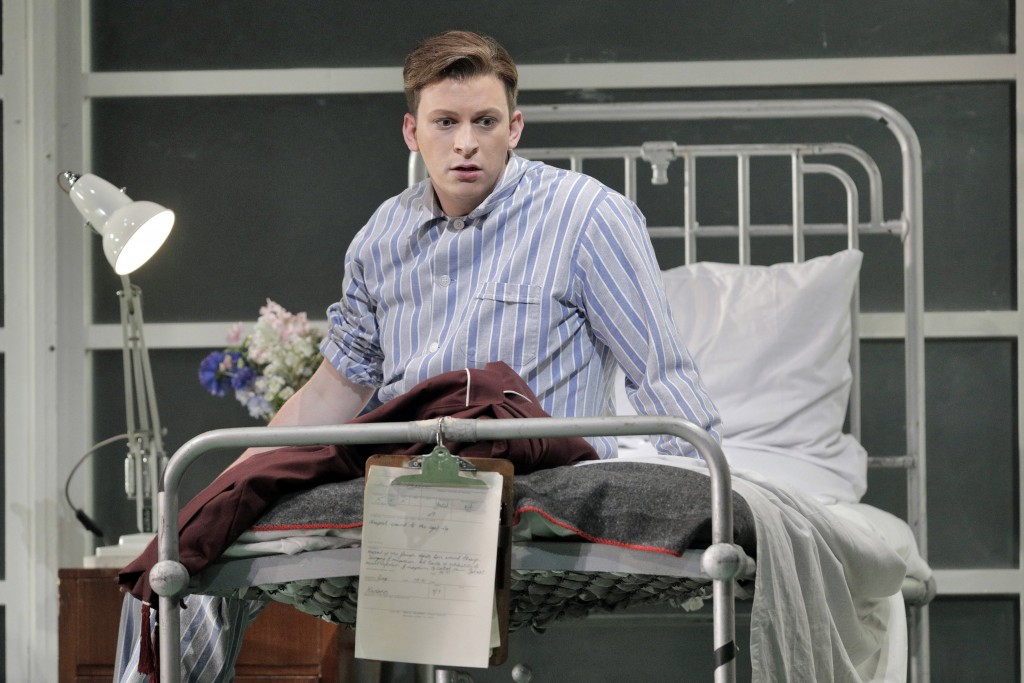 SAN FRANCISCO (AP) — Aryeh Nussbaum Cohen's improbable career has brought him rapidly to the brink of operatic stardom at age 25. So it's not surprising that the Brooklyn-born countertenor would fall prey to feeling a "kind of impostor syndrome" when he walked on stage.

"Up until this time I've always had this feeling of, 'What, me? Really?'" Cohen said in an interview at the War Memorial Opera House, where he was finishing a June run of performances as Medoro in Handel's "Orlando."

But something changed on opening night. "I wasn't nervous at all," Cohen said. "For the first time I'm feeling I really belong here and I can hold my own."

Indeed, he did more than that. His second-act aria, "Verdi allori," regularly drew some of the evening's biggest applause, and Joshua Kosman in the San Francisco Chronicle singled him out for his "strong and gleaming" tone and "endlessly eloquent" phrasing.

Cohen is one of a young generation of countertenors who are popularizing a once-obscure vocal register that lies above normal tenor range and requires them to sing in falsetto or "head voice." The repertoire for these singers was once limited mainly to baroque composers like Monteverdi and Handel, who wrote roles for male castrati. But many contemporary composers, like Philip Glass and Thomas Ades, are making use of countertenors as well.

Cohen's career path has been more unusual even than his voice type. Winning a spot in the prestigious Brooklyn Youth Chorus at age 11, he watched the other boys "as their voices dropped and they would leave the ensemble.

"But you know what? I didn't want to," said Cohen, whose cherubic features seem to go along with his angelic sound. Somehow he managed to keep singing the high notes and persuaded the chorus director to let him stay.

"Presumably I have some natural predisposition toward being a countertenor," he said. "But I think more than anything that starting every single day when my voice dropped, every single day since then I've sung in my falsetto. I had no idea what I was doing . I was truly just finagling to sing the high notes."

Though he took voice lessons throughout high school it wasn't until he was a freshman at Princeton University and saw his first opera — Puccini's "La Boheme" at the Metropolitan Opera — that he felt the excitement of that art form.

"These people pouring their souls out directly to you, it just blew me away and changed my life," he said.

Graduating in 2015 with a degree in government (and certificates in vocal performance and Judaic studies), Cohen applied to numerous master's programs in voice and postgraduate fellowships, and then, as he puts it, "The hammer came down."

"I got to the finals for almost everything," he recalled, "and then in a span of a week I got rejected from everything."

But Cohen was determined to pursue a career in opera. He supported himself as an SAT tutor while taking voice lessons on his own. Breaks started coming when San Francisco's Merola Opera Program accepted him for its 2016 summer apprenticeship.

"I remember when he auditioned for me," said Sheri Greenawald, who runs the San Francisco Opera Center training programs. "He was 21, and I thought, 'You look like you're 12."

Greenawald said the judges listened live to 550 applicants and Cohen was one of just 23 accepted. "For me it was a no-brainer," she said, "He's a nice tall kid who can make a sound. I heard a special voice in a special package."

After Merola, he earned a two-year stint as one of the company's Adler Fellows, and also was invited to join the Houston Grand Opera Studio during the 2017-18 season.

What really put him on what he calls the "opera world's radar" was his triumph in the Metropolitan Opera's National Council Auditions in 2017. He was one of six winners after four rounds of competition, and in the finals his performances of a Handel aria and a piece from Jonathan Dove's "Flight" earned him a rave review in The New York Times.

Though he had originally been hired as understudy for the role of Medoro, he was promoted this spring to the full run when San Francisco dismissed David Daniels, who has been charged with sexual assault.

Now Cohen's career is on the fast track. His first solo album has just been released, a compilation of Baroque arias with the American Bach Soloists. Soon he's off to Prague as one of 40 singers invited to take part in Placido Domingo's Operalia competition. In the fall he's singing the role of David in Houston's fully staged production of Handel's oratorio "Saul." And he has engagements well into the future — including a Met debut in the 2021-22 season.

Cohen said his voice is still growing in power and depth and he expects to reach his full potential at about 30 — an age when lower male voices are often still developing. But a countertenor, perhaps the most fragile of voice types, tends to have a short shelf life: "After 40, the voice isn't the same as it was," he said.

"I'm not mad that we peak a little earlier," said Cohen, who still has a passion for government and public policy. "My joke with my girlfriend Abby is that when I retire at 50 I'm going to run for City Council in New York."