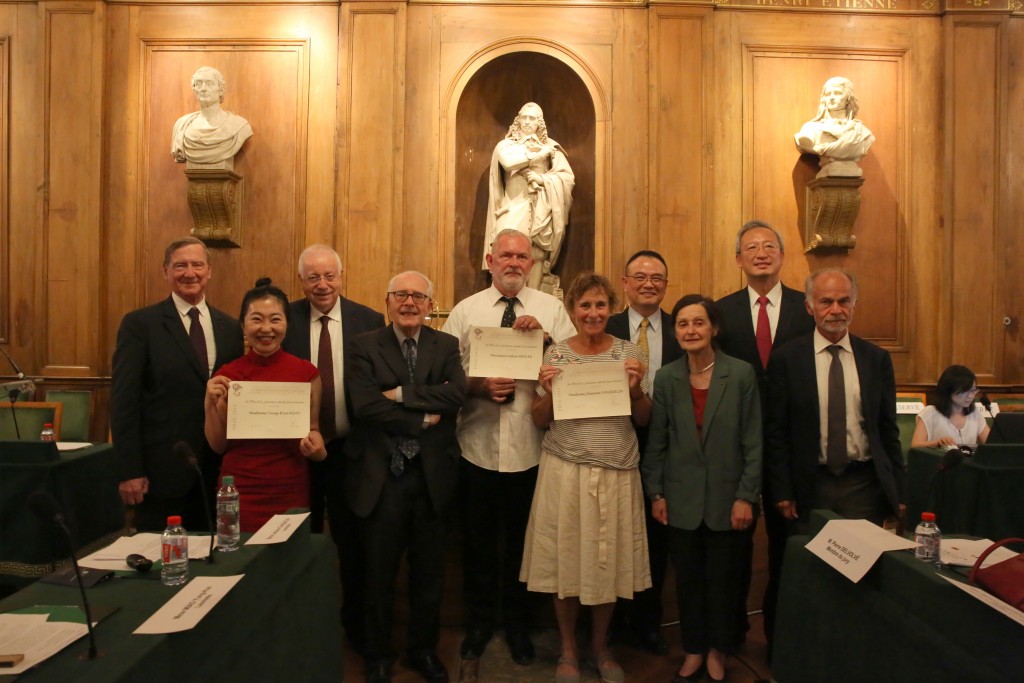 TAIPEI (Taiwan News) — The 23rd French-Taiwanese Cultural Award was awarded to a director, a radio host, and a researcher.

The award was established by the French-Taiwanese Cultural Foundation under the aegis of the French Academy for Social and Moral Sciences. Its purpose is to recognize two artistic or literary works that shed light on relations between Taiwan and Europe and contribute to the enhancement of cultural exchange.

This year, the number of award recipients was increased to three. They include Josiane Cauquelin, a researcher at the French National Center for Scientific Research's Southeast Asia Center; Miau Yung-Hua, producer and host of a French program on Radio Taiwan International; and Hemleb, a German theater director.

Hemleb stated that Taiwan is like a lab in which people can explore the fields of art and science freely. Additionally, he says he wants to understand Southeast Asia’s culture, which is why he keeps learning Chinese and collaborating with Taiwanese artists.

The French-Taiwanese Cultural Award has been expanded to include other European countries in addition to France. The prize includes €16,500 Euros (NT$580,000).