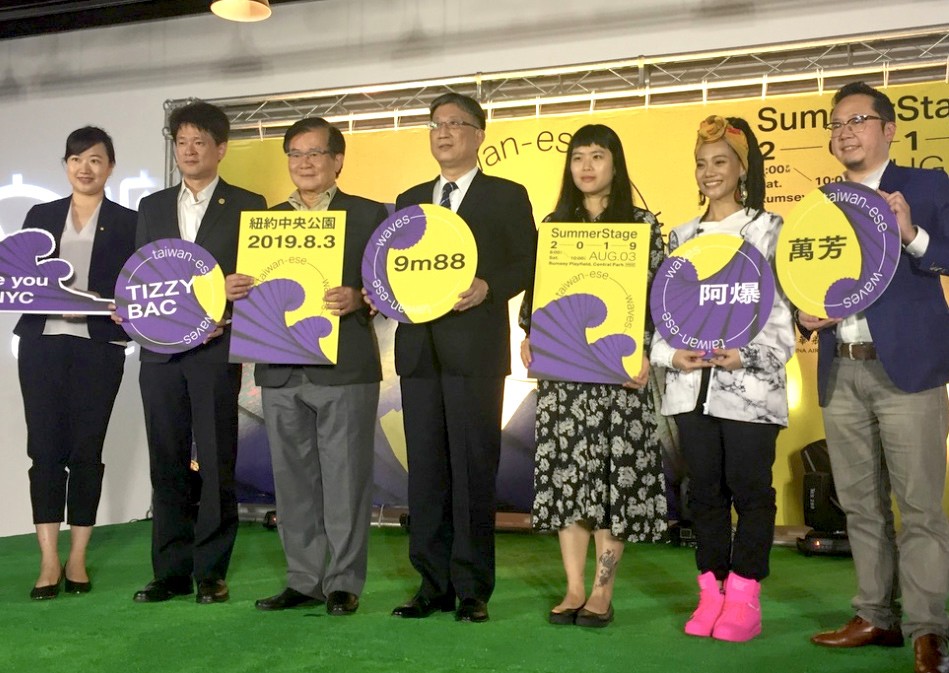 TAIPEI (Taiwan News) — The annual music festival SummerStage is in full swing at Central Park and will feature the "Taiwanese Waves," which comprises four different musical acts, on August 3 from 6 to 10 p.m.

SummerStage has been one of New York's most popular music events for the past 30 years. This will be the fourth appearance of the Taiwanese Waves, curated by Mia Yan (嚴敏) to showcase the work of Taiwanese musicians, at the festival.

This year also marks the first time that Taiwanese Waves receive the sponsorship of the General Association of Chinese Culture (GACC). GACC Vice-president Antonio Chiang noted that the event reflects the close relationship between Taiwan and the United States 40 years after the signing of the Taiwan Relations Act.

Chiang expressed that at last year's festival, he was deeply moved to see Taiwanese musicians perform on an international stage. This is GACC’s goal: to promote Taiwanese culture, he said.

Yan pointed out that this year's theme is "voices of female Taiwanese." The lineup will feature the talents of indigenous singer Abao, indie rock band Tizzy Bac, and pop singers 9m88 and Wan Fang.