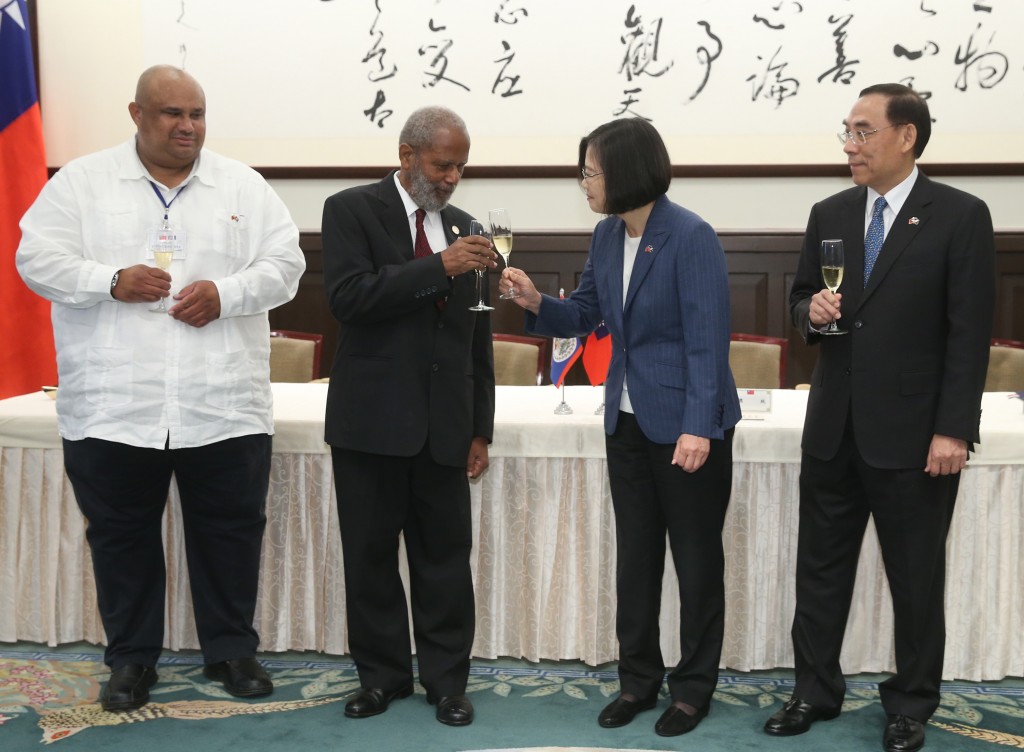 Young is visiting Taiwan July 2-5 to mark the 30th anniversary of diplomatic ties between Taiwan and Belize.

Since the establishment of diplomatic relations in 1989, Belize has been a good partner in both times of stability and adversity, declared Tsai. She expressed gratitude to the Central American ally for voicing its support for Taiwan’s participation in the World Health Assembly (WHA) in May.

Referring to the clean governance agreement signed by Justice Minister Tsai Ching-hsiang (蔡清祥) and his Belizean counterpart, Michael G. Peyrefitte, Tsai said it would pave the way for future cooperation between the two allies.

Tsai also gave her best wishes to a Taiwanese delegation set to visit Belize in September for the purchase of seafood, as well as to a trade exposition showcasing Taiwan-manufactured products in November. Tsai said the events would create more opportunities for bilateral trade.

This is Governor-General Young’s seventh trip to Taiwan. His visit fully demonstrates Belize’s friendship with Taiwan and his country’s support for deepened bilateral relations, said Taiwan’s Ministry of Foreign Affairs via a press statement on Tuesday.

Visits between the leaders of Taiwan and Belize have been frequent. In 2018, Tsai visited Belize and met with then-Prime Minister Dean Barrow as part of a broader trip to Latin America.