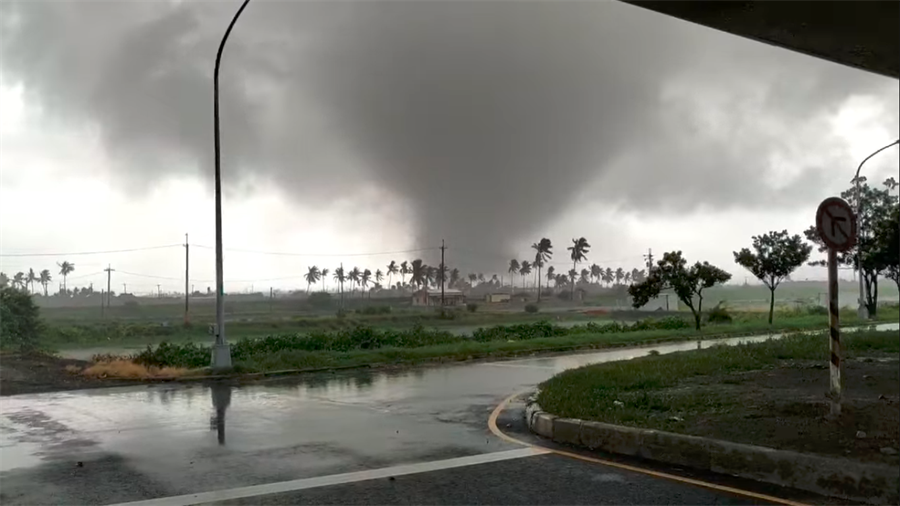 TAIPEI (Taiwan News) -- A tornado which struck southern Taiwan on Monday afternoon (July 1) injured two people and cut off power to over 7,000 homes.

As heat and low pressure in the waters off southern Taiwan led to strong convection currents, a tornado formed at around 3 p.m. on Monday in between Linbian Township and Nanzhou Township in Pingtung County, reported Liberty Times. Within less than four minutes, the destructive power of the tornado led to two injuries, five smashed cars, damage to hundreds of homes, and left 7,400 households without power, according to the report.

The tornado swept back and forth across Wanhua village in Nanzhou Township twice. A corrugated steel house was drawn up into the twister's vortex and was tossed hundreds of meters before it landed on a road. In Ancun village in Linbian Township, glass windows were shattered in multiple homes, but fortunately, no casualties were reported. Along the road connecting the Ancun Village and Wanhua village, container homes and large vans were strewn about the street, while a 3.5-ton truck was hurled into a house, and corrugated steel homes were blown over, reported CNA.

Fortunately, the injuries were only minor abrasions. Many corrugated steel structures suffered damage in the township, as well as banana trees and wax apple trees. Pingtung County Magistrate Pan Men-an (潘孟安) launched the disaster response mechanism and rushed to the scene to investigate the disaster and comfort the injured. Linbian and Nanzhou townships requested assistance from the Army, which dispatched 80 troops to aid in clean-up and reconstruction today, reported Liberty Times. Dozens of videos of the twister and subsequent damage have spread like wildfire on Taiwanese social media: 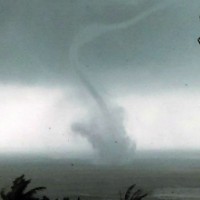 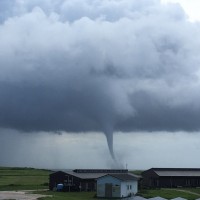