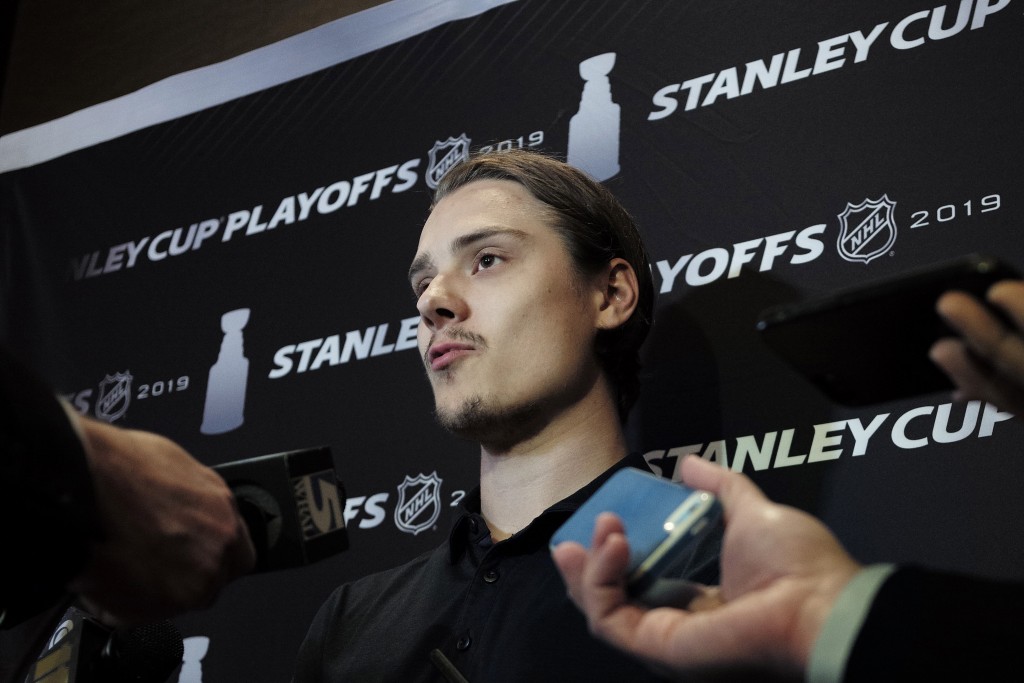 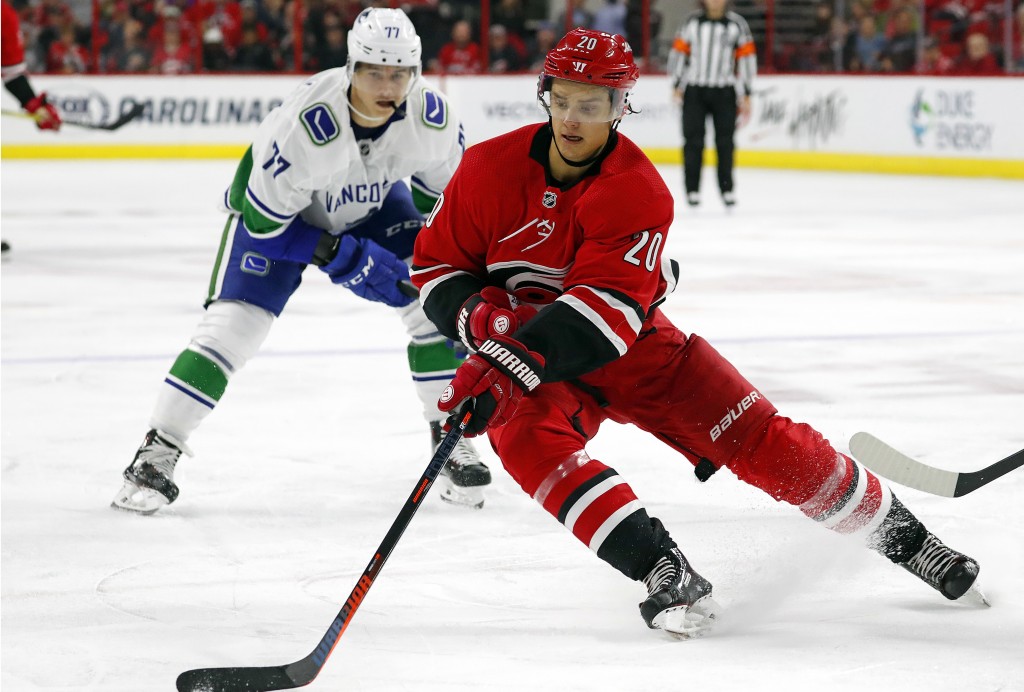 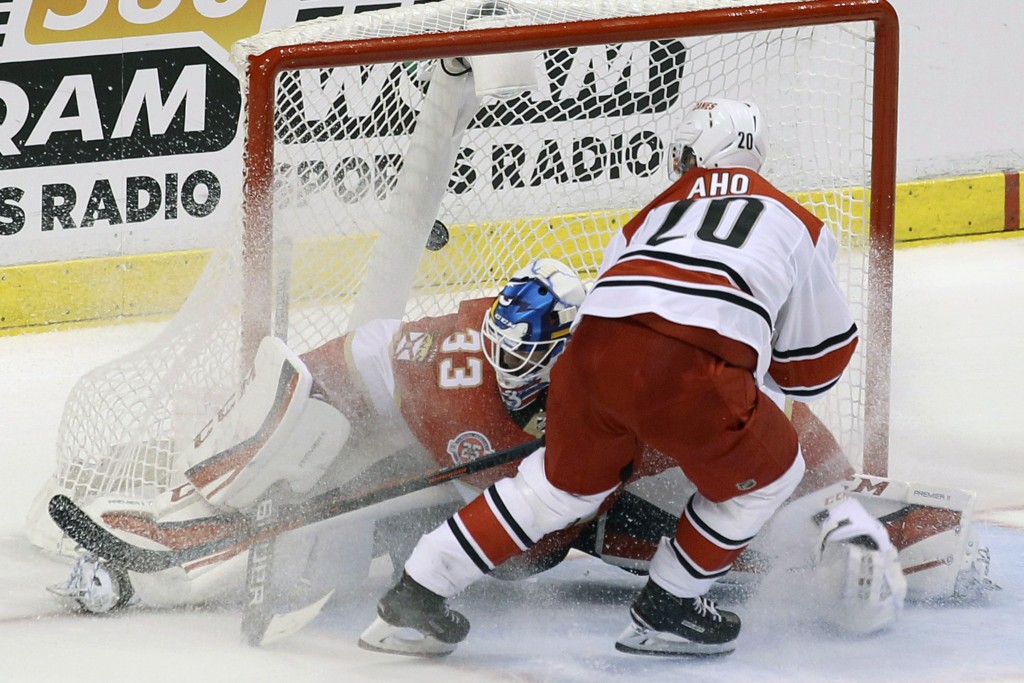 It was so improbable that a fake social media post beat the real news by hours.

No NHL team had signed a restricted free agent to an offer sheet in more than six years. Then the Montreal Canadiens announced Monday they were bucking that trend by tendering one worth $42.27 million over five years to Sebastian Aho and putting the Carolina Hurricanes on the clock to decide whether to match the front-loaded, bonus-heavy offer.

"Actually surprised it wasn't more," Carolina general manager Don Waddell said. "There's been very few offer sheets. I think there hasn't been one since 2013, so not a lot of people have been through it."

Speculation had been building this could finally be the summer of the offer sheet with Aho, Toronto's Mitch Marner, Colorado's Mikko Rantanen and Tampa Bay's Brayden Point among a bumper crop of restricted free agents. Montreal offering one for Aho signed by the Finnish center nonetheless caused a stir around the NHL because of how rare the step has become.

"It's an interesting concept," Washington GM Brian MacLellan said. "I'm assuming Carolina matches it, but we'll see. It's been a long time since we've seen an offer sheet so it'll be interesting to see how it plays out."

As part of the offer, cash-rich Montreal is offering an $11.3 million lump sum payment within a week of Aho's signing and another for $9.87 million July 1, 2020; overall, the offer is 91.3% bonuses and 8.7% percent salary. It's even more lopsided but less punitive than Philadelphia's $110 million, 14-year offer sheet to Shea Weber in 2012 that included $68 million in bonuses and Nashville matched.

Carolina has seven days to make a decision.

"When you make an offer like that, we saw a vulnerable position," Canadiens GM Marc Bergevin said. "We all get along but we all have a competitive edge. I'm responsible for the Montreal Canadiens and not other teams."

Calgary was the last team to tender an offer sheet when it did so with then-Colorado center Ryan O'Reilly in February 2013, and the Avalanche matched. You have to go back to 2007 for the last time a team didn't match an offer sheet, when Anaheim accepted first-, second- and third-round picks from Edmonton for Dustin Penner.

Carolina would receive that same return if it doesn't match the offer sheet for Aho. The average salary-cap hit of $8.45 million is just $871 under the threshold that would have cost the Canadiens two first-round picks.

Of course, Waddell said last week the Hurricanes would match any offer. And if they do, it takes a big item off his offseason to-do list.

"I know my summer just got better because I'm not going to spend all summer negotiating a contract now," Waddell said. "We'll make a decision and move on."

Carolina wasn't getting sympathy nor was Montreal being criticized for the offer sheet. Among GMs with their own potential restricted free agent vulnerabilities, the idea that offer sheets were somehow dishonorable wasn't a fashionable argument Monday.

"It's an avenue for teams to go down," said New York Rangers GM Jeff Gorton, who was not worried about an offer sheet for defenseman Jacob Trouba. "There's been a lot of chatter over the last year or so that these are coming or whatnot. You have your eye that these might happen and obviously today we saw what happened."

A similar thing could happen to the Maple Leafs (Marner), Avalanche (Rantanen), Lightning (Point) or Capitals with Jakub Vrana. Toronto, Tampa Bay and Washington are hard up against the salary cap and now that the dam has been broken should probably be ready in case an offer sheet comes their way.

The Avalanche still have almost $30 million in cap space, so they were not concerned.

"We have plenty of cap space for us," GM Joe Sakic said. "That was one thing we were always going to have set aside going into free agency was protection against that, so I'm not worried about that."

The best way not to worry is to sign key restricted free agents before an offer sheet can be tendered. Carolina wasn't close with Aho's camp on numbers, but San Jose took care of signing rising star Timo Meier to a $24 million, four-year contract and now doesn't have to sweat anyone going after him.

"Those things can be part of this time of year," Sharks GM Doug Wilson said. "Is it in the back of your mind? I guess you'd say yes."