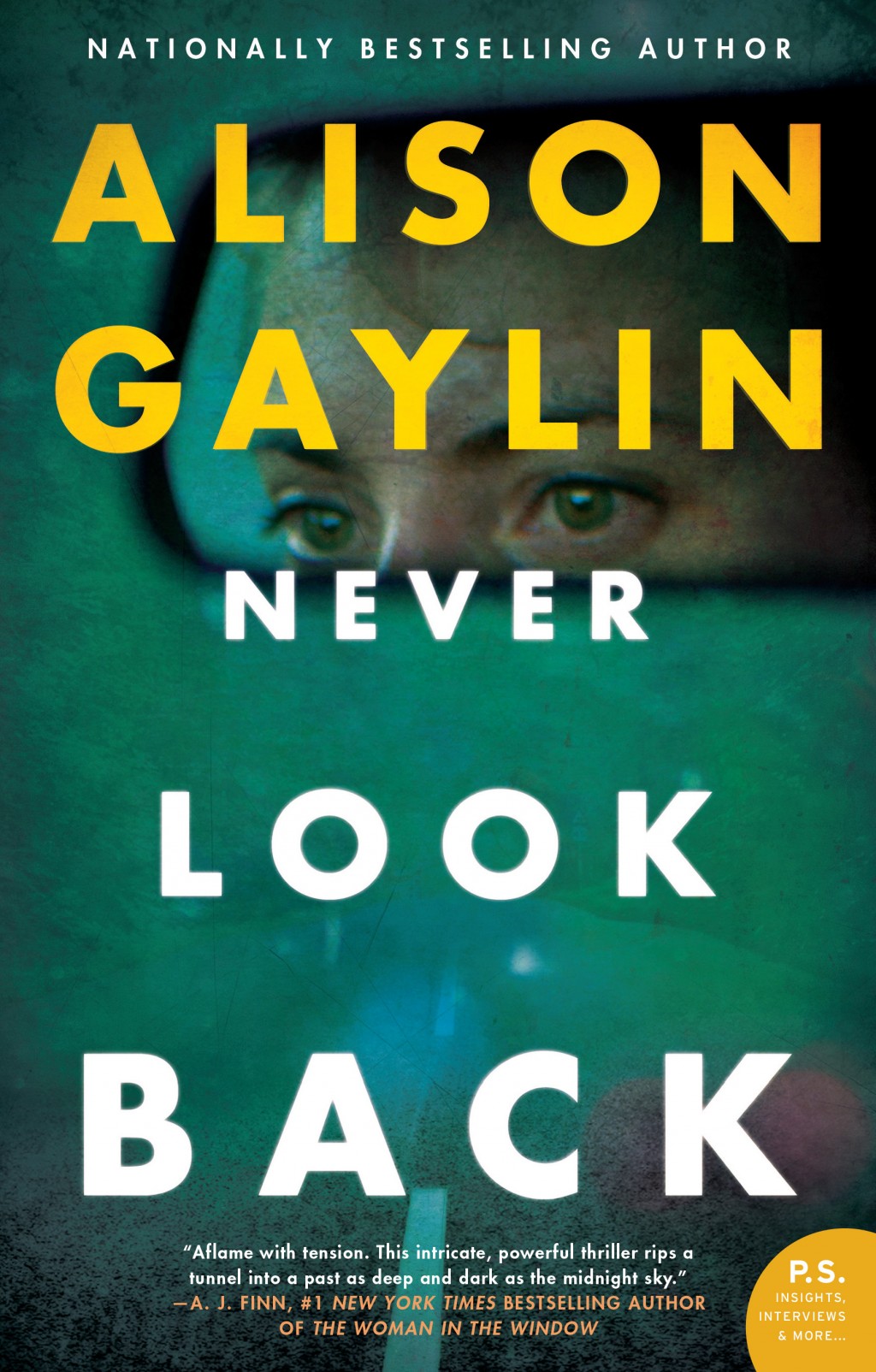 The popularity of true crime podcasts bleeds into the tightly plotted "Never Look Back" by Alison Gaylin. Her fictional hero Quentin Garrison uses his position as the interviewer for the L.A.-based podcast "Closure" to chronicle how violence affects families for decades in various ways.

Alison Gaylin's 11th novel perceptively examines family dynamics, the domino effects of violence and our personal stories — real or invented — that help us maneuver through life. The strong tension that launches "Never Look Back" only intensifies with each surprising twist.

Violence destroyed Garrison's family and he inherited the aftermath. His mother's youngest sister was only 4 when she was killed in a shootout by teenagers Gabriel LeRoy and April Cooper, nicknamed the Inland Empire Killers who ended up murdering 12 people in Southern California in 1976. His grandfather, devastated by his little girl's murder that led to his wife's suicide, neglected his surviving child. A drug addict all her life, Kate became the kind of parent she had — neglecting Quentin, destroying his self-confidence and crushing his sense of identity. He's afraid to ever show his true self to his husband, Dean, or his life-long best friend and co-producer, Summer.

Quentin uses "Closure" for his own sense of closure by first trying to interview his grandfather, whose bitterness still simmers. The two have a fight. Quentin finds another angle for his podcast when a source calls to say he believes a woman named Renee Bloom is really April, who was presumed killed in a fire along with Gabriel. The source says he recognized April's voice and mannerisms when he saw Renee doing a televised discussion with her daughter, online film columnist Robin Diamond. Although skeptical, Quentin still flies to the New York area to find the truth, igniting another chain of violence.

The solid plot of "Never Look Back" also works well as a character study as Gaylin intelligently delves into each person's psyche. Robin, wrapped up in her fraying marriage and online haters who object to her column, begins to wonder just how well she knows her mother, who never talked about her past. The idea that this well-liked suburban matron who was a loving mother could be a killer living incognito seems preposterous to Robin_the fodder of B movies. And yet, the more Robin begins to consider this, the more she wonders about her mother.

Quentin is clinically depressed, obsessive and possibly violent, but Gaylin's realistic shaping makes the reader also feel for him. Damaged by his family and its history, Quentin has still managed to inspire love and devotion from Dean and Summer, despite his protestation that he's not a good person.

"Never Look Back" is another superior outing from Gaylin, who won the 2019 Edgar for her last novel, "If I Die Tonight."