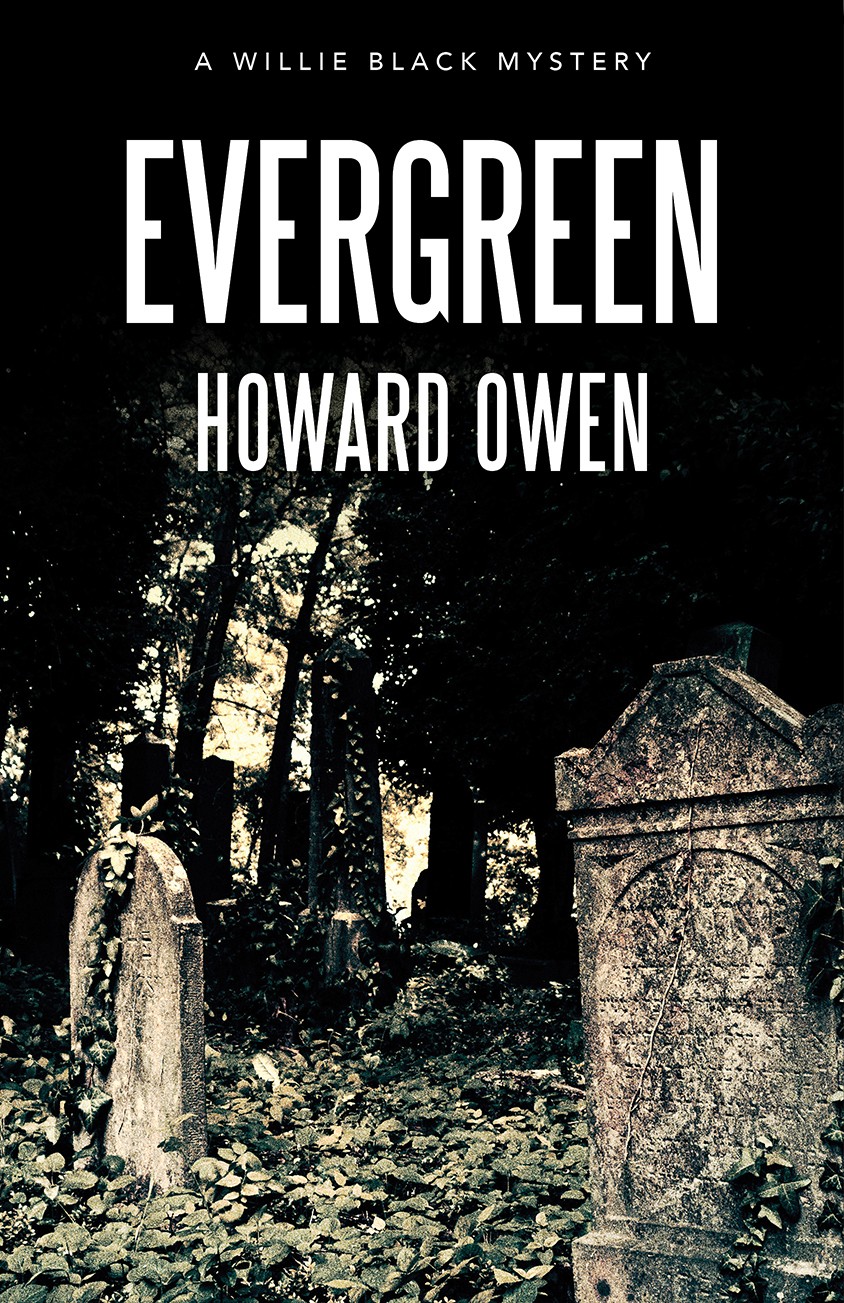 When Willie Black was 15 months old, his father, Artie Lee, was killed in an apparent automobile accident. That's all Willie — police reporter for a Richmond, Virgina, newspaper — knows about his dad. He's never been curious about the man.

That changes when Willie's aunt on his father's side summons him to her deathbed. She's been tending Artie's grave in Evergreen, an abandoned cemetery, and now it's up to Willie to inherit the chore.

Readers of Howard Owen's underappreciated Willie Black novels already know that Willie's father was black, that his mother was white, and that they weren't allowed to marry in 1960s Virginia. But in "Evergreen," the eighth book in the series, they'll grow as curious as Willie about what really put Artie in his grave.

Finding out is no easy task.

Willie's mother won't say and urges Willie to drop it.

Artie's old pals reminisce about his saxophone playing but clam up about his death.

The police chief says there were rumors that the car crash was no accident but has no details.

Old newspaper files are no help. The death of a black man didn't merit a news story in 1961 Virginia.

Patiently, Willie squeezes a few minor details from townsfolk old enough to remember Artie. Each time he gets a scrap of information, he circles back, telling the witnesses what he knows and teasing out a bit more. He does this so skillfully that it is a pleasure to watch him work.

Eventually, he learns that Artie's death was connected to a Ku Klux Klan rally, a car bombing and a series of betrayals by friends and relatives who were threatened by racist police officers unless they talked. The result is a conclusion that is both wrenching and satisfying.

Readers seeking the thrills of most popular crime fiction won't find it here. Instead, they will find a textured, emotionally charged tale about coming to terms with growing up biracial in America told in the precise language of a writer who honed his craft during 44 years in the newspaper business.