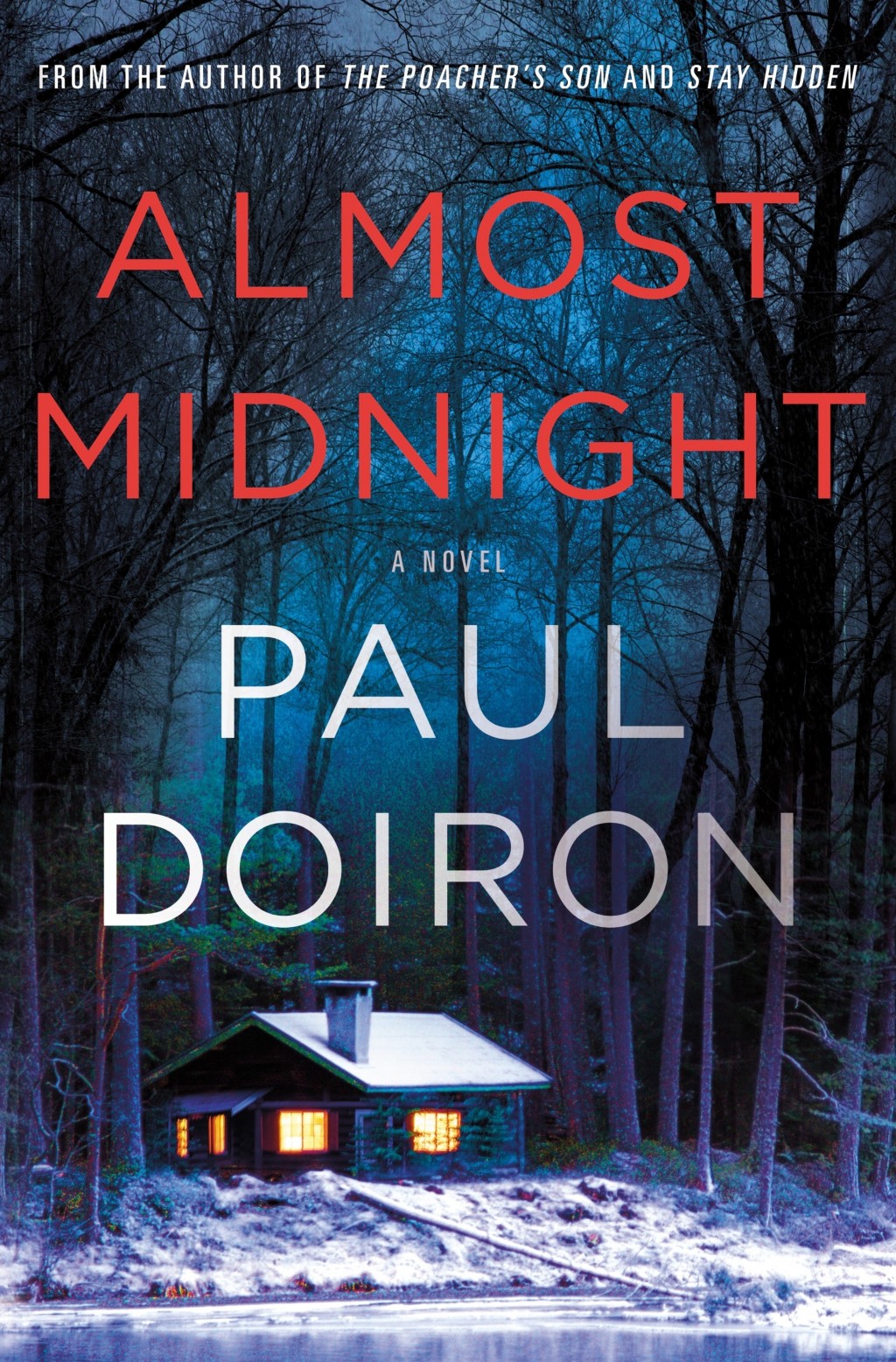 In nine previous crime novels, Paul Doiron's protagonist, Maine game warden Mike Bowditch, has made more than his share of friends and enemies. Now, in "Almost Midnight," two friends featured in earlier books return, and both are in desperate need of help.

One of them is Billy Cronk, an ex-soldier who's prone to paranoia, fiercely loyal, and capable of explosive violence. In an earlier book, Cronk saved Bowditch's life by shooting two gunmen, impetuously dispatching one, who already been rendered helpless, with a bullet to the head.

The other friend is Shadow, a wolf-dog hybrid that Bowditch once rescued from a couple of meth heads and briefly considered keeping as a pet before the beast broke free and fled into the woods.

The plot begins when Cronk calls Bowditch from prison, where he is doing time for that head shot. He begs Bowditch to look into the background of a prison guard but won't explain why. Chalking it up to Cronk's paranoia, Bowditch declines.

But within hours, two shiv-wielding cons ambush the guard. Cronk comes to the rescue, kills one of the attackers, and gets stabbed in the gut for his trouble.

Not long after, a game warden who patrols a mountainous territory near the Androscoggin River calls Bowditch with more bad news. Shadow has been found at a ramshackle farm, the bolt from a crossbow protruding from his torso.

Investigating the prison stabbing is a job for the state police. Because Shadow was shot outside of Bowditch's territory, that's none of his business either. But Bowditch has never been one to stand on protocol. Soon, he's racing between the shoreline, where the prison is located, and the mountains, where Shadow was found, hell-bent on figuring out what his human and canine friends have gotten themselves into.

The Cronk case proves far proves far more complicated, involving a conspiracy that puts prisoners, prison guards and even Cronk's family in mortal peril. The Shadow case is difficult as well, hampered by a lack of cooperation from hostile mountain folk.

As usual in a Doiron novel, the characters are well drawn, the Maine landscape is vividly portrayed, and Bowditch pursues his passion to protect the innocent and bring evil doers to justice regardless personal cost.