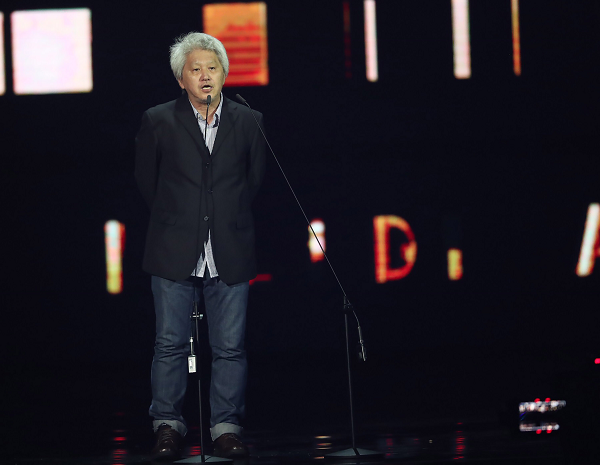 Following his comment in support of Hong Kong, the presenter went on to mention the 1989 Tiananmen massacre.

The censors were probably aware that Jen was also preparing to discuss Tiananmen, as he was presenting an achievement award to Blacklisted Studios for an album of protest music entitled “Songs of Madness” released in 1989 by the collective of Taiwanese artists.

Some of Jen’s remarks on Tiananmen Square were quoted by ABC News.

“In 1989, the Berlin Wall collapsed, the June 4 Tiananmen Square incident happened, Cheng Nan-jung sacrificed himself for democracy, and the Blacklist Studio released the Songs of Madness…It was the year when the world was making an effort to move towards a new order of having more freedom and democracy.”