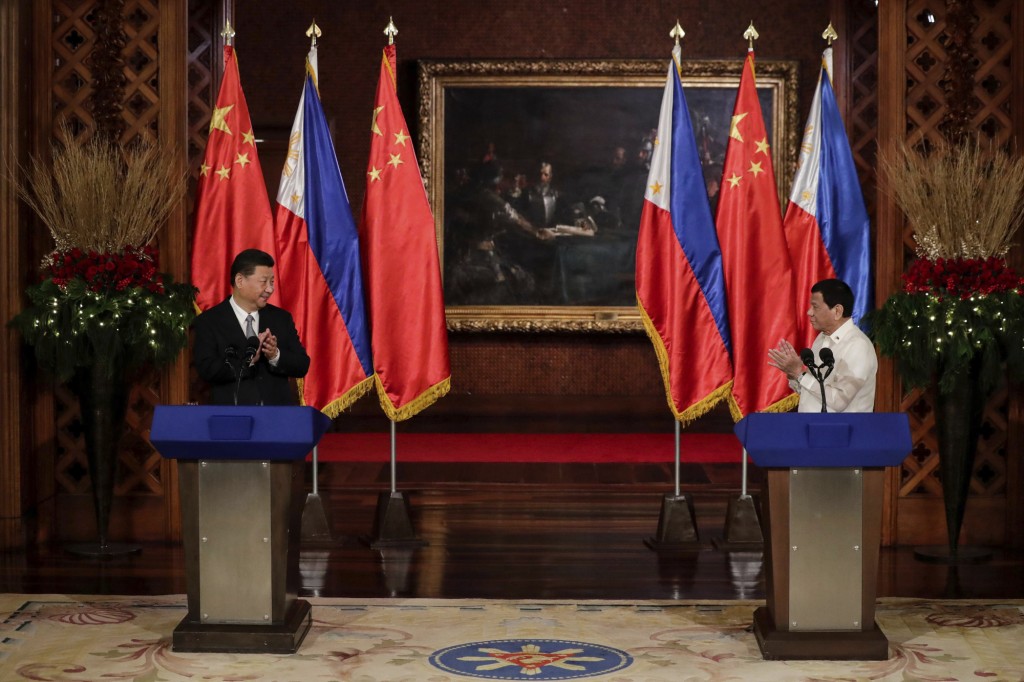 TAIPEI (Taiwan News) – The Duterte administration of the Philippines is continuing to cede ground in the South China Sea through an “informal” and “undocumented” agreement between President Duterte and Chairman Xi Jinping.

With many citizens of the Philippines already concerned over the government’s unwillingness to safeguard the territory of the country’s Exclusive Economic Zone (EEZ), Monday’s (July 1) announcement from the Presidential Palace in Manila is sure to spark anger.

Presidential spokesperson Salvador Panelo told the media on Monday that a “mutual agreement” allows Chinese fishermen to freely access fisheries within the Philippines’ EEZ. Panelo also declared that the 2016 ruling by the Permanent Court of Arbitration, which concluded that Chinese fishing vessels routinely violated the Philippines' sovereignty in its EEZ, cannot effectively be enforced.

Making the Duterte government appear even weaker on protecting the nation’s maritime territory, Panelo continued by claiming that the informal agreement "is being enforced in a way that we're being allowed to fish there in the areas that [Filipino] fishermen could not at the time."

According to ABS CBN News, some in the Philippine government view the undocumented agreement between Xi and Duterte as unconstitutional and possibly grounds for impeachment.

Speaking on behalf of the administration, Panelo claimed that attempting to enforce exclusivity in the South China Sea would be “courting danger.” However, Senior Associate Justice Antonio Carpio warned that if Manila gives too much to China, then the country could lose its EEZ and its access to fisheries in the South China Sea forever.