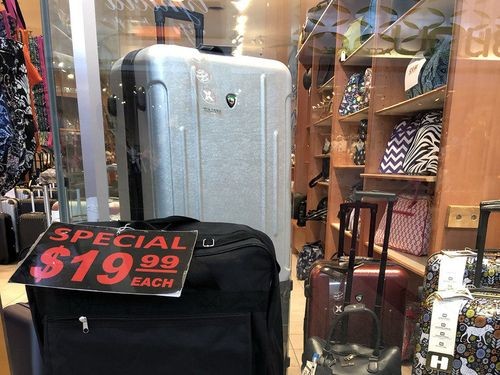 Taiwan's representative office in Canada reminded Taiwanese travelers to be vigilant over "shared luggage space" schemes as unwitting Taiwanese could be used by drug syndicates to transport illegal substances and have to deal with the legal consequences.

Offers for luggage space have been seen daily on Facebook groups among Taiwanese in Canada recently, stemming from the desire to earn extra money by renting out spare space in luggage when traveling abroad, according to the office.

One of the popular Facebook groups dedicated to luggage space sharing, named "Toronto Luggage Space Trade (多倫多行李空間買賣)" in Chinese, was established in 2017 and has since attracted more than 1,000 members with inquiry posts nearly every day.

Taiwan's representative office in Canada and the Canada Border Services Agency (CBSA) have issued warnings against this activity, because travelers who carry things for third parties in their luggage open themselves to the danger of transporting illegal items unknowingly, specifically drugs.

Hsu said based on previous cases in other countries, illegal substances are easily concealed in secret pockets in suitcases, clothes, inside candy tins or other containers, so the person carrying the luggage is unaware what they are carrying.

In the event drugs are discovered at the airport or during border checks, those apprehended face hefty penalties regardless of whether they were complicit or not.

Although Canada has legalized the use of marijuana within its borders, travelers are prohibited from carrying it onto any international flights, Hsu reminded Taiwan nationals who travel between Taiwan and Canada.

Transporting Category I narcotics, which include heroin, morphine, opium, cocaine, and derivative products, is subject to the death penalty or life imprisonment under Taiwan's law, Hsu warned, citing the Narcotics Hazard Prevention Act.

As to those who transport Category II narcotics, which include marijuana and amphetamines, the punishment is life imprisonment or a jail term of more than seven years, she said.