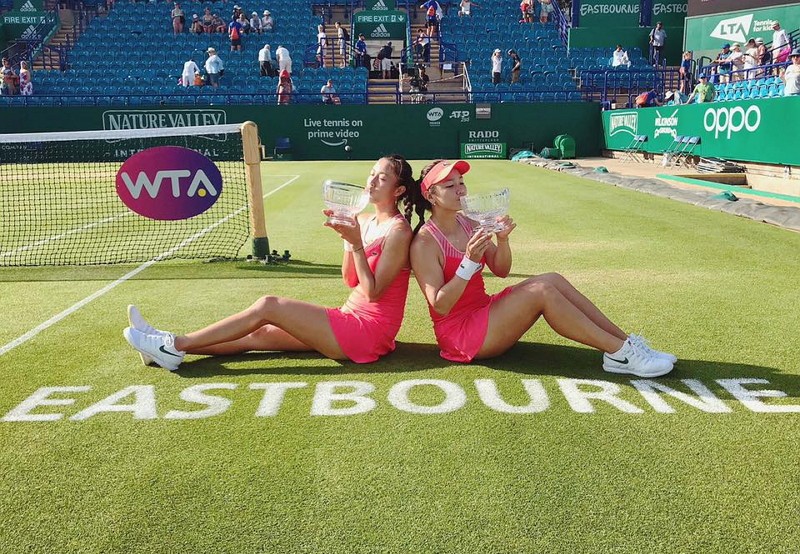 The duo defeated Kirsten Flipkens of Belgium and Bethanie Mattek-Sands of the United States 2-6, 6-3, 10-6 in the final to take home the title for the first time since 2014. This was also the sisters' 13th doubles title.

During Saturday's match, the Chan sisters got off to a slow start in the first set, which they lost 2-6. However, they managed to stage a comeback, beating the Belgium-U.S. duo 6-3 in the second set and forcing a super tiebreak.

In the tense first-to-10 decider, the Chan sisters stepped up their game to win 10-6.

The Nature Valley International is a tennis tournament on the Women's Tennis Association (WTA) Tour and the ATP World Tour.

The tournament is played on outdoor grass courts, and is generally considered a "warm-up" for the Wimbledon Grand Slam event, which begins Monday.