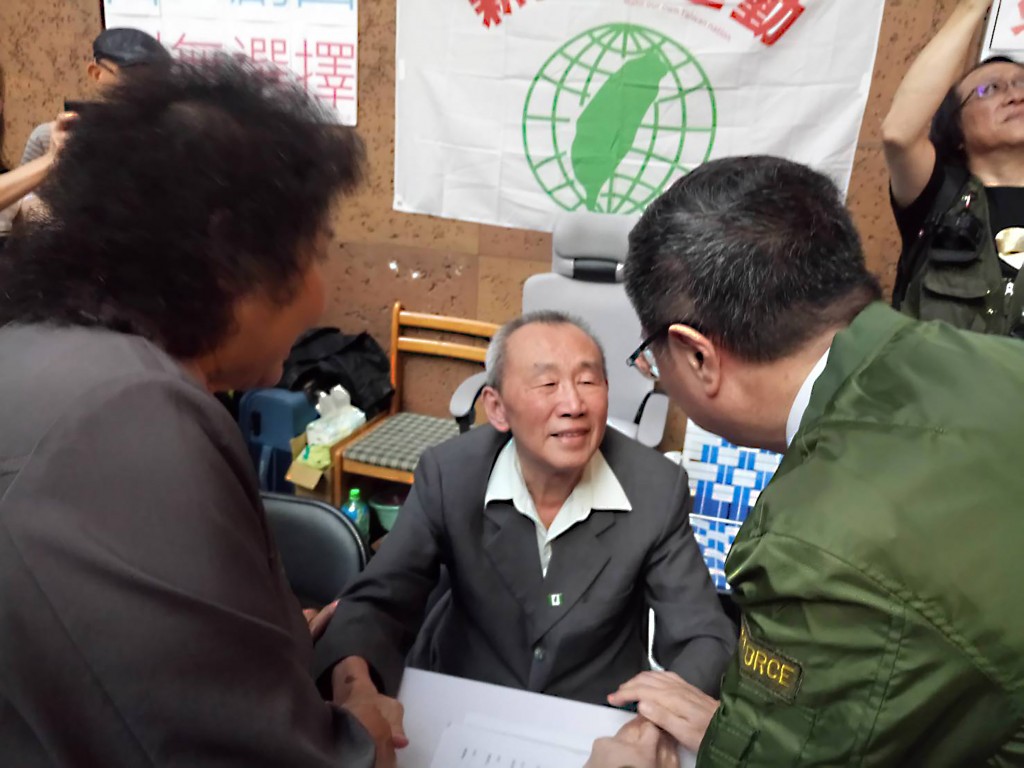 TAIPEI (Taiwan News) – The hunger strike initiated by former National Policy Advisor to the President Huang Hua (黃華) has entered day 43 in a bid to push for the founding of the "Republic of Taiwan” (台灣共和國).

Huang, 81, went on what he called a “Gandhi-style” hunger strike, starting May 19 in the lobby of Taipei Main Station, with the objective of advocating independence and self-determination for Taiwan with a non-violent approach, reported the Central News Agency.

According to Huang’s resistance plans, he will not consume anything but 1,000 ml juice, 1,000 ml milk, and water between May 19 and June 1. After this period, he will only drink water, reported Newtalk.

The campaign will not end until at least 200,000 Taiwanese have registered for a "Republic of Taiwan citizenship card." Huang is also calling for the formation of a coalition comprising pro-independence groups and small parties to pursue the independence agenda.

According to Taiwan People News, Huang used to be a political prisoner in Taiwan, having served four prison sentences that totaled 23 years.