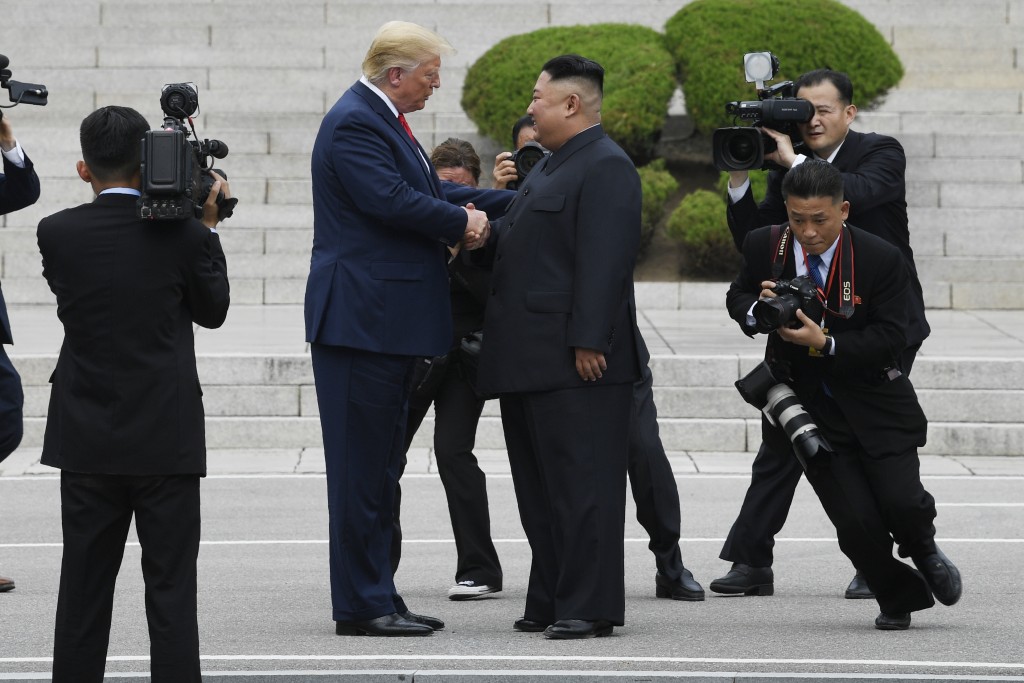 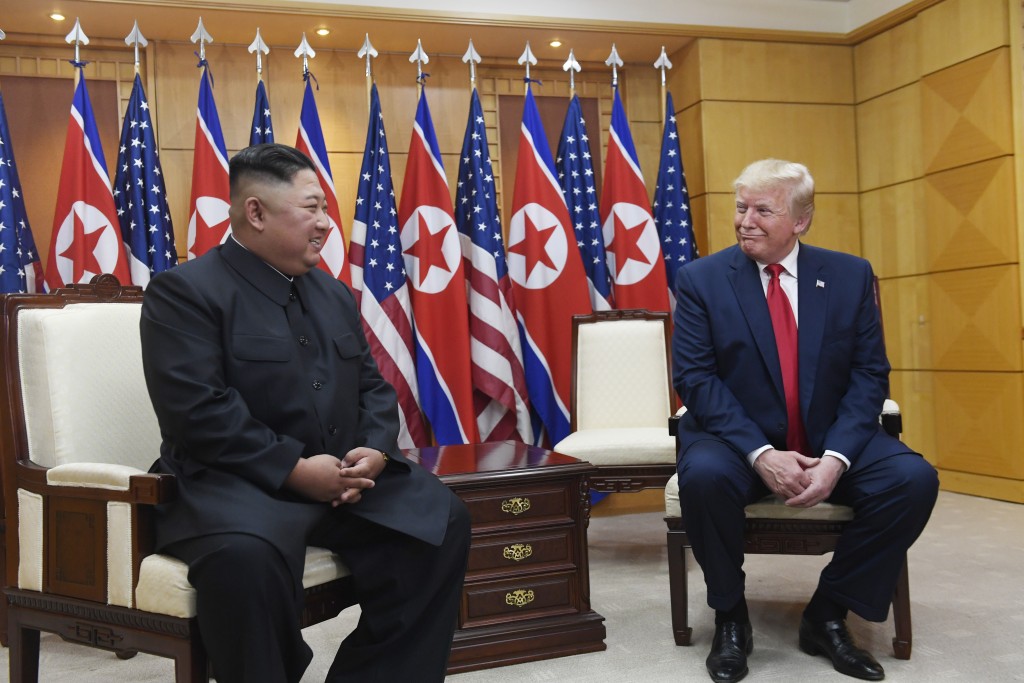 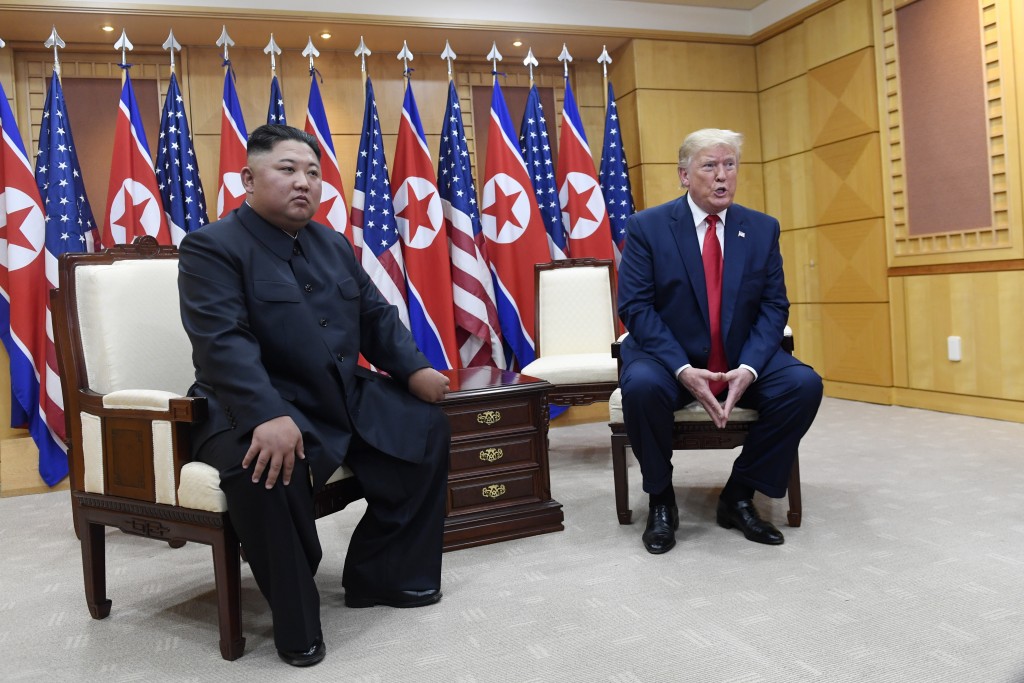 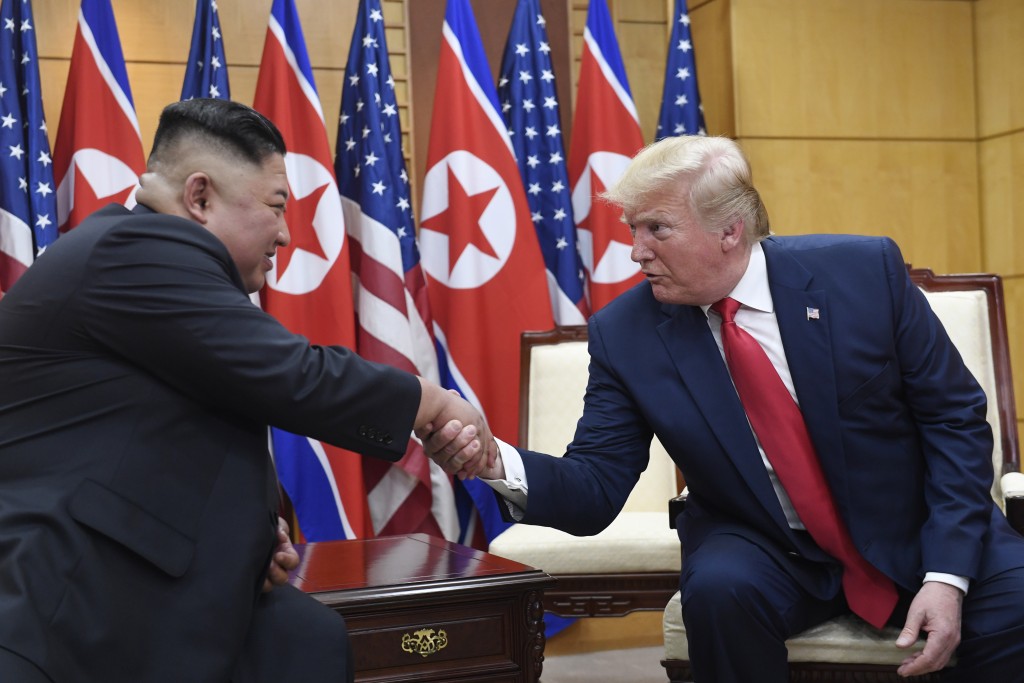 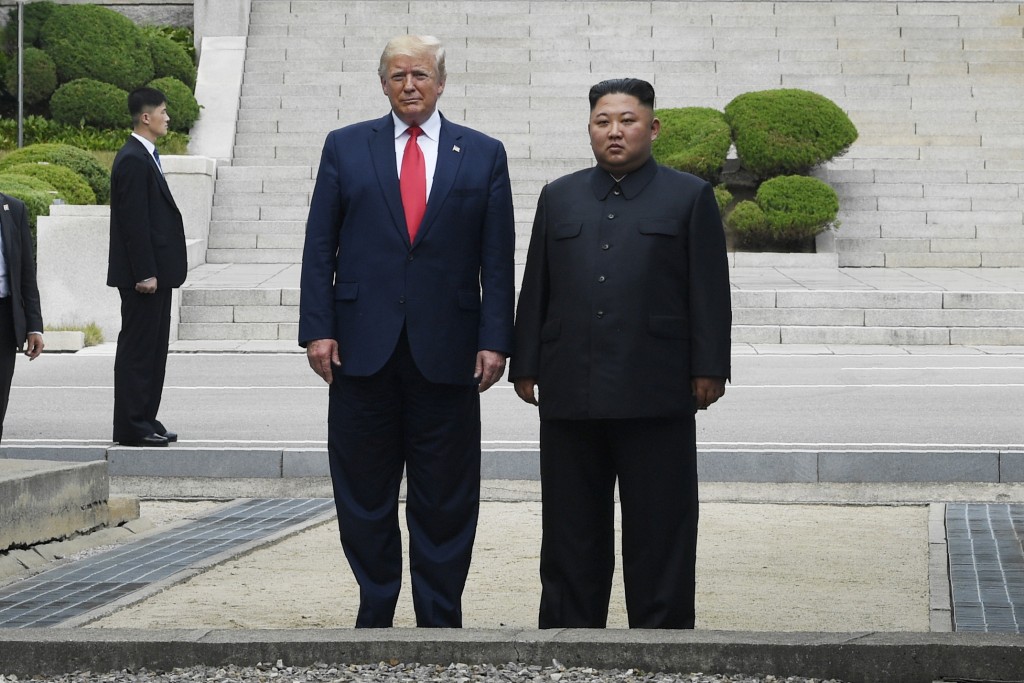 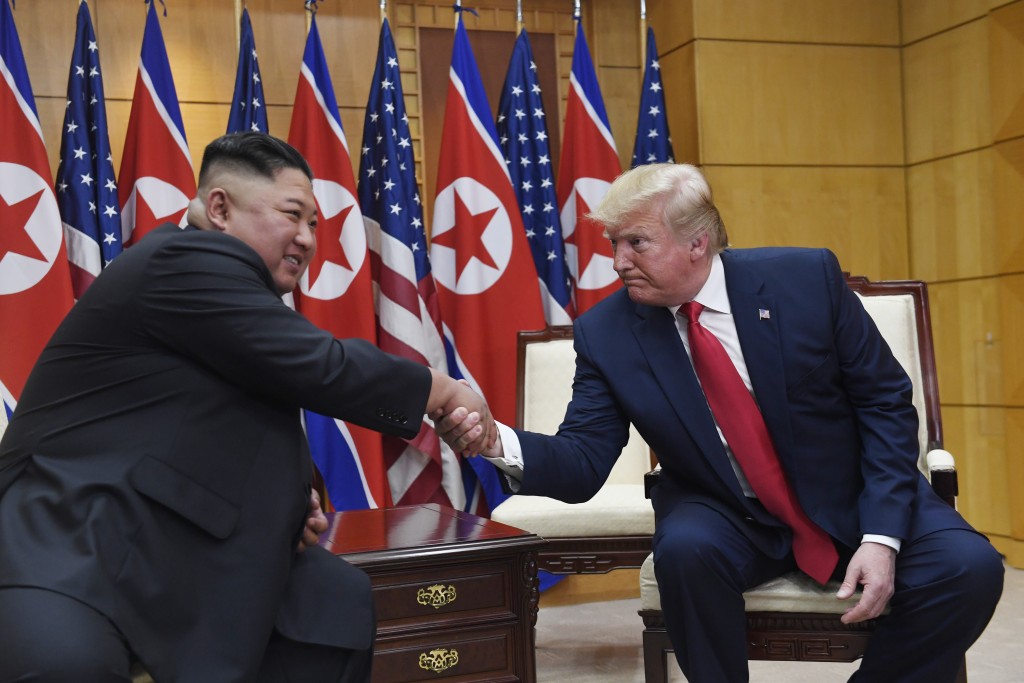 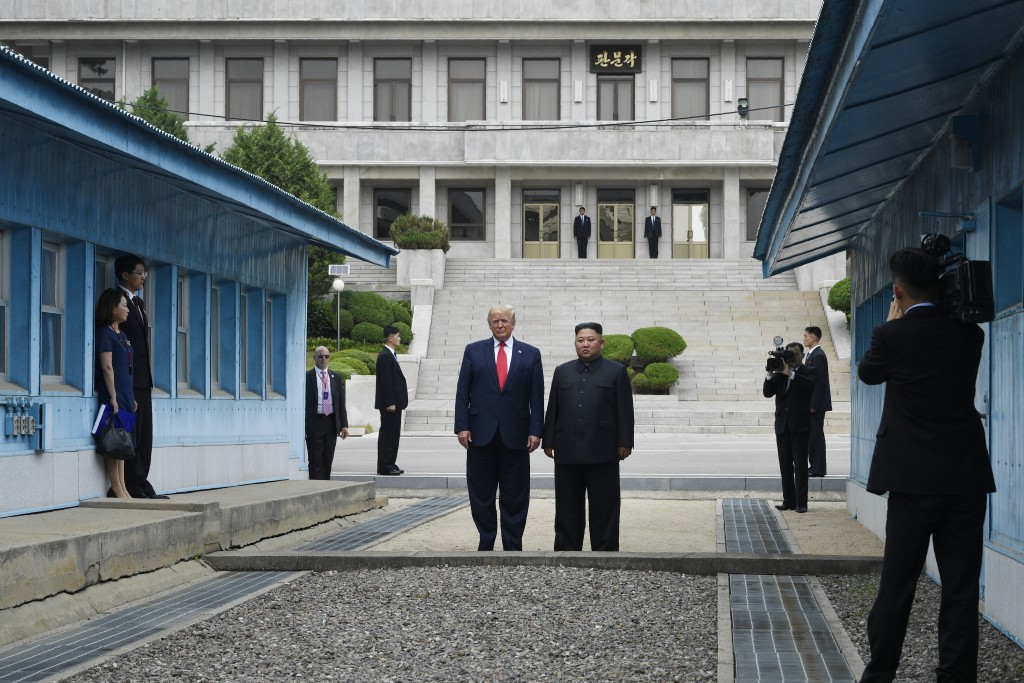 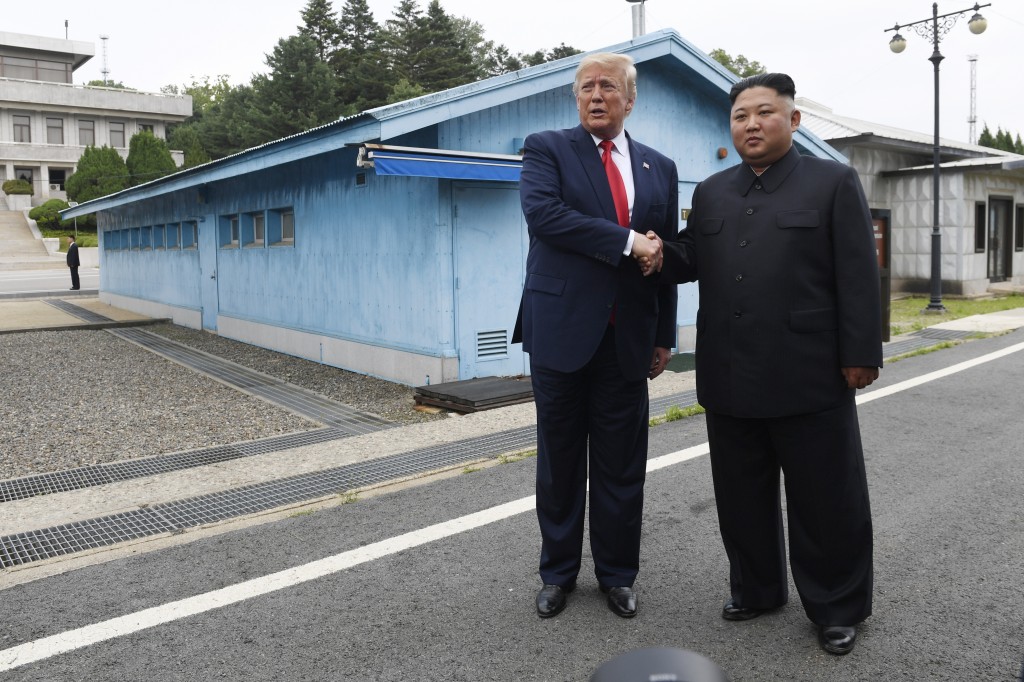 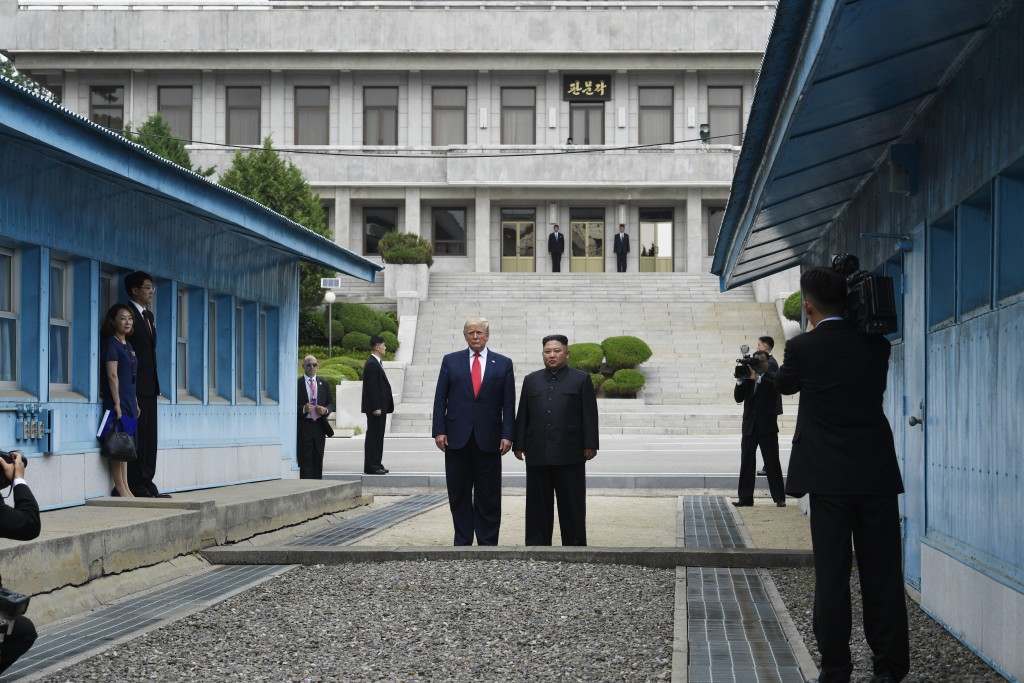 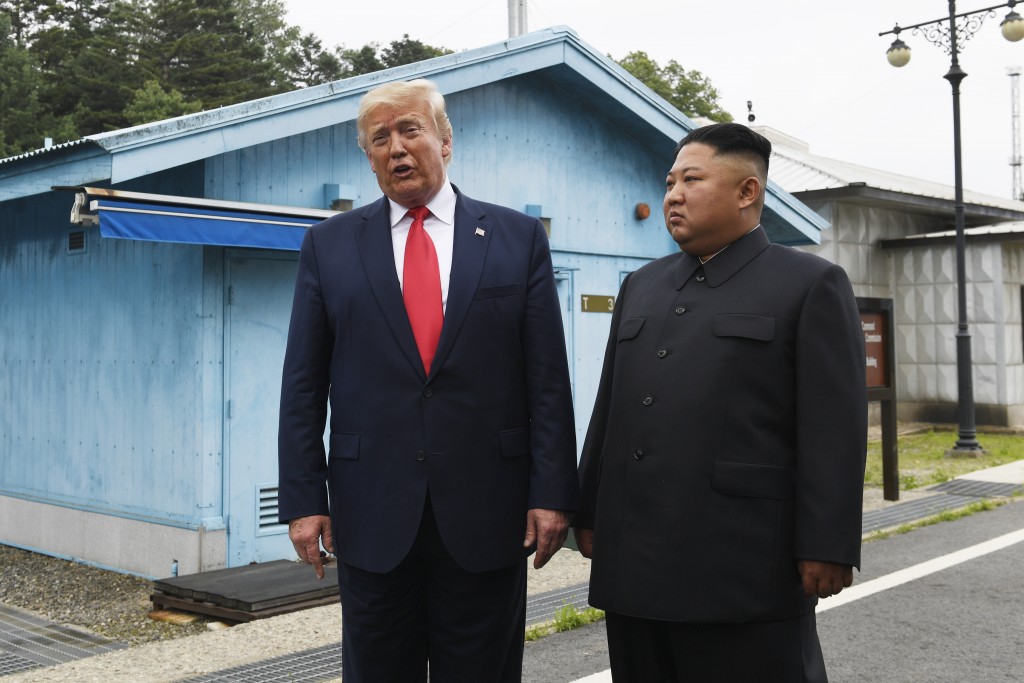 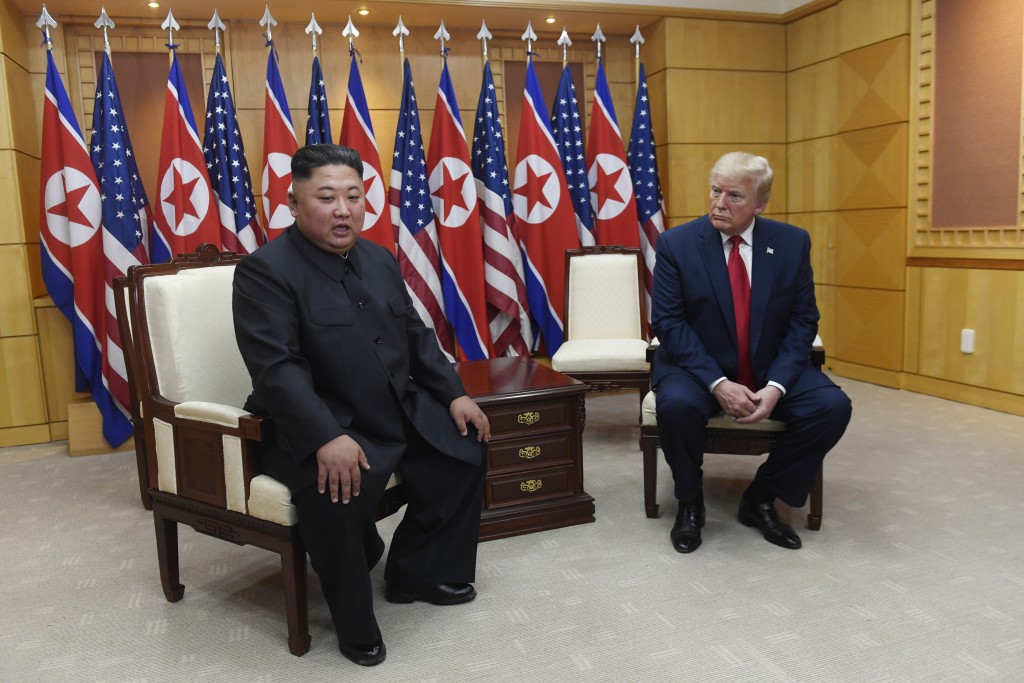 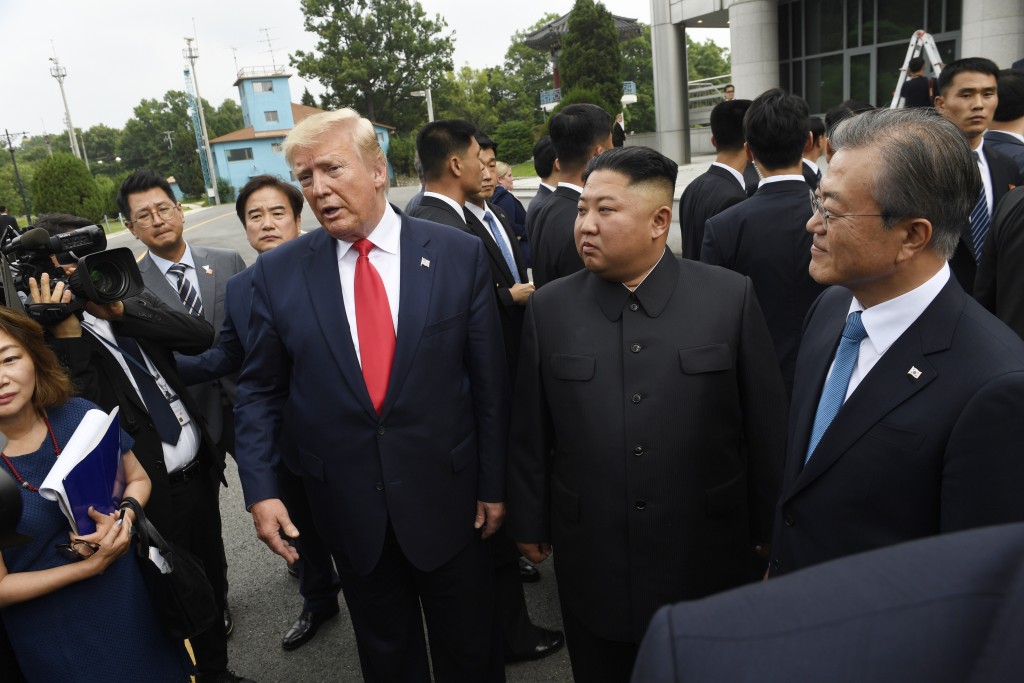 Some key developments in the Trump-Kim diplomacy:

March 7, 2018: A special South Korean envoy returns from visiting Pyongyang and says Kim is willing to discuss the future of his nuclear arsenal with Washington. Days later, Trump accepts Kim's invitation to meet.

April 21, 2018: North Korea says it has suspended nuclear and long-range missile tests and is shifting its focus to improving its economy. Trump tweets the move is "big progress!"

May 9, 2018: U.S. Secretary of State Mike Pompeo visits Pyongyang to prepare for the planned Trump-Kim meeting. North Korea frees three Americans who had been imprisoned.

June 12, 2018: Trump and Kim meet in Singapore for the first summit between the leaders of the United States and North Korea since the end of the 1950-53 Korean War. Kim vows to work toward achieving complete denuclearization of the Korean Peninsula.

Jan. 1, 2019: Kim in his New Year's Day speech says he hopes to continue his nuclear summitry with Trump, but also that he would seek a "new way" if the United States persists with sanctions and pressure against North Korea.

Feb. 27-28, 2019: Trump and Kim meet in Hanoi, Vietnam, for their second summit. The meeting collapses with reaching any agreement after Trump rejects Kim's calls for major sanctions relief in return for dismantling his main nuclear complex in a partial denuclearization step.

April 13, 2019: Kim says he is open to another meeting with Trump, but sets the year's end as a deadline for Washington to offer mutually acceptable terms for an agreement to salvage the diplomacy.

May 9, 2019: North Korea fires two short-range missiles toward the sea in its second launch in five days, ending a pause in ballistic testing. The launches are seen as measured efforts to dial up pressure on Washington and Seoul without actually causing the negotiations to collapse.

June 30, 2019: Trump shakes hands with Kim at a jointly controlled area inside the DMZ and becomes the first U.S. president to cross over into North Korean territory. Kim then walks over the demarcation line into South Korea with Trump.