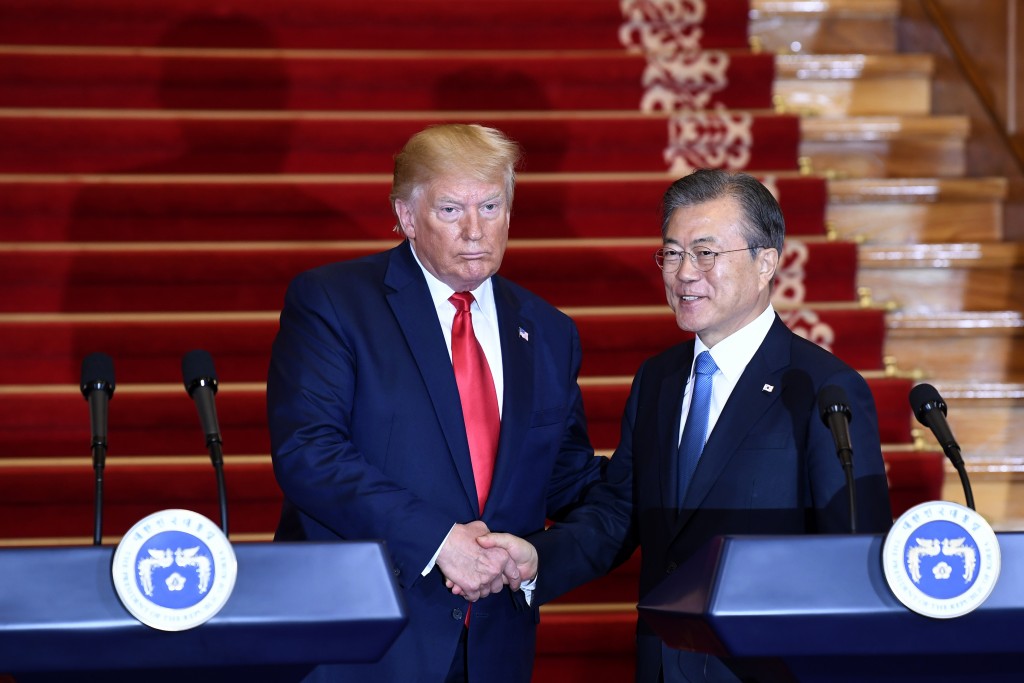 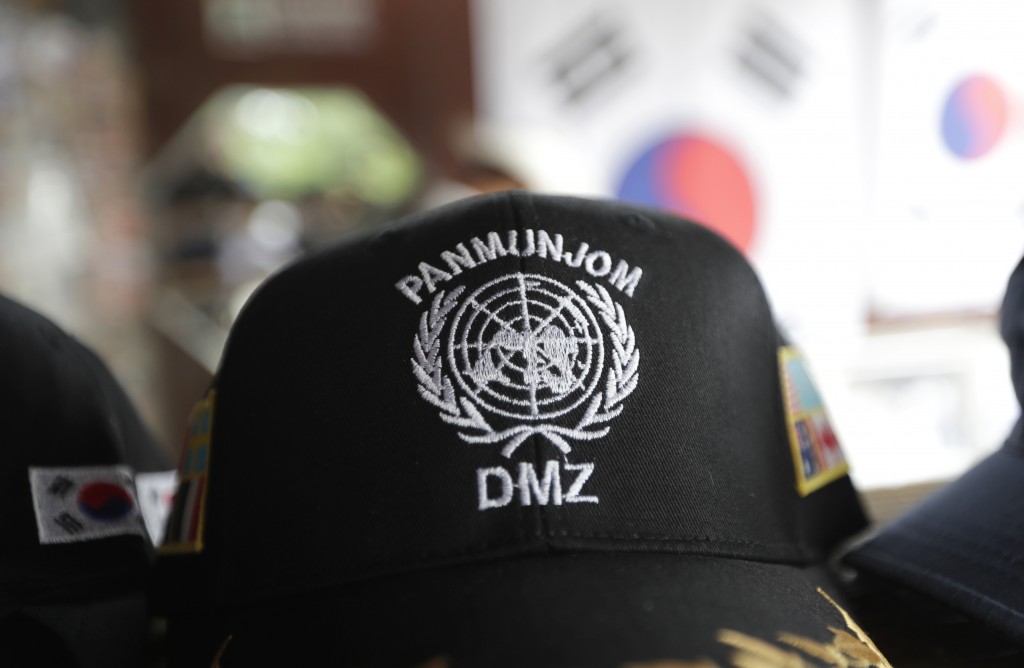 President Donald Trump is making his first visit to the Korean Demilitarized Zone ahead of a meeting with North Korea's Kim Jong Un.

Trump arrived by helicopter Sunday near the Panmunjom truce village. He was also expected to visit an observation post and greet U.S. and South Korean troops.

Trump told reporters at a news conference with South Korean President Moon Jae-in that he and Kim will "just shake hands quickly and say hello" at the historic meeting at the Korean border village.

Trump on Saturday invited Kim to meet him at the border for a symbolic handshake. He expressed openness to briefly crossing into North Korean territory if Kim accepted.

Every president since Ronald Reagan has visited the 1953 armistice line, except for George H.W. Bush, who visited as vice president.

President Donald Trump is on his way to the Korean Demilitarized Zone for a historic meeting with North Korea's Kim Jong Un.

Trump departed Seoul by helicopter on Sunday afternoon shortly after South Korean President Moon Jae-in announced that Kim had accepted Trump's invitation to meet at the heavily fortified site at the Korean border village of Panmunjom.

Trump told reporters before departing that he looked forward to seeing Kim and to "shake hands quickly and say hello."

The meeting is set to mark yet another historic first in the yearlong rapprochement between the two technically warring nations. It also marks the return of face-to-face contact between the leaders since negotiations to end the North's nuclear program broke down during a summit in Vietnam in February.

President Donald Trump is defending his decision to stage an historic meeting with North Korea's Kim Jong Un at the demilitarized zone that separates the North and South, insisting that much progress has been made under his watch.

Trump is nonetheless downplaying the significance of the visit, saying, "It's just a step."