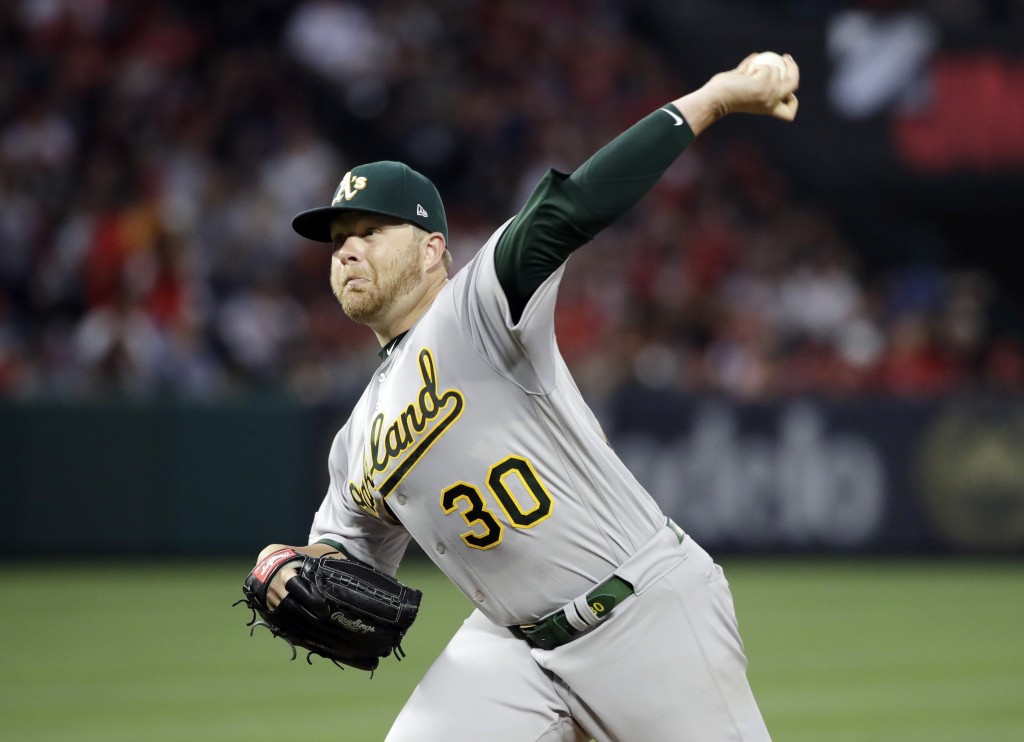 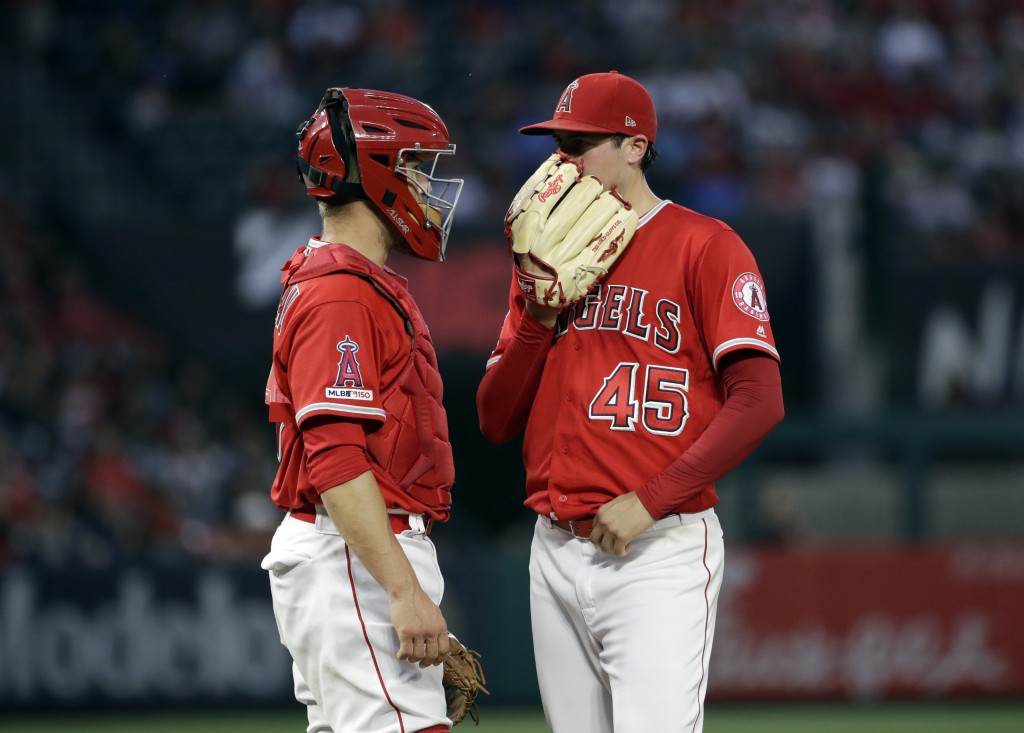 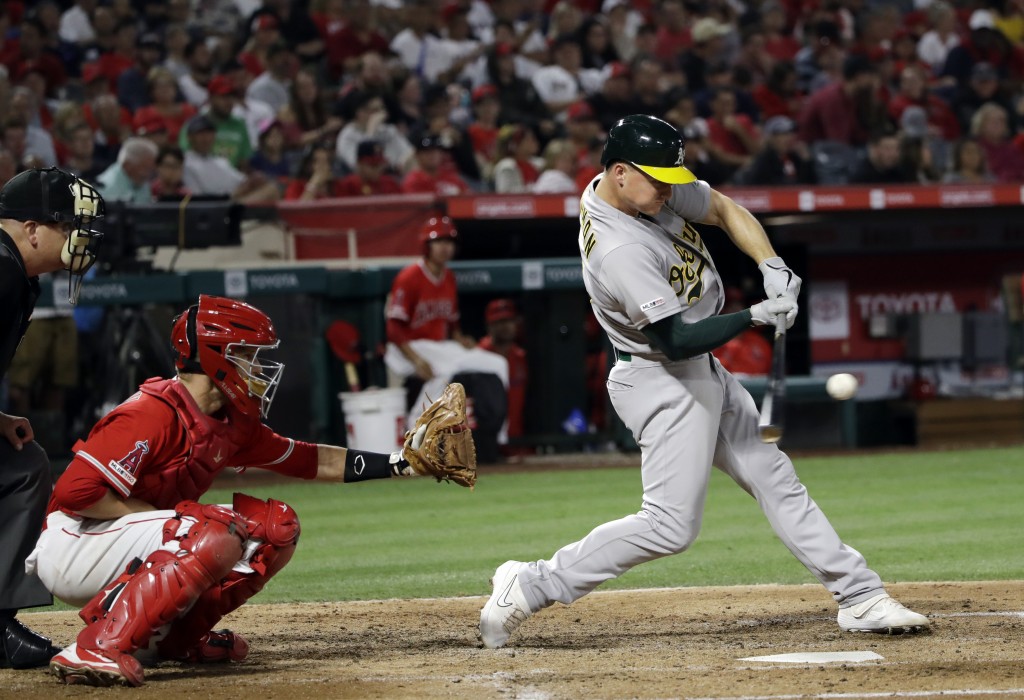 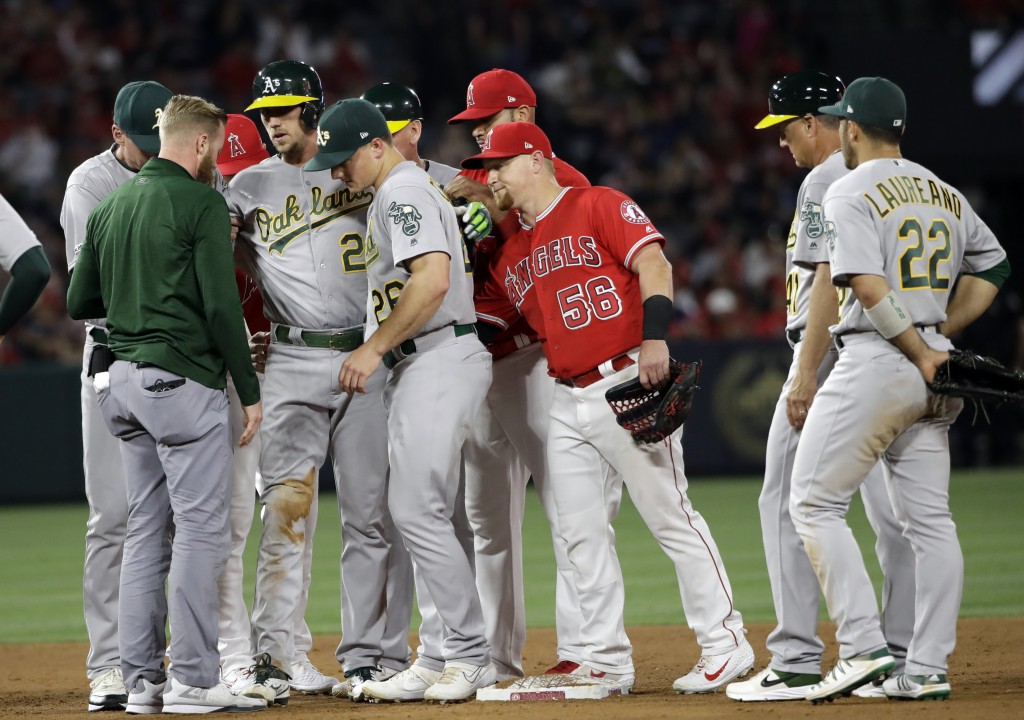 Anderson (8-5) was brilliant in his first start since giving up seven runs while failing to get an out in the fourth inning against Tampa Bay last weekend. The veteran left-hander didn't allow an Angels runner to reach second base until Luis Rengifo's eighth-inning double chased him on his 100th pitch.

Marcus Semien and Josh Phegley drove in runs for the A's, who have won four of five and 12 of 17 overall to push past the Angels in the middle of the AL West pack. Oakland has won 16 of its last 21 road games, as well.

Mike Trout went 1 for 3 with a walk and a ninth-inning single, and Shohei Ohtani went 0 for 4 with two strikeouts as Los Angeles was shut out for the first time since April 16, failing to get any runners to third base.

Tyler Skaggs (7-7) gave up just two runs, but couldn't get through five innings for the Angels. They have fallen back to .500 again with two straight losses following a four-game winning streak.

Oakland's Stephen Piscotty left the game in the sixth inning after spraining his right knee while sliding into second. The outfielder was attempting to stretch his hit into a double until he got hurt, and the Angels tagged him out when he ended up lying on the ground past the base.

Anderson had only one win in his previous five starts in June, but he repeatedly got the Halos to swing early in the count, and their rare hard-hit balls went right at defenders.

Neither team managed a hit in the first three innings, but after Jurickson Profar drew a leadoff walk in the fifth, Semien chased Skaggs with an RBI double.

Former A's pitcher Trevor Cahill came in, and Chapman hit his first pitch into the right field stands for his 20th homer, reaching base in his 16th straight game in the process.

Athletics: OF Khris Davis sat out his second straight game after getting hit on the hand by a pitch Thursday. The slugger isn't expected to miss much more time.

Angels: RHP Matt Harvey will begin another rehab assignment Tuesday. He hasn't appeared for the Halos since May 25 due to a back strain, and he has struggled when healthy in his first season with the club.