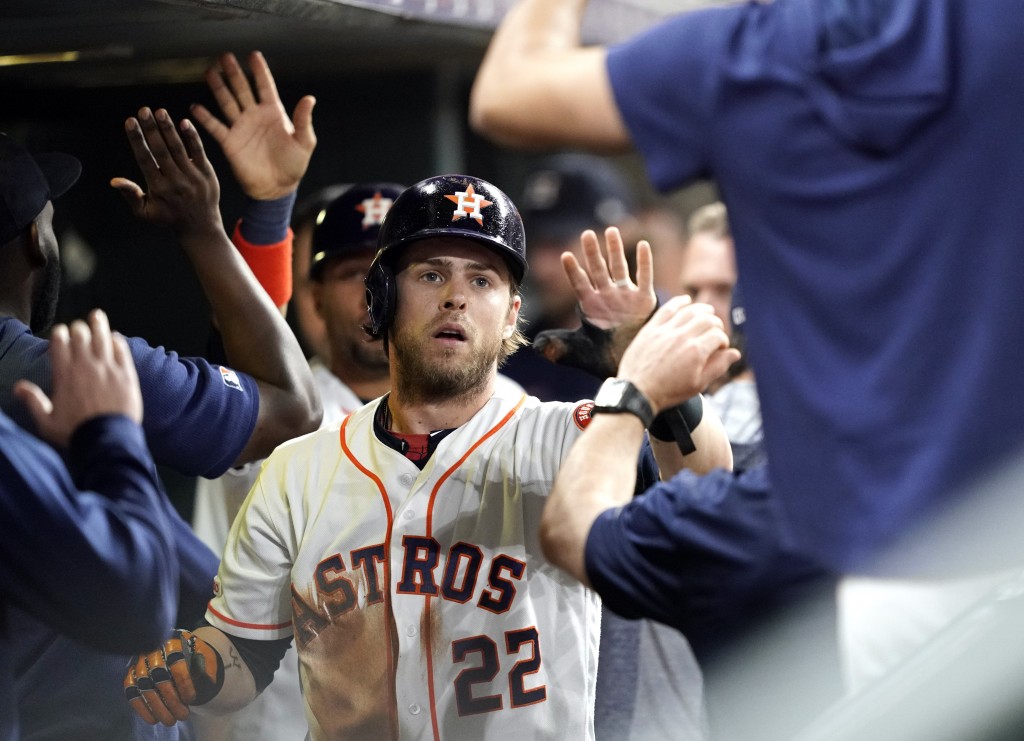 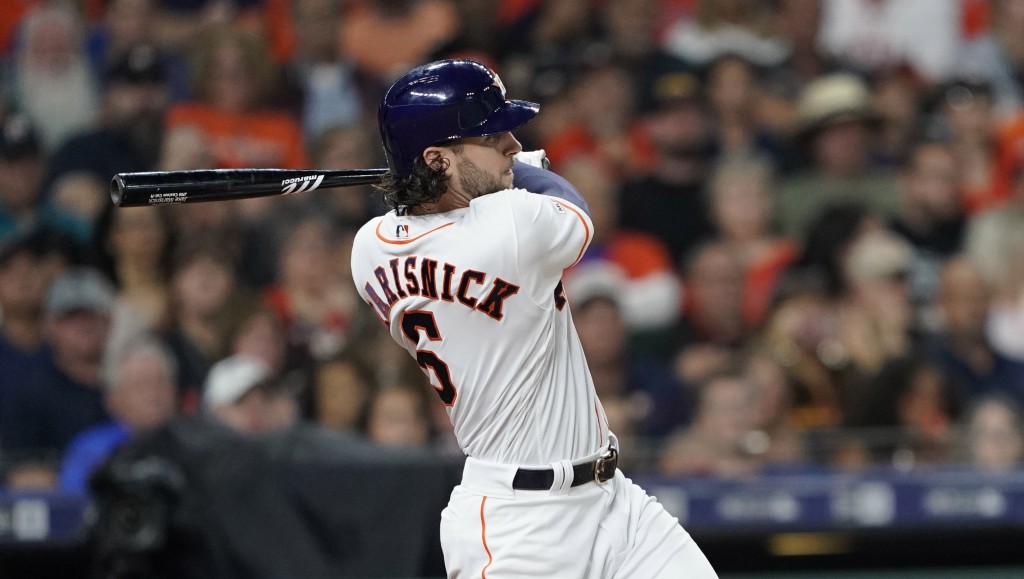 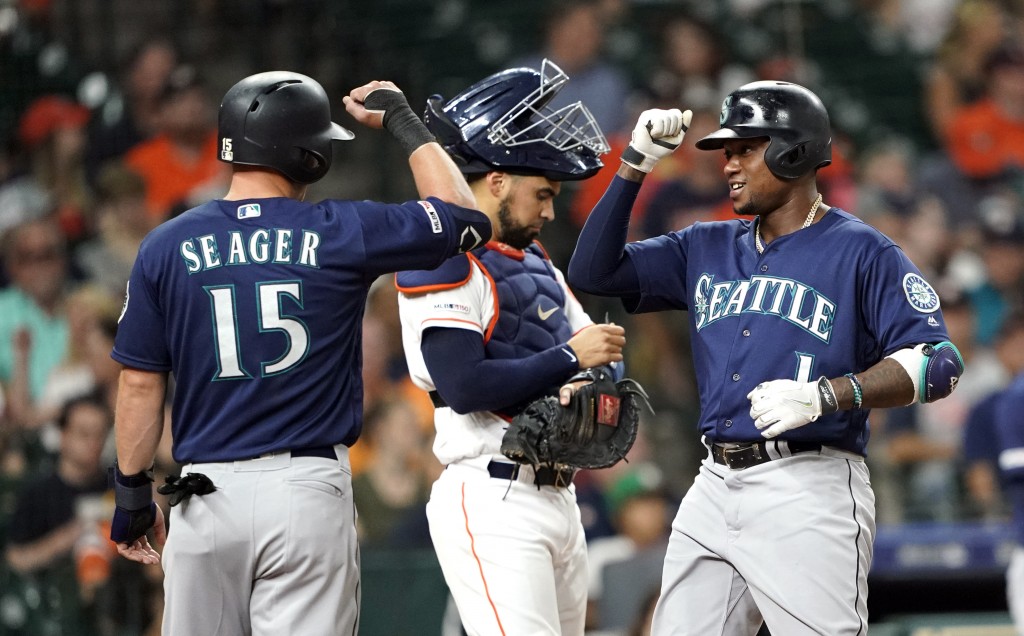 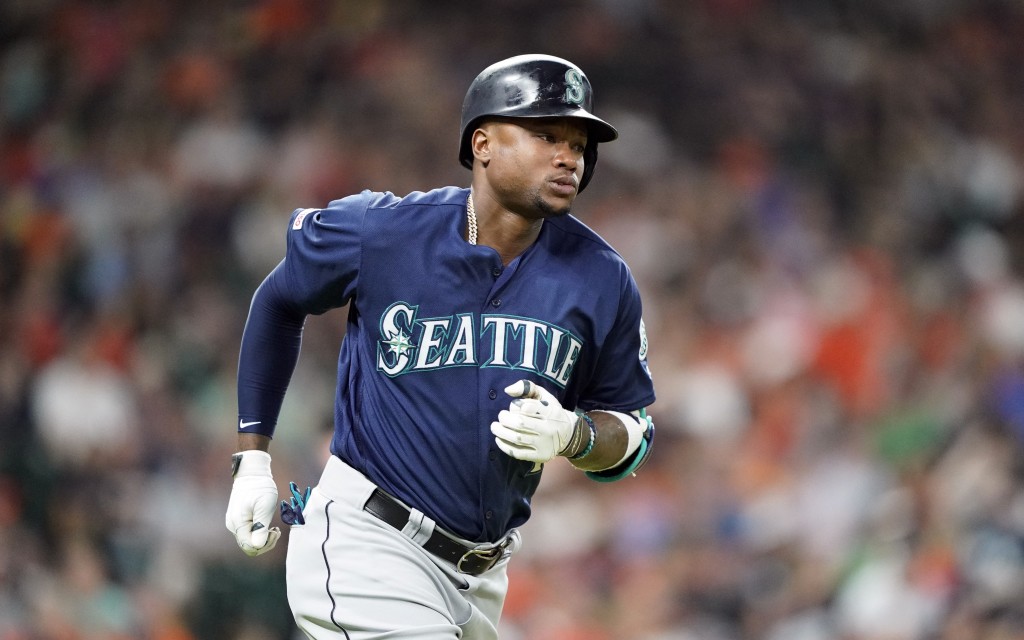 HOUSTON (AP) — Yuli Gurriel doubled in the 10th inning for his second straight last at-bat game winner, lifting the Houston Astros to a 6-5 win over the Seattle Mariners on Saturday night.

The Astros hadn't scored since putting up five runs in the second when Michael Brantley singled to start Houston's 10th, ending a streak of nine hitless innings over eight appearances for Seattle closer Roenis Elias (2-1). It was the first hit he'd allowed since June 6.

Gurriel then hit a ball just out of reach of diving center fielder Mallex Smith to score Brantley and give Houston the victory. Gurriel also led the Astros to a 2-1 win with a 10th-inning homer on Friday night.

Houston's bullpen helped the Astros to the win in a game in which Justin Verlander had an uncharacteristically short outing. Collin McHugh struck out the side in the eighth and Roberto Osuna pitched a perfect ninth. Chris Devenski (2-0) allowed one hit in a scoreless 10th.

Verlander gave up five hits and tied a season high with four runs in five innings for his shortest start since going four innings in a loss to the Rangers on April 2. He struck out five and walked a season-high four in the fourth straight start where he's given up at least one homer.

Tim Beckham, Domingo Santana and Daniel Vogelbach all homered for the Mariners, who lost their third straight.

Kyle Seager walked with two outs in the second inning before Beckham's towering shot hit on the wall near the train tracks atop left field to put Seattle up 2-0.

Kikuchi issued consecutive walks to Brantley and Gurriel to open Houston's second. Josh Reddick reached on a fielding error by Dee Gordon with one out that allowed Brantley to score and cut the lead to 1. Jake Marisnick then slapped a double down the left field line to score two more and give Houston a 3-2 lead.

The speedy Myles Straw singled on an infield grounder before George Springer's RBI single made it 4-2. The Astros wrapped up their scoring in the inning when Straw scored on a sacrifice fly by Altuve.

A single by Dee Gordon opened Seattle's third and Smith followed with a double. There was one out in the inning when Gordon scored on a groundout by Santana to cut the lead to 5-3.

There were two outs in the fifth when Santana sent a 94 mph fastball from Verlander into the seats in right field for his 18th homer to get the Mariners within one.

Vogelbach tied it in the seventh with his two-out, two-strike home run to center field off Ryan Pressly.

Astros: OF/DH Yordan Alvarez was out of the lineup for a second straight game with a sore left knee after leaving Thursday's game in the third inning.

Mariners: LHP Marco Gonzales (9-6, 4.34 ERA) will start for Seattle in the series finale on Sunday. Gonzales allowed eight hits and three runs in five innings of a win over Milwaukee in his last start.

Astros: RHP Gerrit Cole (7-5, 3.42) is scheduled to start for Houston on Sunday. Cole won his third straight decision in his last start over Pittsburgh by yielding seven hits and one run in six innings.