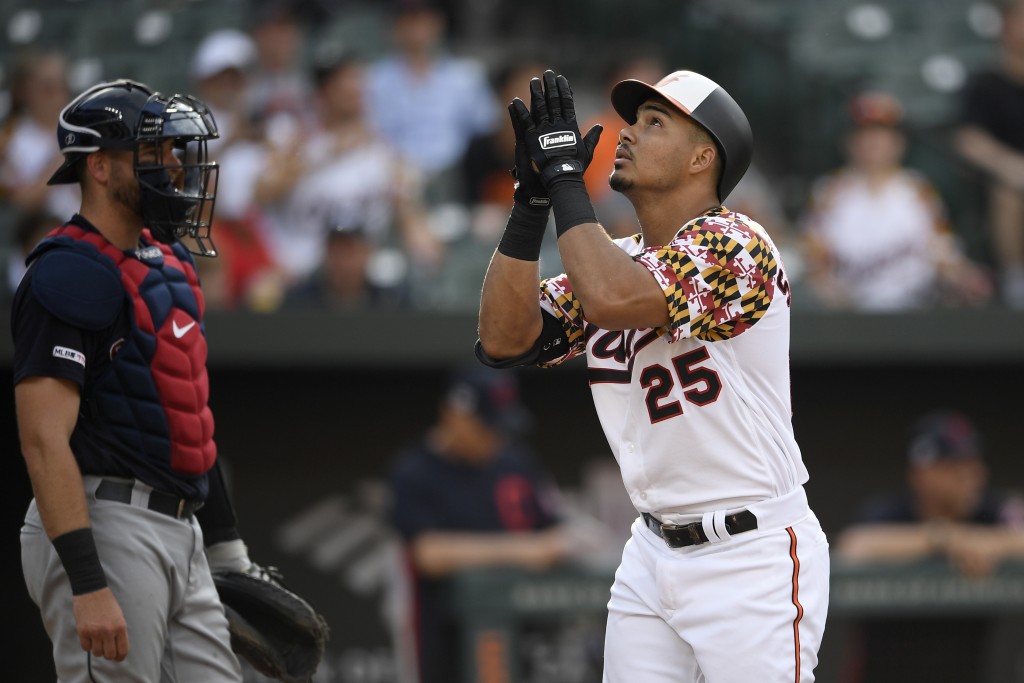 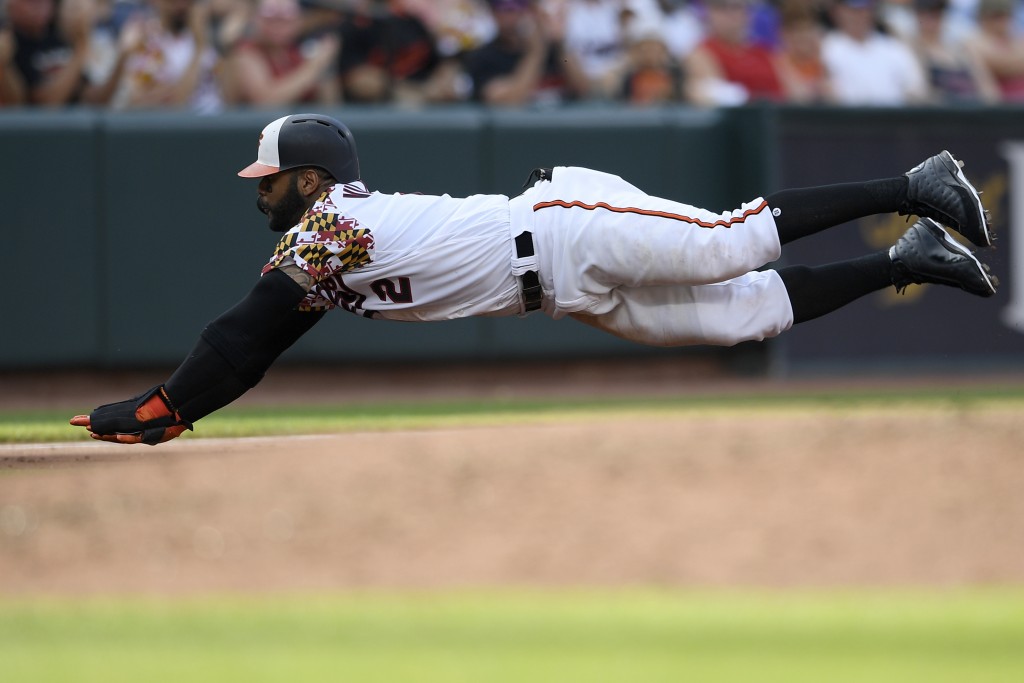 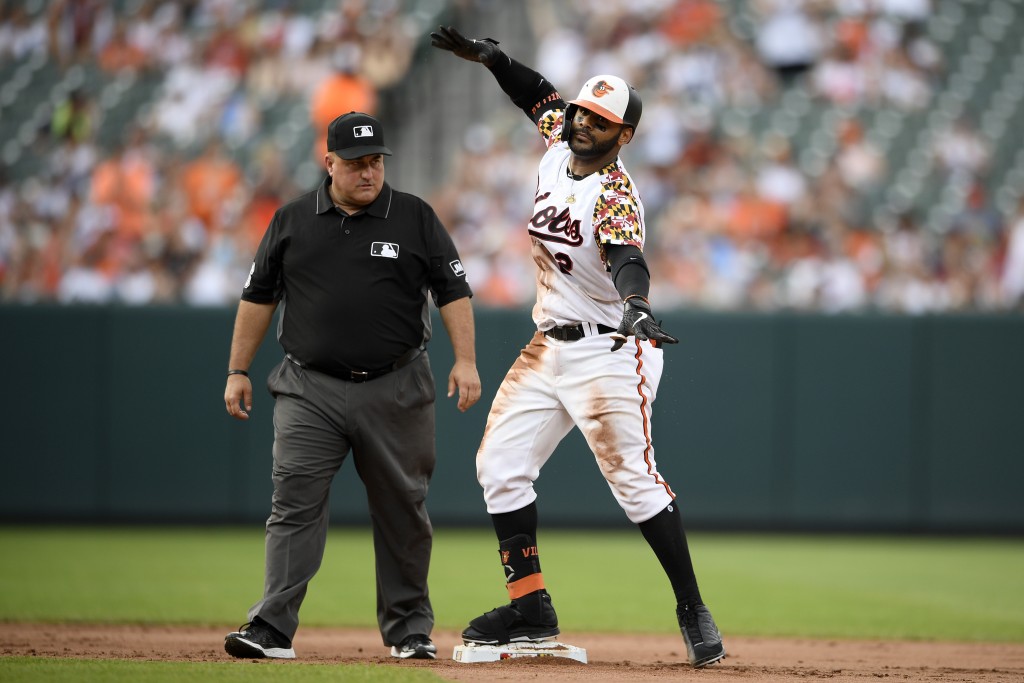 BALTIMORE (AP) — Manager Brandon Hyde says his young Baltimore Orioles are a fun team to watch, regardless of how much they've been struggling.

The Orioles certainly put on a show the last two nights against the Cleveland Indians.

Andrew Cashner threw seven innings of three-hit ball, Renato Nunez had two of Baltimore's four home runs and the Orioles clinched their first series win since April with their second consecutive 13-0 victory over Cleveland on Saturday.

Anthony Santander etched his way into Camden Yards' history when he hit the 100th home run, and 45th by an Oriole, to land on Eutaw Street since the stadium opened in 1992.

"It's an honor to hit the 100th home run onto Eutaw Street. It's just unbelievable," Santander said through a translator. "Hopefully tomorrow we can sweep them."

Chance Sisco also homered for Baltimore, which has outscored Cleveland 26-0 over the first two games. The Orioles will go for their first three-game sweep of the season Sunday.

Cashner (8-3) was scratched moments before the first pitch as thunderstorms passed through the area. When the start of the game was announced for 5:10 p.m. — a 66-minute delay — Cashner was renamed the starter.

He finished with six strikeouts and just one walk and has won four of his last five decisions.

"It was kind of a cluster, but thank God the weather came when it did," Cashner said.

The Orioles earned back-to-back shutouts for the first time since September 2016 against the Yankees.

Trey Mancini had three hits and drove in three runs for the Orioles, who had not won a series since April 22-24 against the White Sox. Baltimore had lost its previous 18 series.

Baltimore took a 1-0 lead in the second on a double by Hanser Alberto off Indians rookie Zach Plesac.

The Orioles broke open the game with six runs in the fourth. Santander started the rally with a 410-foot solo homer. Jonathan Villar and Mancini later added back-to-back RBI doubles. Nunez ended Plesac's afternoon with a solo shot to center.

Plesac had his shortest start over seven outings this season, allowing seven runs and seven hits with four strikeouts and three walks over 32/3 innings.

Mancini had another two-run single in the fifth that provided a 9-0 margin. Sisco added a two-run home run off A.J. Cole in the sixth. Sisco hit the 99th ball to land on Eutaw Street the previous night.

Nunez got his 17th homer of the season off Mike Freeman.

Baltimore won consecutive games for the first time since May 4-6. The Indians have been shut out seven times this year.

The Orioles became the first team in Major League history to record back-to-back shutouts while scoring at least 13 runs in each game, according to STATS.

Indians: 3B Jose Ramirez will be activated off the paternity list for Sunday's game. "He will be ready to play," Francona said. ... RHP Danny Salazar (right shoulder) will throw 30-35 pitches in a simulated game Sunday in Arizona. Salazar has not pitched at the major-league level since 2017 after undergoing arthroscopic surgery. . RHP Jefry Rodriguez (right shoulder strain) was held back from the team's eight-game road trip.