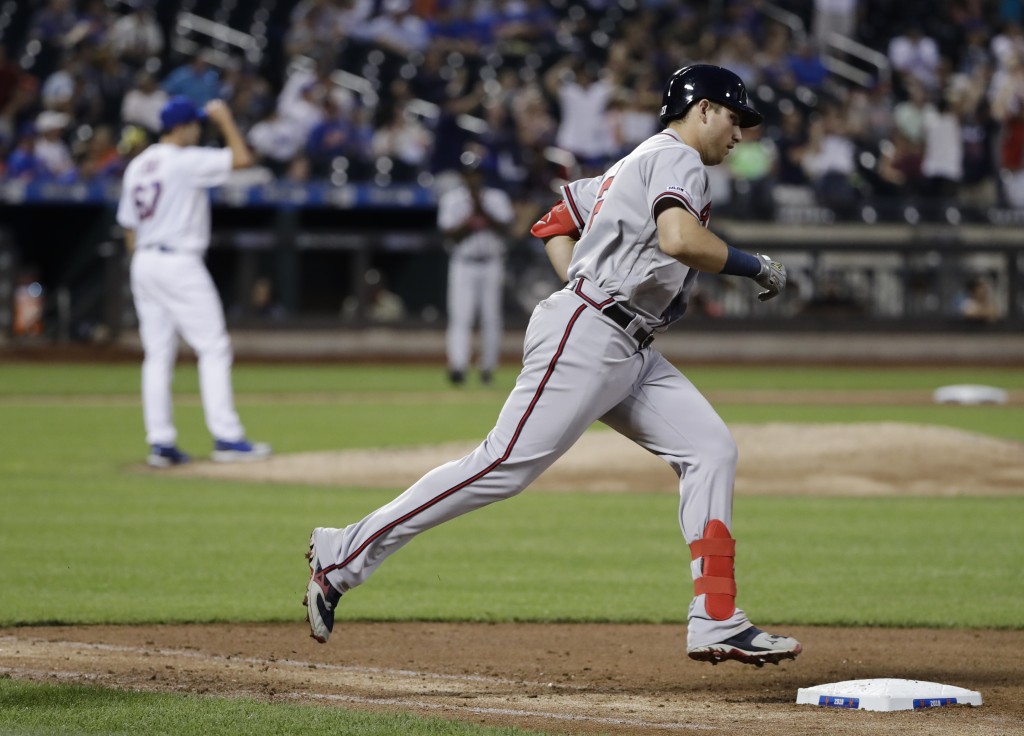 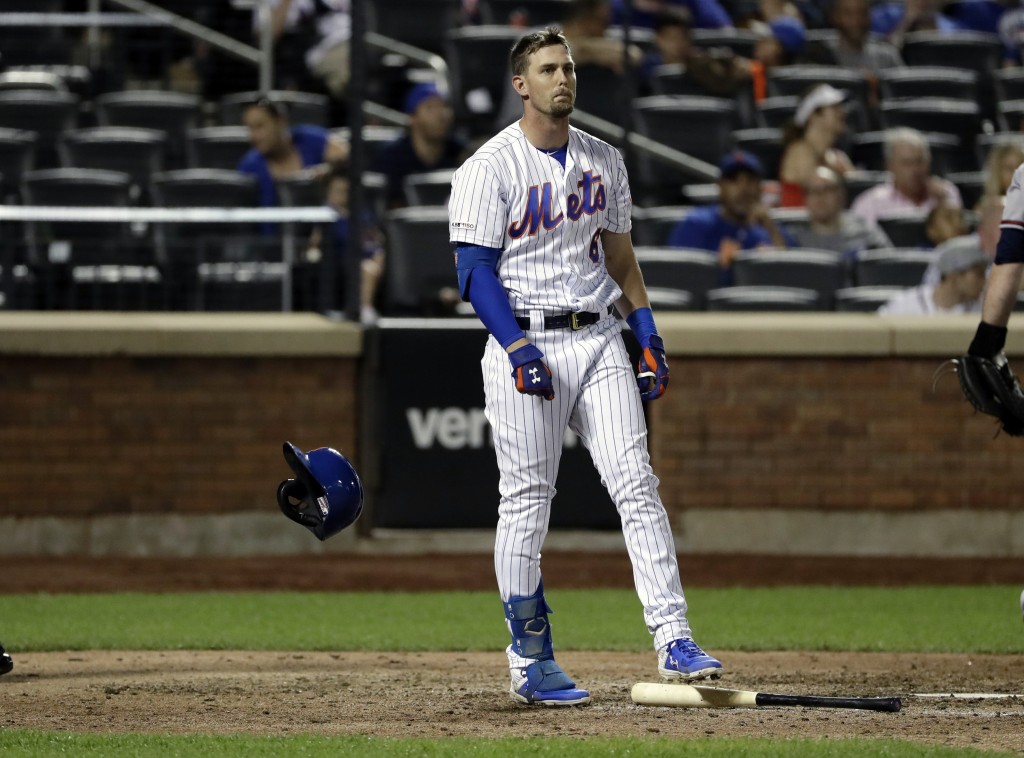 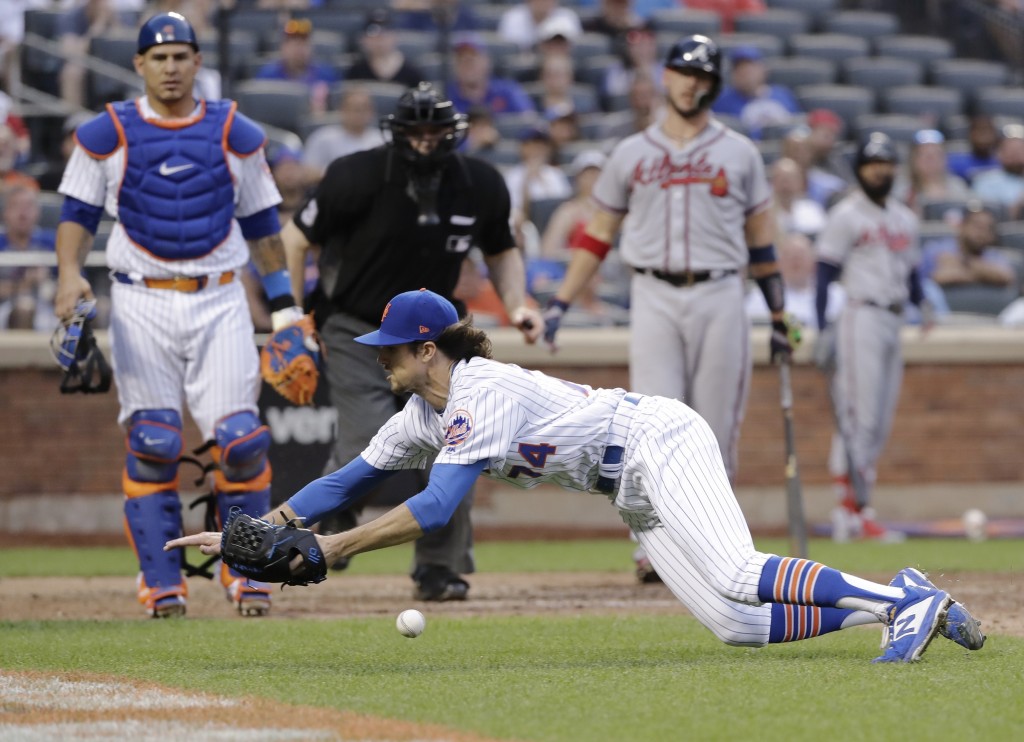 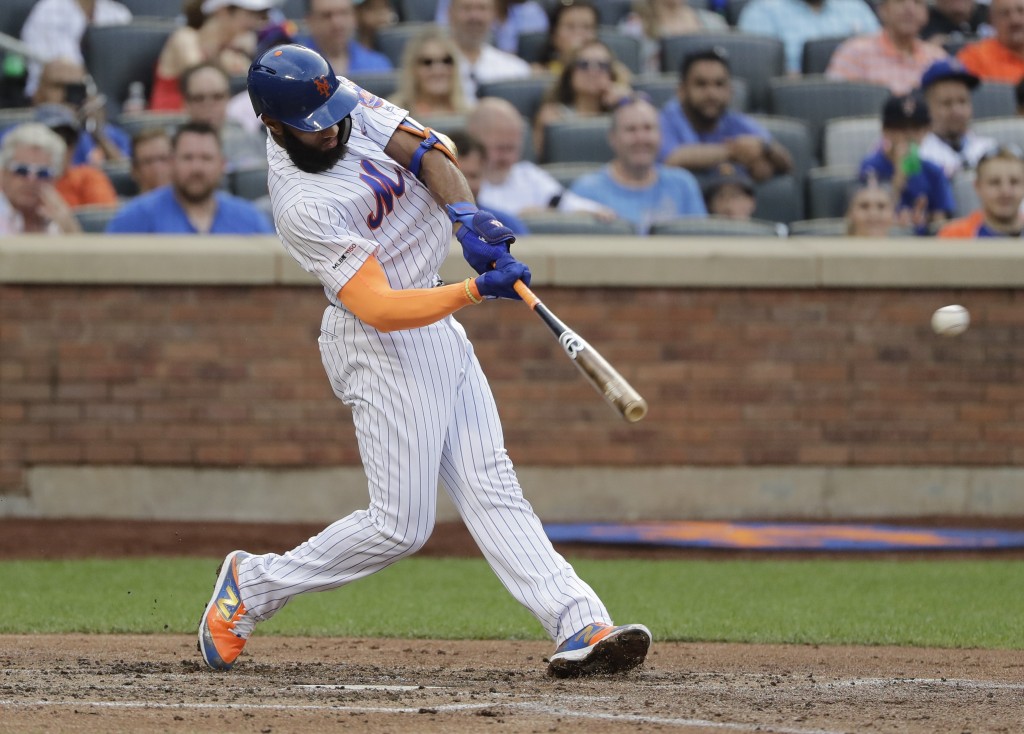 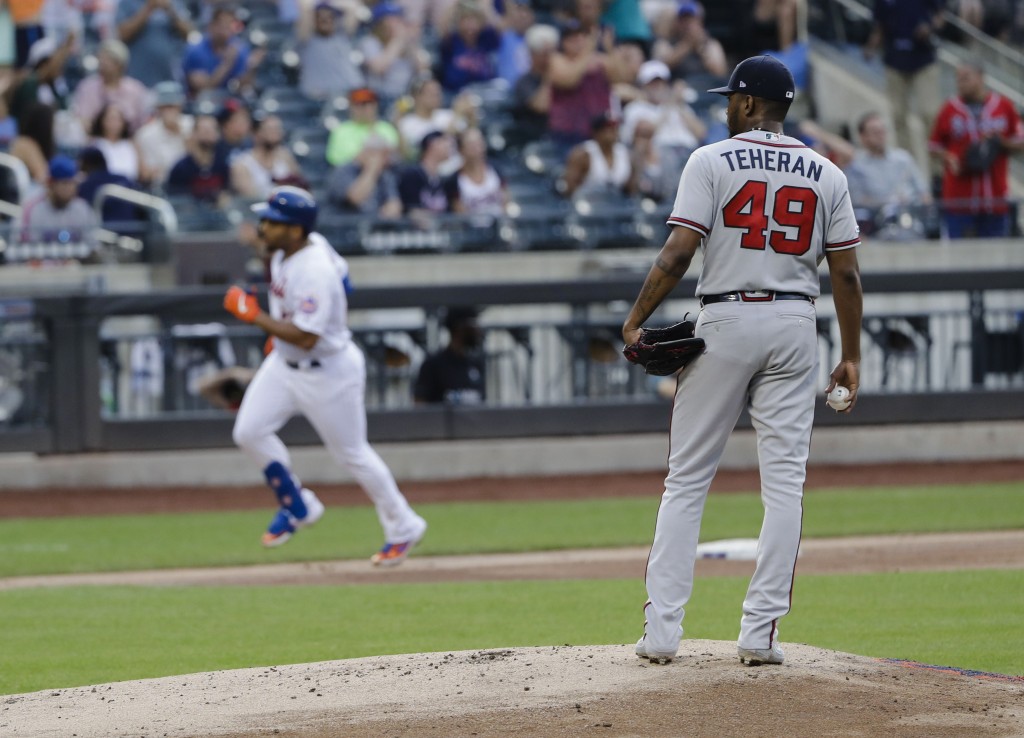 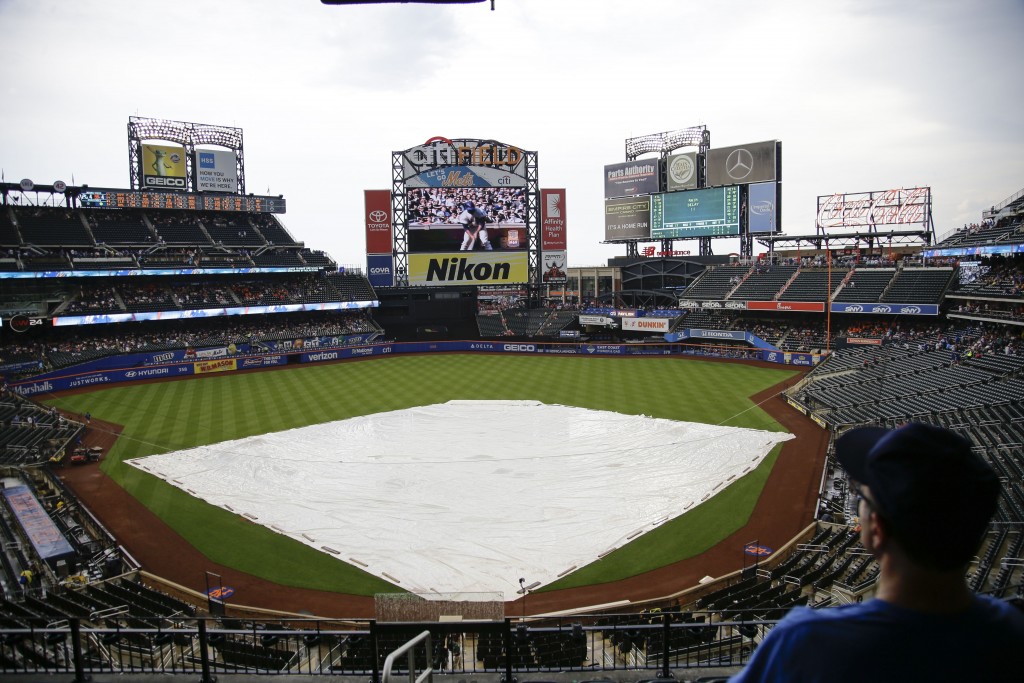 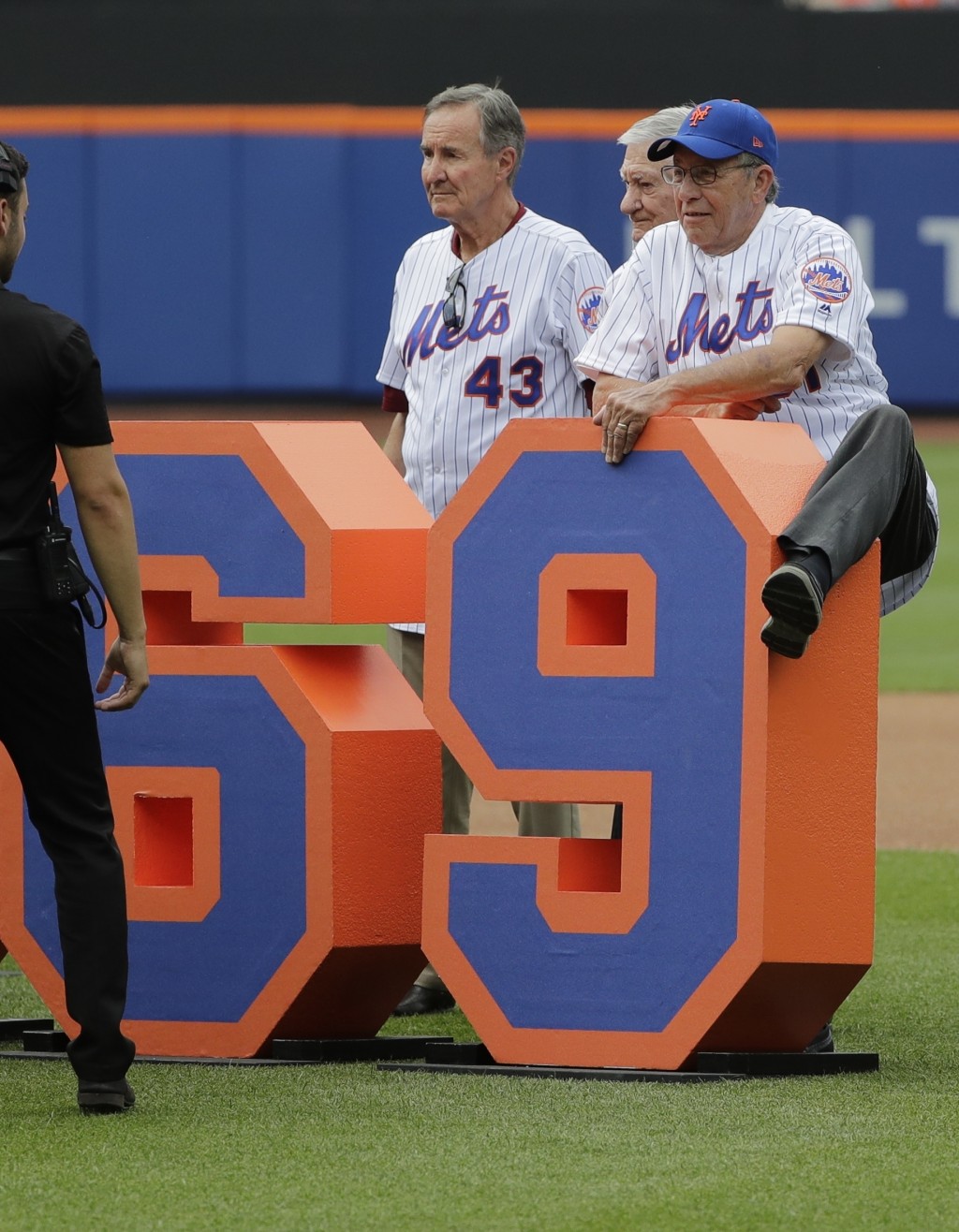 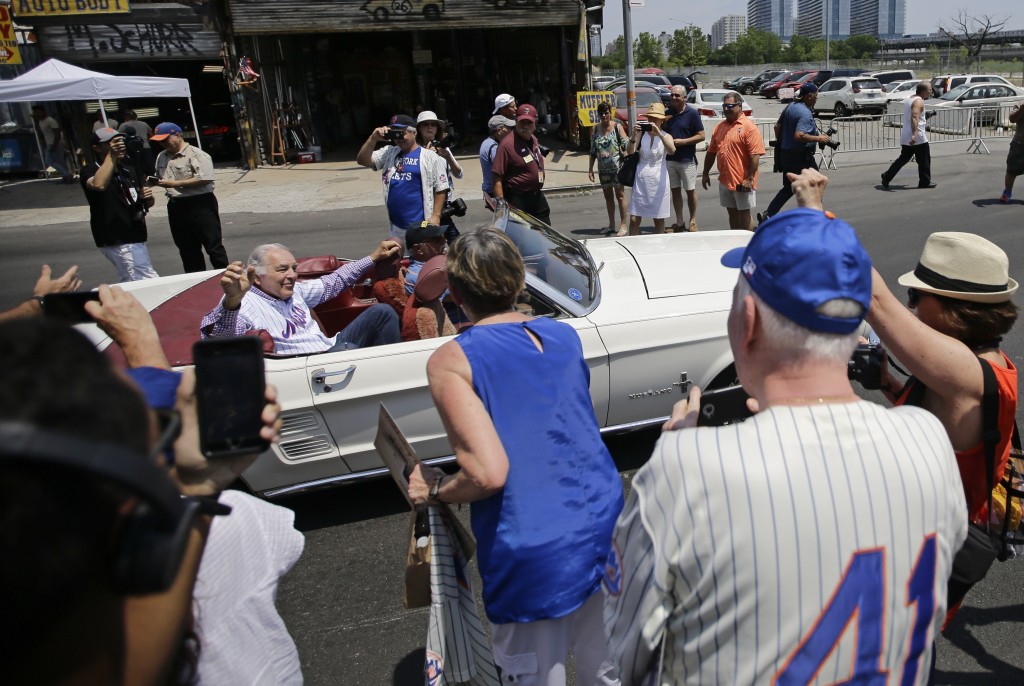 NEW YORK (AP) — Nick Markakis and Austin Riley hit consecutive solo homers to give Atlanta the lead in the eighth inning, and the Braves spoiled the New York Mets' feel-good Saturday by rallying for a 5-4 win.

Braves closer Luke Jackson stranded runners at second and third in the ninth for his 13th save, handing New York its seventh straight loss.

The 1969 World Series champion Mets were honored on the field before the game, and then former independent ball pitcher Chris Mazza found himself in line for the victory after a sharp major league debut.

The back-to-back homers ruined that. Markakis, who entered when second baseman Ozzie Albies was hit by a pitch and left the game, homered off struggling reliever Seth Lugo (3-2) to tie it at 4. Riley crushed a soaring shot on the next pitch to put Atlanta ahead.

Sean Newcomb (2-0) tossed 1 1/3 scoreless innings. Jackson worked around an error by first baseman Freddie Freeman and a walk, ending it by striking out Dominic Smith on three pitches.

New York has dropped 13 of 17, and the club is a season-worst 10 games under .500. The bullpen has blown a major league-most 21 saves in 39 opportunities, and Lugo has squandered a lead in his last three appearances.

Ronald Acuña Jr. and Dansby Swanson each had three hits for NL East-leading Atlanta, which improved to 50-34, the fastest the franchise has gotten to 50 wins since 2003.

Markakis homered on a 3-0 pitch for the first time in his 14 big league seasons, and Riley skied the 14th shot of his impressive rookie season. The 22-year-old has gone deep in consecutive games for the third time in 42 games.

Canó was booed after a strikeout in the second but had his second straight multihit game.

Acuña singled and Swanson scored him with a double in the first two plate appearances of Mazza's career, but the 29-year-old right-hander settled in after that. He struck out two and allowed five hits and no walks, letting out a big yell after striking out Tyler Flowers to end the sixth.

Mazza, a relative of Yankees great Joe DiMaggio, was in his eighth minor league season before being called up. He pitched in the independent Atlantic League and Pacific Association last season. His parents were in the stands cheering Saturday.

Fifteen members of the Miracle Mets paraded down Seaver Way in classic cars, received keys to New York City from Mayor Bill de Blasio and told the same stories for what felt like the millionth time.

"This will be a million and one," joked outfielder Cleon Jones.

"The thing that hurts the most is that he wasn't there," said catcher Jerry Grote, choking back tears when asked about his ex-battery mate.

Plate umpire Bill Welke left after being struck in the mask by a foul ball. Welke was hit in the fifth inning and exited after the sixth. Second base umpire Roberto Ortiz moved behind the plate, and the crew continued the game with three umpires.

Braves: Albies was pulled in the sixth after being hit by a pitch on his left arm. He was visited by a trainer and remained in the game to run the bases, but was replaced on defense for the bottom of the inning.

Mets: RHP Jeurys Familia (shoulder) came out of Friday night's rehab appearance with Class A Brooklyn feeling well. The team is considering whether to give him another tuneup. ... LHP Justin Wilson (elbow soreness) will throw a bullpen Sunday and could begin a rehab assignment after that.