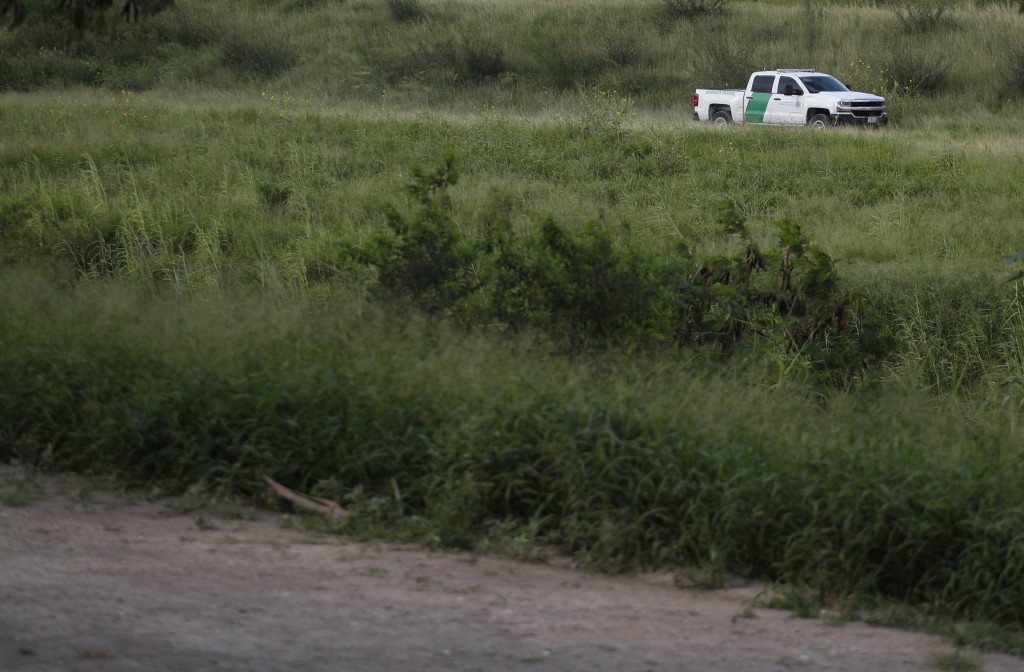 WASHINGTON (AP) — A 43-year-old El Salvadoran man who crossed into the U.S. with his daughter collapsed at a border station and later died at a hospital, officials said Saturday.

The man had been held about a week at the Rio Grande Valley central processing center in McAllen, Texas, according to a law enforcement official. The official said the man, who had health issues, had been medically checked.

The daughter was still in U.S. Border Patrol custody, but officials had requested an expedited transfer to a shelter run by the agency that manages children who cross the border alone, the official said. The official did not know the daughter's age.

The child will be in a shelter until she is released to a sponsor, but that process could take weeks. The official was not authorized to divulge details of an ongoing investigation and spoke to The Associated Press on condition of anonymity.

According to a statement from U.S. Customs and Border Protection, the man's cause of death is not yet known.

The facility, like most other Border Patrol stations along the U.S.-Mexico border, is overcrowded. A review of the death was underway, and Congress and the inspector general for the Department of Homeland Security, the watchdog that oversees the border agencies, has been notified, according to the statement. So was the El Salvadoran government.

Border stations are generally at capacity with about 4,000 people, and more than 15,000 are in custody. Advocates and attorneys have decried fetid, filthy conditions inside the stations that were not meant as more than a temporary holding station.

Even with expedited processing, it's not clear how long the daughter would remain at the McAllen facility. Teens and children are only supposed to be held for 72 hours, but because of massive delays in the system, they are held for several days or weeks.

At least two other adults and five children have died in custody since December, including a teenage boy who died from the flu and had been at the central processing center in McAllen last month. More than two dozen others were sick with flu in an outbreak there in May, and the facility was briefly shut down and sanitized.

To help with the care of migrants in custody, Congress has sent President Donald Trump a $4.6 billion aid package. Administration officials say they are expecting a 25% drop in crossings in the month of June.